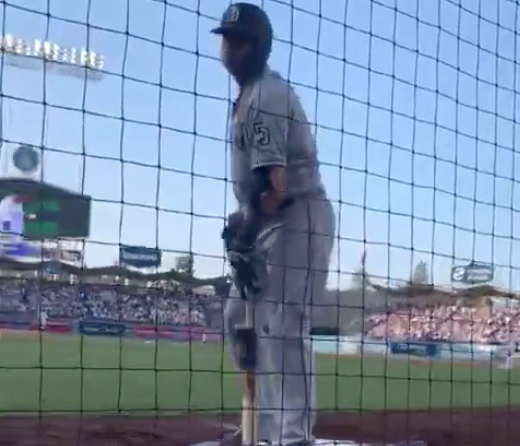 And, most importantly, he already seems to understand the significance of the team’s biggest interstate rival — the Los Angeles Dodgers. The SoCal rivalry is very much real, with Dodgers fans making a habit of attempting to invade Petco Park — and often succeeding.

So when a heckler at Dodger Stadium attempted to troll Machado, he fired back with a perfect response — which included a World Series guarantee of sorts.

“I bet you my contract we’ll win the World Series before you [Dodgers] guys, do,” Machado chirped.

Machado was awarded a massive 10-year, $300 million contract, so that’s one heck of a guarantee.