Yes, I Know I Won’t Have Nate Kaeding To Kick Around Any More (Excuse The Pun) 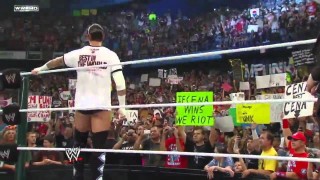 The title of the post is a reference to Richard Nixon’s concession speech for the 1962 California gubernatorial election.  Did you know I hold a Master’s Degree in American History?  Of course you did, FAITHFUL READER.  In all seriousness, there isn’t a Charger fan alive who hasn’t thought what it would take to rid the Bolts of Nate Kaeding.  Sound harsh?  If AJ had the balls to cut (I highly doubt anyone would trade for him unless they plan on not making the Super Bowl) Tweety, I wouldn’t need to say such things.  Speaking of history, we all know Mike Vanderjagt got one chance to choke (he didn’t miss three field goals like the Great Gazoo, either) before the Colts moved on to sign Vinatieri.

I know that we deserved to lose the games he choked due to the mistakes of so many others (Parker, Olivea, Florence, McCree, Phillips…), but the fact that AJ kept him around when no other team would sends the message that underperforming in big spots is acceptable.  My other least favorite Bolt, Luis Castillo, was also injured yesterday.  I don’t wish anyone to get hurt, but when I saw the article on him in the U-T the only comment from a reader was “I didn’t know he was even playing.”  I know his job is to eat up blockers to free up the linebackers.  I just think he doesn’t it very well, especially when you consider what we are paying him.  The only time his name was called yesterday was when Adrian Peterson blew right by him.

I heard Josh Lewin liken yesterday’s game to the ’07 opener when we needed to rally to beat the Bears at home.  What he didn’t remind listeners was that the next week SI featured us as “for real,” and got embarrassed in Foxboro.  You remember, right?  It was the game after it was revealed that the Patriots taped practices, aka “Spygate.”  That was also the rematch that Shaun Phllips promised he would take “personally.”  Cris Collinsworth told the national viewing audience that the Bolts had no business being thought of as contenders and he was right.  Of course, the team rallied after losing two more in a row.  We can’t afford that kind of start this time.

The defense deserves a lot of credit for making some big stops.  Sanders and Spikes definitely made their mark.  But things will get a lot tougher next week.  I don’t know whether the short passing game was part of our game plan or was a result of Rivers getting hit (I’m looking at you, Jeromey Clary) or the fact that he was clearly off with his accuracy.  I don’t think we should have forced the ball to Jackson although Rivers had two picks anyway (in the red zone, no less).

I saw Nick Canepa say today that if the Bolts win on Sunday, they would definitely make the playoffs.  I can’t disagree.  This will be a big statement game.  The Pats, with a shortened week, will be playing their first home game.  Time to Bolt The Fuck Up.

Related To Justice is Coming