Your Morning Dump… Where Kemba and Fournier have an instant chemistry 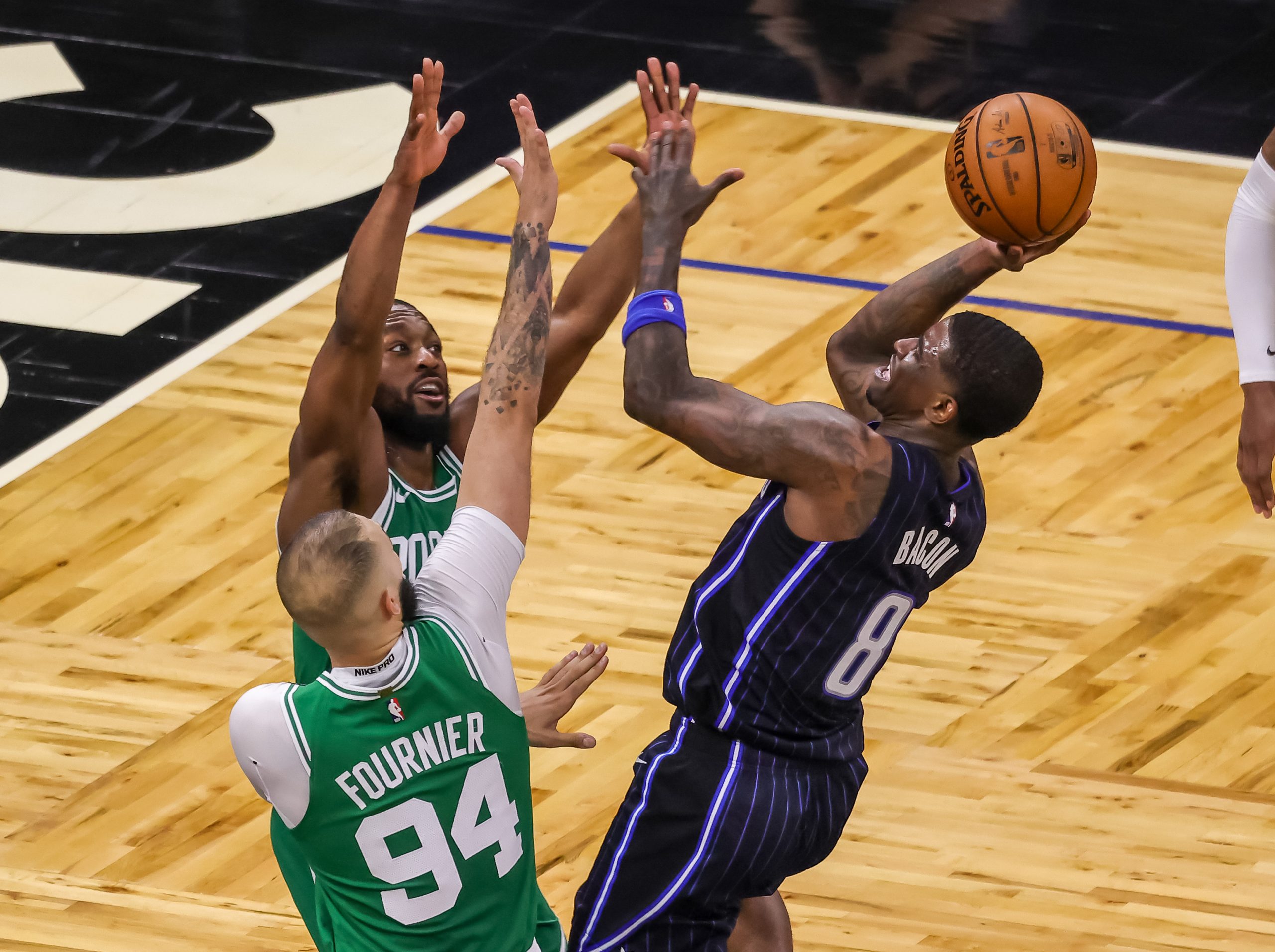 But coach Brad Stevens made it clear after Wednesday’s game that he is intrigued by the Fournier/Walker pairing. They have played against each other for so long — they were division rivals for years while Walker played for the Hornets and Fournier was with the Magic — that they are familiar with each other’s games even if this is their first time on the same side.

Fournier said the fact that they both played for coach Steve Clifford during their careers might be helping, too.

“He’s the type of player that can really catch and shoot and [we] play off each other,” Fournier said, “and when I’m driving I look for my teammates. And sometimes he’s open so I just try to hit him.”

Said Walker: “I think we just had an instant chemistry. He’s just fun to play with.”

Say what you want about beating up on a team that has not been competing for two months, but this win was certainly a step in the right direction for the Celtics. Why? Because they were playing team basketball, getting everyone involved, and playing a full 48 minutes. Not to mention the veterans, Kemba and Fournier, led the team the way they were brought in to do.

This is how the offense is supposed to operate at its core and take pressure off Jayson Tatum and Jaylen Brown to be the key initiators. Playoff defense is going to be so demanding on them that they are going to risk burning out if they are the primary initiators for most of the game and that’s where Walker and Smart — who thrived in a passive playmaking role Wednesday — will have their greatest impact.

Not to mention Fournier being a reliable 3-point shooter in the corner to add additional pressure to defenses. We have all seen what happens when the wrong people try to initiate: Marcus Smart jacking threes, Tatum driving into off-balanced fadeaways, and out-of-control takes by Brown. Kemba and Fournier are the veteran cogs that make this Celtic offense go.  But what is the point of all this?

So if Boston outplays New York by one game until the season finale and then beats the Knicks, and if Boston plays Miami even the rest of the way while taking one of those games at TD Garden, then Boston would top both of them in the standings. It’s not a very tall order.

From there, the only question would be where is Atlanta in all of this? The Celtics in a 4/5 matchup would be ideal. From there, it’s about matchups, preparation, and … more hope … this time that the roster is turning a corner.

On Page 2… Fournier’s return to Orlando

Fournier took some time to reflect on the experience during his postgame press conference.

“It was fun,” Fournier said. “I didn’t know what to expect. Like I said yesterday, I was really locked in, just trying to get to the win. Just focus on the business. But I mean obviously it touched my heart and I was happy to see all memories on the screen and to get a big cheer from the crowd.”

Fournier enjoyed getting to catch up with his former teammates and coaches. Of course, beating them in a blowout made the reunion even sweeter.

Gotta tip the cap to the team that made you, but Fournier is onto bigger and better things. The issue has been COVID-related complications for Fournier, but hopefully his performance in the last two games is indicative of better play to come.

Globe: Evan Fournier was the feel-good story of the Celtics’ rout of the Magic

NBCSN: Kemba doesn’t miss a beat in return vs. Magic