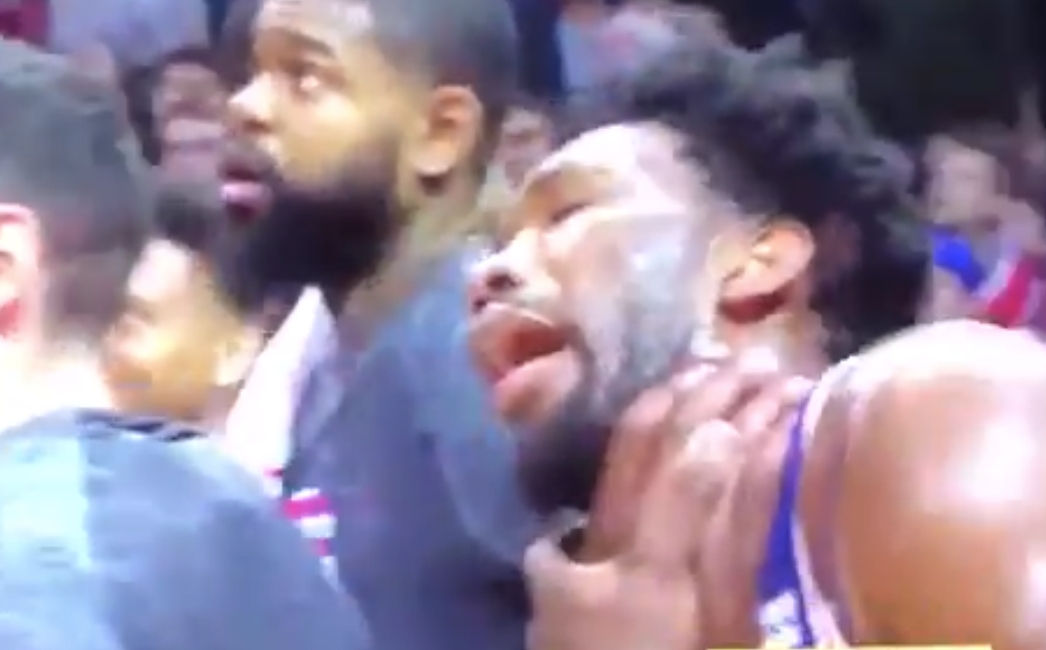 Sixers center Joel Embiid may only be playing in his second season in the NBA, but when it comes to his troll game, he’s a veteran.

Embiid got into it with Willie Reed during the second quarter of Monday’s game, which began when the Clippers big man took exception to a hard foul by the Sixers’ seven-footer. Reed got revenge soon after, though, as he threw Embiid to the ground on the play that followed.

The play was reviewed by officials, and Embiid took full advantage of the stoppage of play. He trolled Reed by pointing at him and then doing a choking motion.

Reed was hit with a Flagrant-1 foul, and it’s safe to say Embiid got the best of him on that sequence of events.