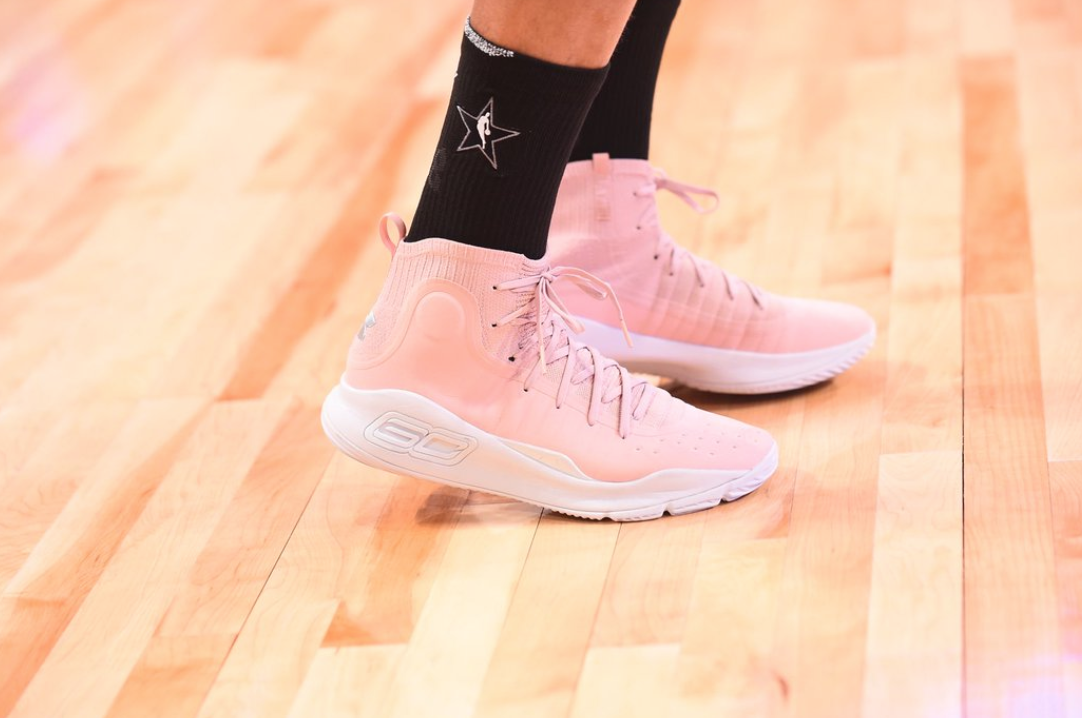 Warriors star Stephen Curry used his captain status to show off his new kicks during the NBA All-Star Game on Sunday.

Curry revealed the Under Armour Curry 4 sneakers, and did so by wearing a pink version of the shoes, which you can see below.

The shoes didn’t bring Steph luck in the first half, as he made only one of nine shots he attempted.