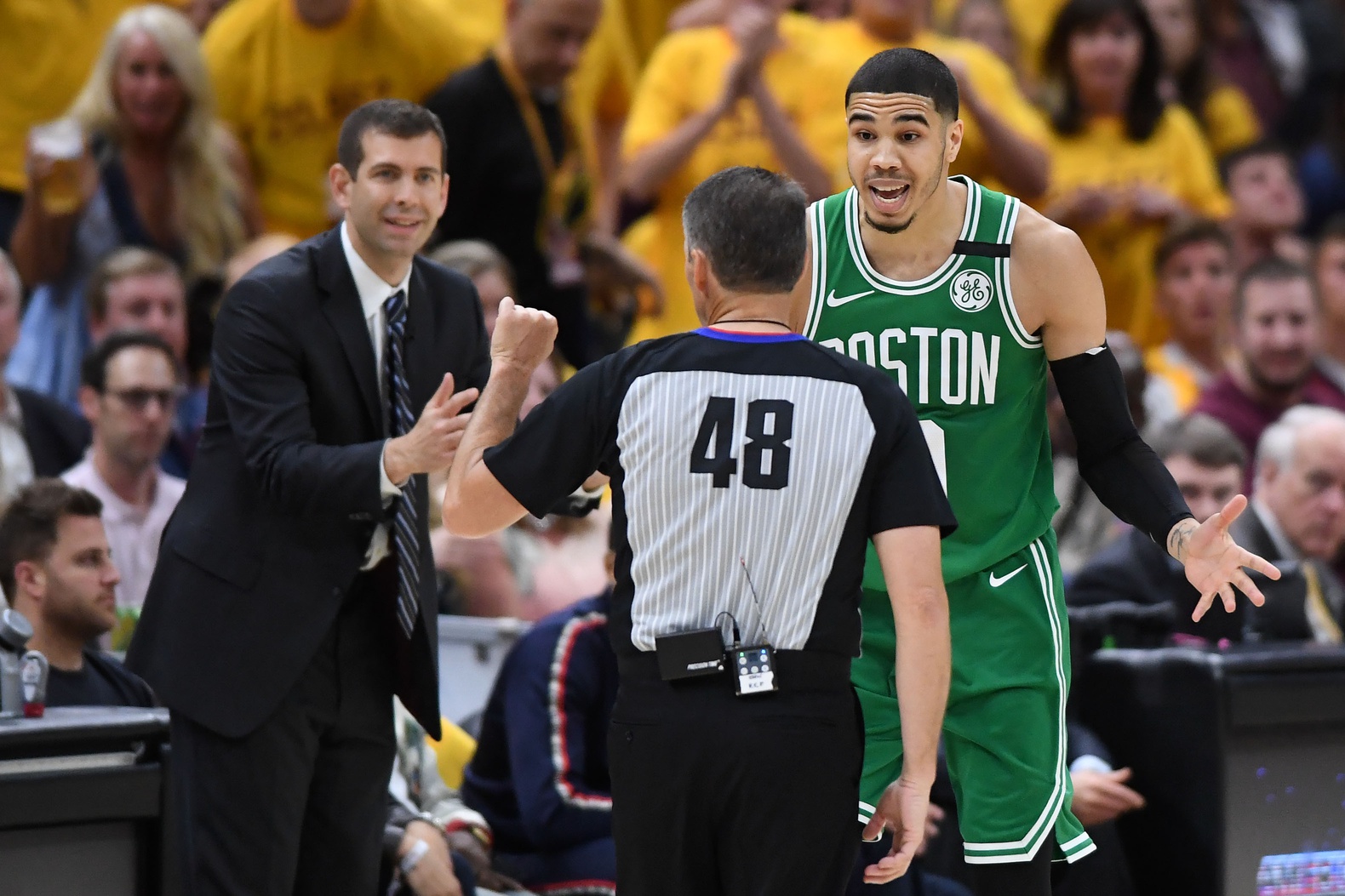 We’ve been on a Celtics roller-coaster for about nine months now, but tonight’s ride may have been the worst.

The Cavaliers rode a dominant 1st quarter to a 111-102 win in Game 4. Cleveland desperately tried to give this game away but the Celtics made dumb plays and horrible decisions every GOD DAMN time they made some headway.

The Celtics shit themselves in the 1st quarter. I’ve never seen this team look so jittery. Jaylen Brown was BRUTAL. How brutal? Kyle Korver blocked him TWICE. He also missed a dunk, as did Jayson Tatum. Marcus Smart was equally awful. It was 34-18 after 1.

Brad Stevens NEEDS to figure out a way to keep Terry Rozier off LeBron James. It felt like the Cavs targeted Terry in the PnR about 50 times. And just about every time the Celtics would switch, James would back down Rozier and score in the paint. Rinse and repeat.

There were some positives (Rozier: 16 points, 11 assists, 0 TOs; Brown finished with 25 points) but nothing that really deserves more attention than the garbage Boston served up in the 1st half.

I know we’re headed home for Game 5 but I’m not feeling all that confident.

This is crazy Kyle Korver really got Jaylen Brown out here looking like Papa Doc after Eminem exposes Cranbrook pic.twitter.com/NN7LvJOJn3

This is what the kids call a 5 Point Swing pic.twitter.com/BDNTxIdbz1

Now you can see what happens when the switch is forced to the low post. Baynes can bump Rozier out of there BUT Rozier should be going straight to the corner. That mistake, however brief, is all Korver needs pic.twitter.com/sHcBpMQBJ1

Cavaliers aren’t losing this game when Celtics make plays like this 🤮 pic.twitter.com/gGZ07j5vJJ

This was a foul on Marcus Morris……….. (@MillerLite) pic.twitter.com/UJRzYHzcp5

Wide open but doesn’t know it

Aron Baynes and the Celtics just re-created that scene from Forrest Gump where the entire sideline points him the other direction pic.twitter.com/7nw9tL9pR3