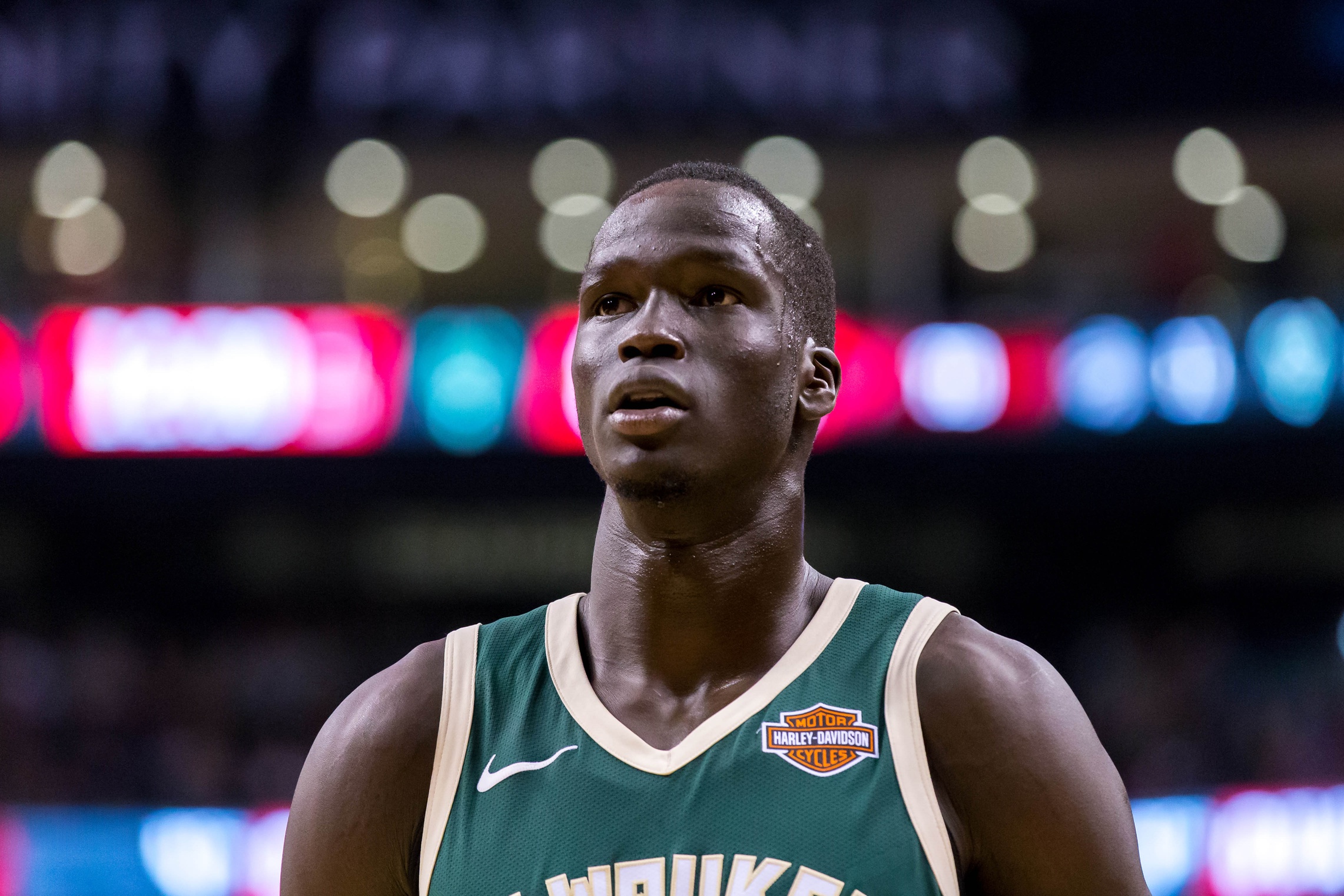 Most of the basketball world was flabbergasted by the Milwaukee Bucks making Thon Maker the 10th overall pick in 2016. It was almost as unexpected as Malcolm Brogdon, selected 36th, winning Rookie of the Year.

Jump to today and Brogdon has established himself as part of the Bucks bright future. Meanwhile, Maker is still trying to make a name for himself.

This offseason Milwaukee signed veteran big men in Brook Lopez and Ersan Ilyasova. Bucks fans are more than familiar with Ilyasova, who spent his first seven NBA seasons with Milwaukee. Coincidentally, Ilyasova was also drafted 36th overall (2005). Lopez will strictly operate at center while Ilyasova figures to spend some time at both power forward and center. And of course there’s John Henson, the team’s best rim-diver and shot-blocker.

So it’s safe to say Maker has stiff competition for minutes. It won’t be easy surpassing last year’s role, which was already fairly modest.

Even if Ilyasova doesn’t see any time at center (which he almost certainly will in small-ball lineups alongside Giannis Antetokounmpo), Lopez and Henson are strictly centers (just like Maker). Maker has flashed inconsistent outside shooting, but at least he’ll fire away, unlike Henson. Lopez and Ilyasova, as stretchy as they are offensively, don’t boast Maker’s defensive upside. Those three guys are what are they are in this league. They’ve evolved as much as they can. Turning 31 in April, Lopez has always been a little slow-footed; struggling to defend the pick-and-roll is his middle name. Ilyasova, the oldest of the bunch (32 in May) is more mobile than Henson, Lopez and Maker, but Ersan isn’t a rim-protector. Henson (28 in December) isn’t a great switcher defensively either and then clogs the court spacing some on offense. Milwaukee’s best case scenario this season involves Antetokounmpo reaching an MVP level, sure, but Maker taking a step forward in his development would do wonders as well.

It will be important for Mike Budenholzer to maximize the likes of Antetokounmpo, Khris Middleton, Eric Bledsoe and Brogdon — and the team appears deeper along the wing (Sterling Brown, Tony Snell, Pat Connaughton, Donte DiVincenzo) — but the Bucks must not forget or fail to keep Maker, who turns 22 years old in February, involved and engaged.

The way Maker sits in a stance and moves his feet, the way he rises for rejections, still inspires hope that he has another gear within his reach. Budenholzer once extracted maple syrup out of Pero Antic. Best believe he can do the same with Thon Maker.

Let’s not lose sight of the fact that Maker stepped up in the playoffs in both his rookie and sophomore campaigns. Thon will have to earn it, but a consistent role will go a long way toward helping Maker shake his inconsistencies. If his playing time is sporadic, expect his play to follow suit. But if Bud prioritizes Maker’s development and affords him a regular spot in the rotation, perhaps the third-year big man is ready to rumble.