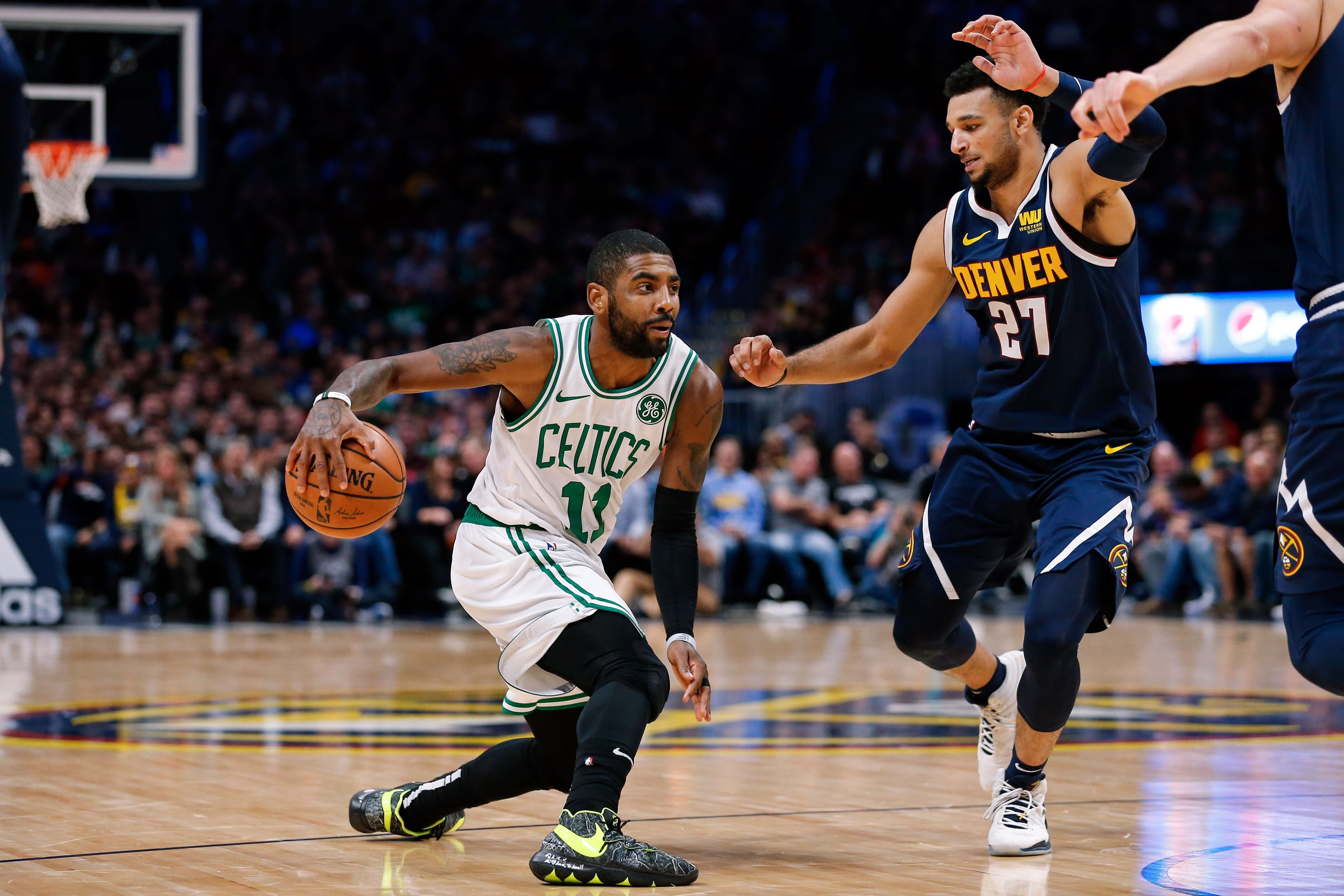 #NEBHInjuryReport for tonight vs @utahjazz:

Irving is attending his grandfather’s memorial service. While our thoughts are with him and his family, we can’t help but miss his production:

Irving has made at least four 3-pointers in each of the last five games, matching the longest streak of his NBA career

The line shifted from Utah -3.5 to Utah -6 upon news of Kyrie’s availability.

With or without Kyrie, this game is all about Gordon Hayward. Here’s some salt, courtesy of SLC Dunk:

It’s been over a year since Gordon Hayward decided then reneged then decided again that he was going to become a Boston Celtic (no phone call to Gail required). This will be the first time he travels to Utah. Last year on the first game of the season Gordon suffered a gruesome injury to his ankle that kept him out for the remainder of the season. As such the salt that awaited the Benedict Jazzman had to be held in storage until this year. Luckily, the schedule makers didn’t make Jazz fans wait until March this time. The Utah Jazz finally face the Boston Celtics.

While many Boston fans out there have the attitude of “Why are you still mad at this guy for leaving?” while they still use the name Ray Allen as an obscenity, this game is going to be an existential and cathartic experience for the home crowd.

… They believed in his ability to lead them to the playoffs. They believed he would stay. They put up billboards. The believed him that he was really having second thoughts about leaving Utah even after every damn good reporter said contrary.

I hope Gordo has a good game in front of his ex-fans who undoubtedly will serenade him with boos (strong by Utah standards). I’m not expecting the Celtics to win tonight which often means they will.