Buddy Hield is having a breakout season 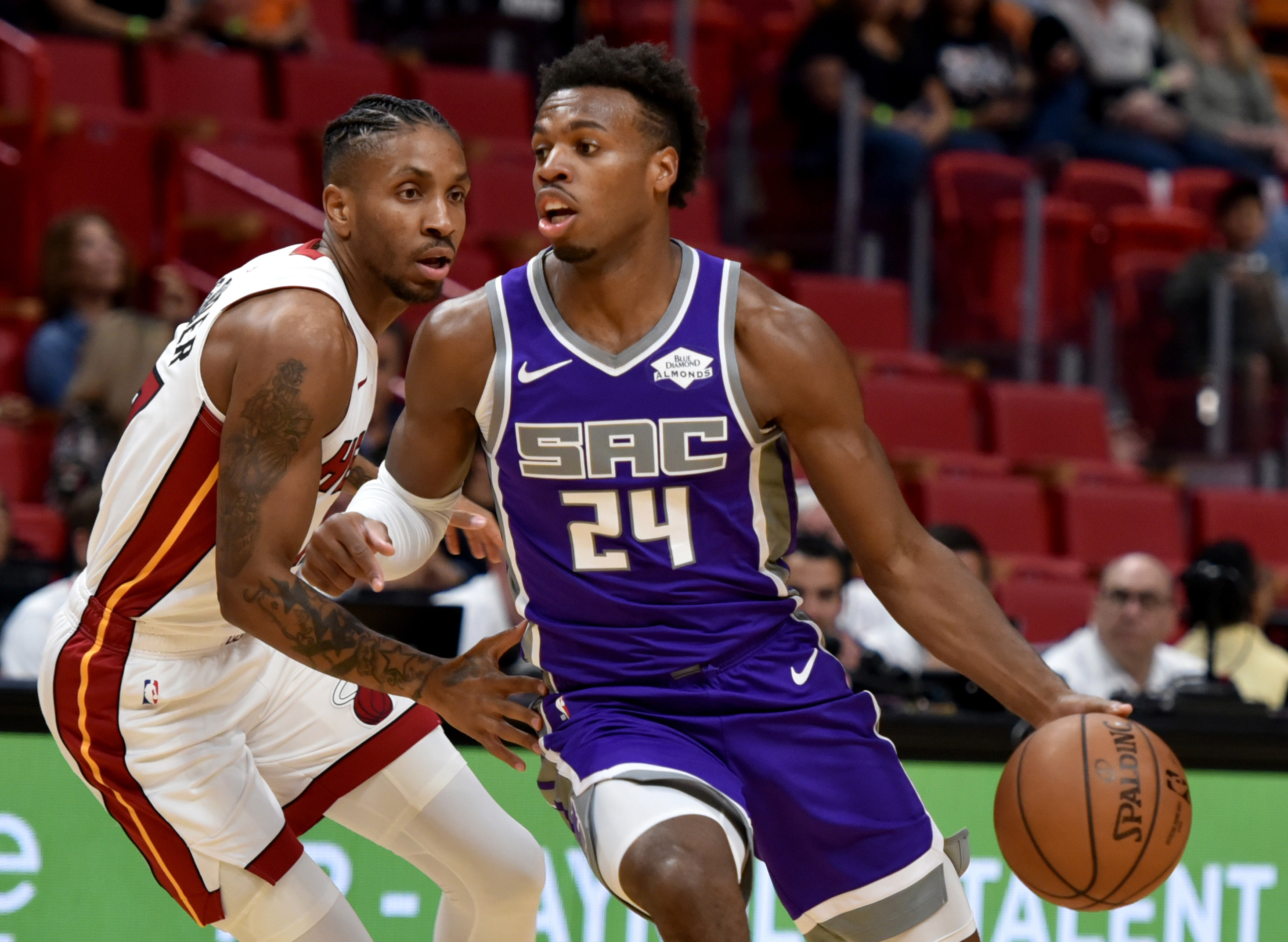 Buddy Hield is having a breakout season

The Sacramento Kings have started the 2018-19 season better than anyone outside of California’s capital city would have predicted, and third-year shooting guard Buddy Hield deserves a significant share of the credit.

The Kings are 8-6 following Monday’s win over the Spurs. The franchise that hasn’t made the playoffs in 12 years is currently in eighth place in the Western Conference.

It’s unlikely Sacramento hangs onto that playoff seed — slow-starting yet star-studded teams like the Rockets, Jazz, Lakers, Pelicans and Timberwolves are all behind the Kings in the standings — but they have noticeably improved from last season, when they finished 27-55.

The Kings are trending in the right direction, with Hield enjoying a breakout season as one of the important pieces of their rebuilding project.

Two years ago, when Hield was crowned college basketball’s national player of the year by a majority of outlets, there was no reason to believe he wouldn’t go on to become a star in the NBA.

Hield averaged 25.0 points per game as a senior at Oklahoma, leading the nation in three-pointers and leading the Sooners to the Final Four. He was taken No. 6 in the 2016 draft by the Pelicans.

However, Buddy didn’t exactly take the league by storm. Midway through his rookie season, he was traded to the Kings as part of the DeMarcus Cousins deal.

The history of NBA stars who were discarded during during their first year by their first team is short, but it has happened before. Chauncey Billups and Joe Johnson come to mind — both of them were traded by the Celtics as rookies and bounced around for a few years before earning All-Star status.

Hield could follow a similar path. Early into his third season, he is producing at a consistently high level. And more important than his stats, Hield appears to be carrying himself differently. He is playing like he believes he is the best player on the court.

Hield may not be “The Man” in Sacramento (yet). That title could go to point guard De’Aaron Fox, who is tied with Hield for the team lead in scoring at 18.7 points per game. Perhaps it’s being groomed for rookie forward Marvin Bagley III, the No. 2 pick in the most recent draft. The Kings have one thing in common with the two-time defending NBA champion Warriors in that they don’t have a clearly defined No. 1 guy.

But Hield is at least carrying himself like he wants to be the Kings’ top guy. He is calling for the ball in the fourth quarter. He wants it at the end of quarters so he can take the last shot, like many stars do.

Another thing that stars do is respond strongly to a subpar performance.

On Oct. 23, Hield had by far his worst game of the season, scoring just five points in a loss to the Nuggets. He bounced back by scoring 20-plus points in six of his next seven games, including a season-high 27-point effort in a win over the Hawks.

The jump shot — and the range that comes with it — will always be the bread-and-butter of Hield’s game. But this season he is becoming more of a well-rounded scorer instead of a pure shooter. He’s also showing improvement as a ball-handler and passer. His Defensive Rating is even a career-best 100.9 this season, which ranks third-best on the Kings.

Hield is leading the Kings in shot attempts and ranks second in minutes played. Head coach Dave Joerger is keeping Hield on the court when it matters, and Hield wants the ball when it matters. And he’s producing when he gets it.

All-Star nods and having his name at the top of the marquee may still be a few years away for Hield, but this season it looks like he has put himself on a realistic road to what seemed like a certainty when he entered the league.