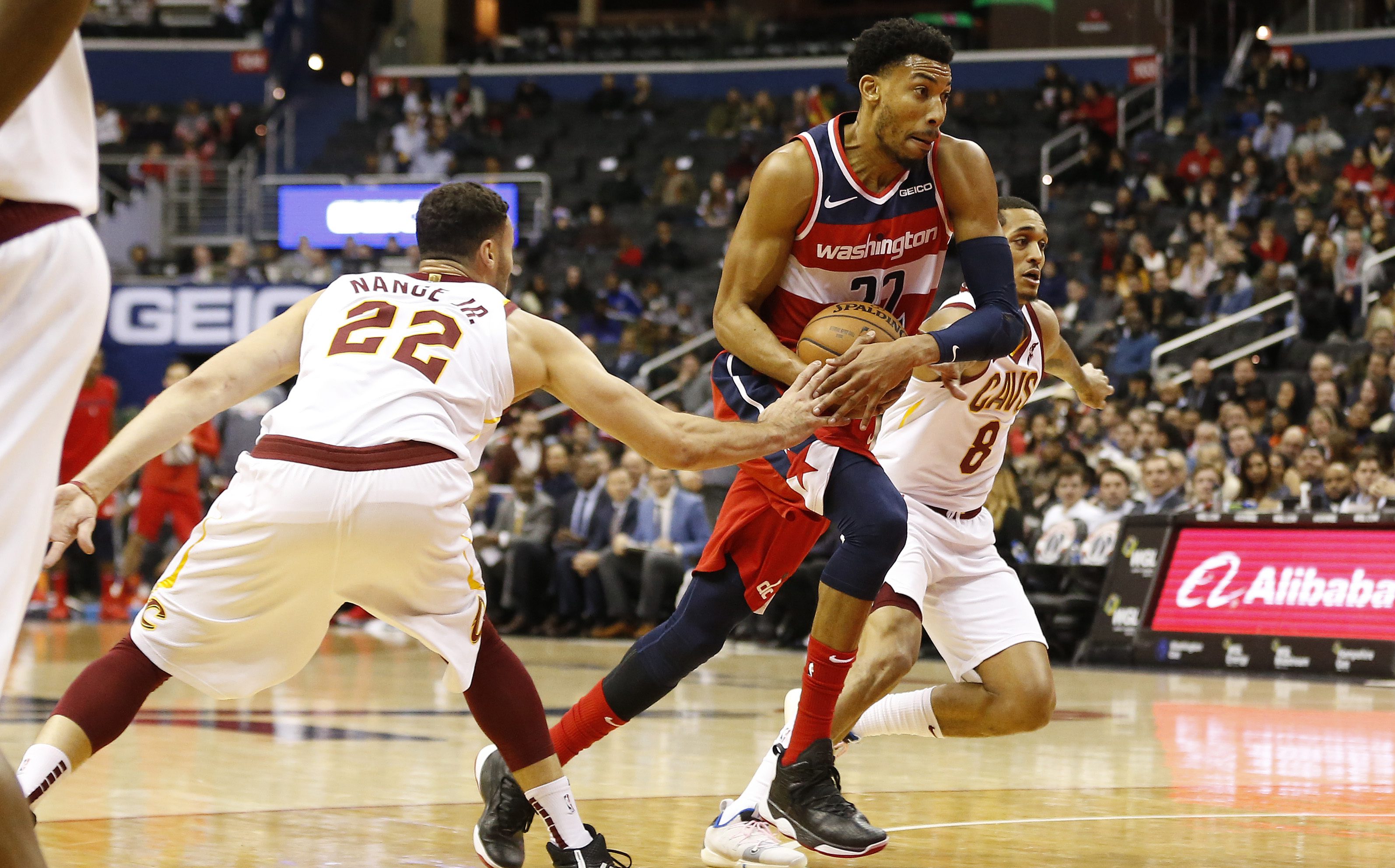 The Washington Wizards were facing an opponent on the next night of a back-to-back at home in the Cleveland Cavaliers. So far in this young season, the Wizards are 0-3 in such games. It did not become 0-4 as Washington cruised to a wire-to-wire victory over the woeful, LeBron James-less Cavs. The contest was seemingly decided before the end of the first quarter.

Including Wednesday, the max money wing has not played in four straight fourth quarters. The game against the Cavs was unlike the three others because it was a blowout. Even before the game, Scott Brooks was seemingly annoyed with the notion that Otto Porter was playing poorly and as a result benched in the fourth quarter in recent games when in reality others were simply playing better at the time and the coach rewarded the hot hand. That probably does not happen with John Wall or Bradley Beal, granted it is a bit of an apples to oranges comparison of talent, but in some ways, Brooks seemed to hint that Porter does not have an ego and is willing to sacrifice for the good of the team even if that means compromising his own playing time. I would not go that far as to what Brooks insinuated, but there is certainly some balance and not a Porter stinks and is hated by the coach ploy going on. Against Cleveland, Porter started 5-of-5 for 11 points to lead Washington to a 41-point first quarter, their largest scoring quarter of the season.

Otto Porter is 5-5 for 11 points in 10 minutes. pic.twitter.com/2HmptaxRXj

As poor as the Wizards on-ball or transition defense may be, they sure do get a lot of deflections and as a result, steals. Washington has the most deflections in the NBA with 16.4 per game, which includes 20 deflections against Cleveland. A big reason for the home team’s success was the road team’s 24 turnovers that turned into 29 points for the Wizards. Washington a great transition team and getting deflections will continue to lead to fast break opportunities, which as Brooks puts, creates a ripple effect to continue playing solid defense.

For the first time in his 11-year NBA career, not include preseason, the Wizards’ $64 million man made a three-pointer. Heading into Wednesday’s game, Mahinmi had missed all 10 of his attempts from deep including two this season for Washington. He missed another three-pointer in the first quarter, but then in the second he rattled one in from the left corner off of a dime from John Wall. Mahinmi has made a few three-pointers during this most recent preseason and made hundreds more over the course of this last offseason as he hopes continues to evolve with today’s NBA. That does not really compare to when it actually counts for something. Granted, the home team was going to win regardless of Mahinmi hitting the three-pointer or not, but it was neat to see. The bench reaction from Tomas Satoransky, Jason Smith, Jeff Green, and Dwight Howard was better than the shot itself.

We knew John Wall gets players paid for getting them open looks, especially from 3. Guess stretch-5 Ian Mahinmi just got paid in advance :/ pic.twitter.com/sWjHhWSHuW

Next Game: As the game, practice, game schedule continues, Washington will host the Brooklyn Nets on Friday who will be without their budding star in Caris Levert.