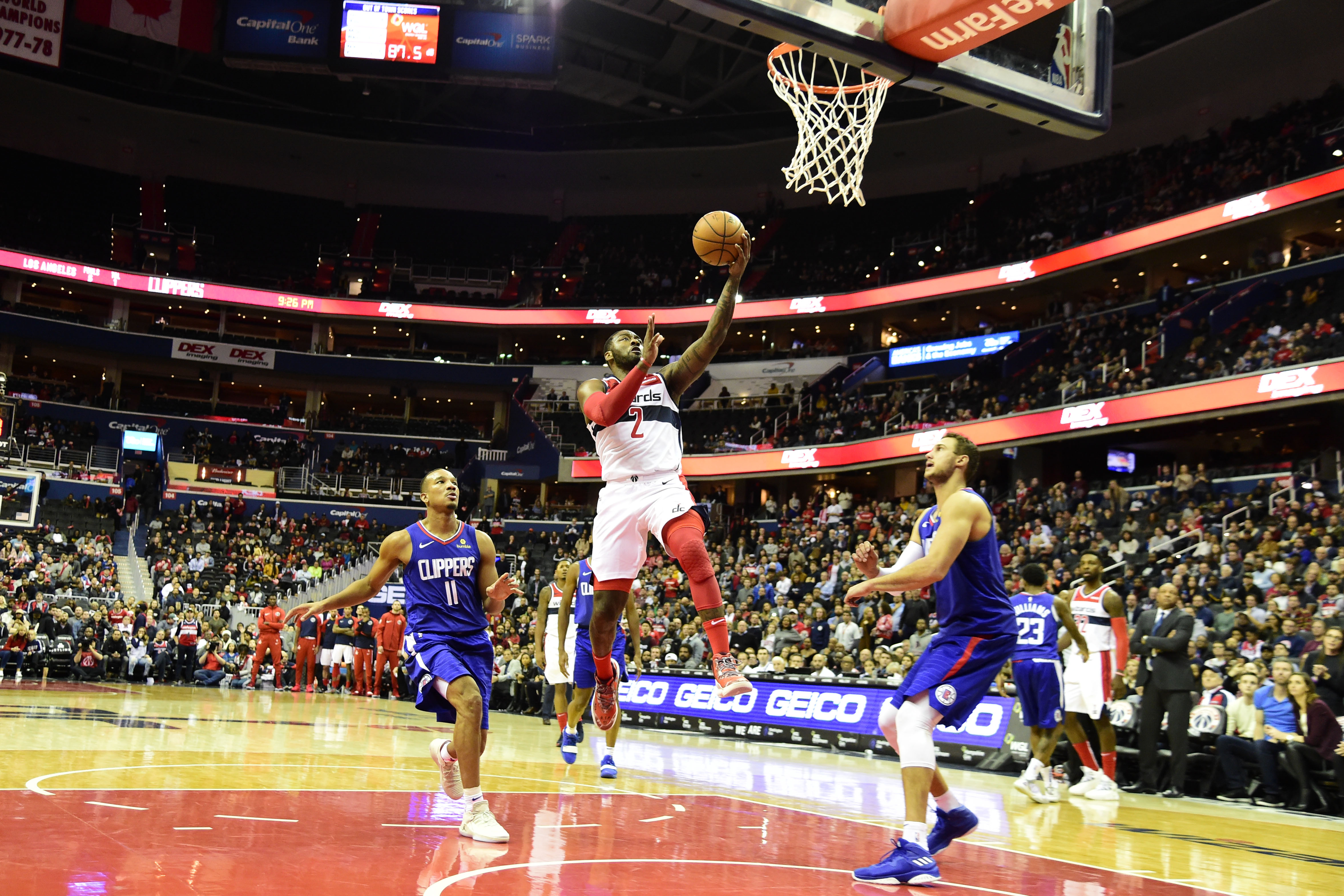 The turmoil around the Washington Wizards from last week’s practice has been well documented by ESPN’s Woj, The Athletic’s Shams, and The Washington Post’s Candace Buckner. John Wall said fuck you to Scott Brooks after getting into it with Jeff Green, Bradley Beal insinuated that the Wizards’ shortcomings start with Ernie Grunfeld (he isn’t wrong) after talking back and forth with Austin Rivers. At 5-11, Washington came into Tuesday’s game potentially on the verge of a massive blowup of a core that has been together for five years now. Potentially for one night only, the Wizards put together a massive comeback to save a little face against a good Clippers team that always plays hard.

Dwight Howard missed his eighth game of the season on Tuesday after reaggravating his piriformis injury that makes it difficult for him to simply bend down. You would think that would result in Ian Mahinmi or Markieff Morris starting at center, but Brooks threw a curveball by giving second-year player Thomas Bryant his first career NBA start. Brooks raved about the 21-year old’s love of the game and constant energy in practice as well as in the final five minutes of the Portland game. In an even more shocking surprise, Morris was benched in favor of Kelly Oubre with Otto Porter sliding to power forward. Bryant ended with tying his career-high with seven points on 3-of-5 shooting in 19 minutes of solid work. Oubre only played 12 minutes because of foul trouble and the strong play from Tomas Satoransky who finished with 13 points, seven rebounds, three assists, and three steals in 24 minutes of work. Morris had 12 points on 3-of-11 shooting and five rebounds in 25 minutes including better play in the second half after a poor start. Brooks described the starting lineup as “fluid” before the game and it really does not matter who starts any particular game, but who finishes and gets the most minutes.

If you thought there was no way that Washington could get down by 20 points in the first quarter for the second straight game at home, you were wrong. LA came out of blitzed the crap out of the Wizards with a 40-18 lead late in the first quarter. The Clippers were 5-of-8 from beyond the arc and 65.2 percent from the field to go along with winning the rebounding battle 15-6 in the first quarter. Midway through the second quarter, the road team was up by a game-high 24 points, 61-37, and entered intermission with a 19-point cushion. For yet another time, Washington allowed their opponent to score more than 70 points on them in a half. To make matters worse, LA was on the second night of a back-to-back, third game in four nights, and did not get into town until around 2 a.m. in the morning after a win in Atlanta.

It would have been very easy for Washington to throw in the towel down a couple dozen in the first half of a game. They did not as they had the mental fortitude to fight through the massive deficit and slowly chip away. The Wizards had done similarly in their losses to Orlando and Portland when getting down so much, but never completed the comeback until Tuesday. Wall suggested that the past experience of being able to close the deficit gave the team the belief that they still had a lot of time left to turn things around. In the second half, Wall and Beal each had 20 points on a combined 12-of-24 shooting after they totaled just 17 points on 10-of-31 together in the first half. Morris and Satoransky each had 10 points each, too. Getting to the free throw line 26 times in the second half as well as forcing 14 turnovers that was cashed into 15 Washington points was certainly a big part. The Wizards needed this comeback is one of the worst ways possible as a rebuild seemingly becomes closer and closer to the reality.

You can hear it in his voice. This is @JohnWall's home. He loves this city and good on @cmillsnbcs for getting that out of him. #WallWay pic.twitter.com/fO9dab6w2S

Next Game: After enjoying a Thanksgiving meal with their families, Washington heads north of the border for a game against the Toronto Raptors on Friday night.