Your Morning Dump... Where slow starts are not a death sentence 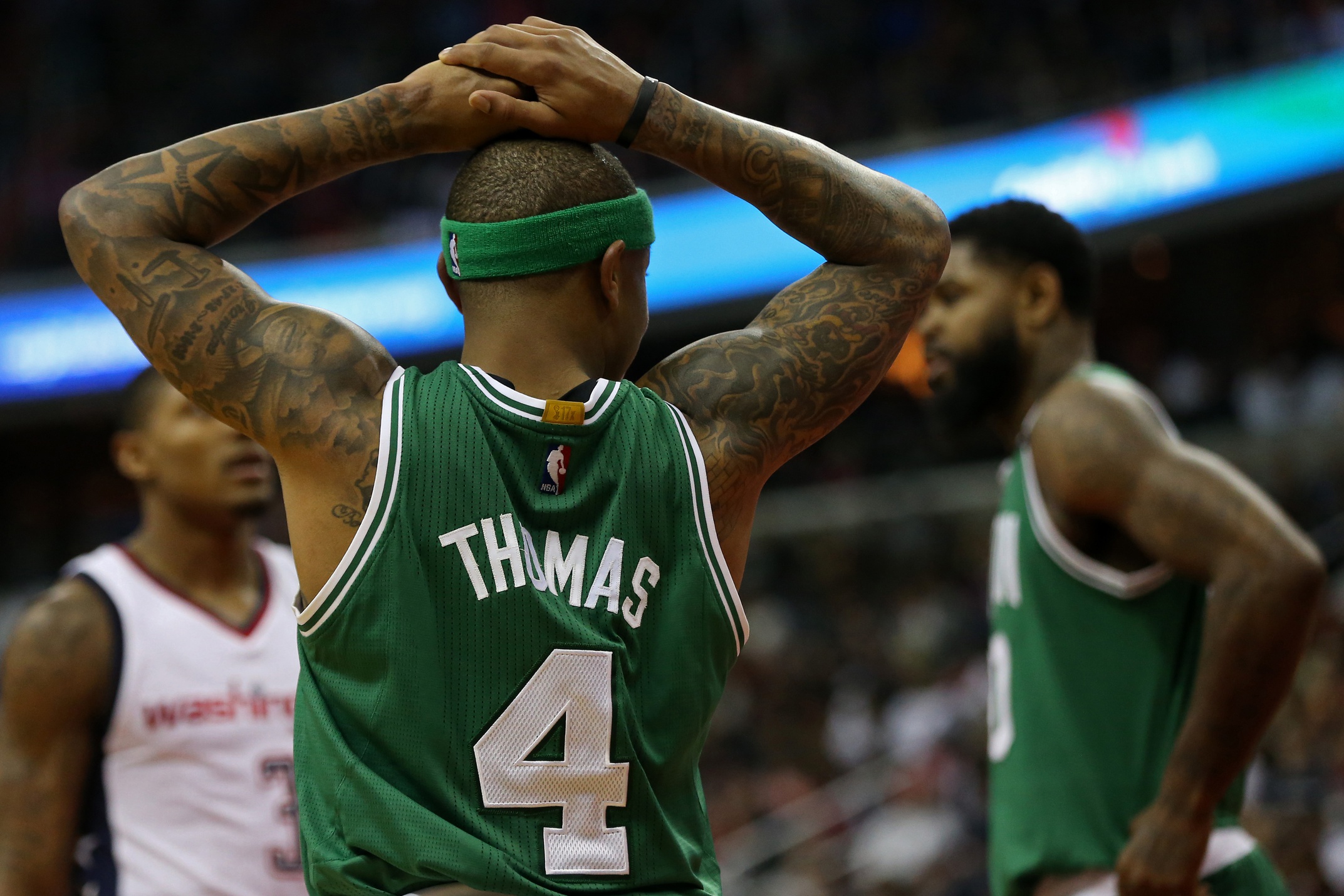 Your Morning Dump... Where slow starts are not a death sentence

There are two schools of thought at this point.

As I say every week, I have not wavered from my stance that the Celtics will figure things out. A lot of stats and team comparisons –  i.e. LeBron James’ first year with the Heat starting with a 9-8 record – point to things working out in the end, although it’s hard to lean on a basketball season that started in 2010 for emotional support in 2018. The weird thing about the Heat comparison, as well as Himmelsbach’s tweet, is that you can extract whatever potential outcome you want from it. He frames it more positively, but this NESN article that quoted him adds an important detail:

To be fair, it likely will take more than 53 wins to be the No. 1 seed in the East this season, as the competition in the conference in the 2016-17 season wasn’t nearly as strong as it is now. Regardless, it highlights Brad Stevens’ ability to weather an early-season storm en route to a successful campaign.

This bridges the gap between the ‘panic button’ crowd and the ‘everything is fine crowd’, since it shows that some ideas on both sides can be true.

These ideas aren’t totally exclusive. If anything, it reinforces the idea that slow starts still aren’t worthy of a total roster overhaul, no matter how irritated you are with Jaylen Brown. (I see you angry twitter people picking on Jaylen. Leave my son alone.)

For whatever my opinion is worth, I’m not vehemently anti-trade. I just think that pushing for trades during every rough patch is extremely impulsive. You could trade almost anybody to the Celtics and increase their chances of winning this week, but I’m not going to freak out about this week, no matter how much the games feel like I’m being waterboarded through the TV. The goal is – and always will be – competing in games that matter.

Let’s do us ALL a favor

For the uninitiated, Terry Rozier is a prolific tweeter. Twitter is a silly place, but since we live in the year 2018, tweets demand news coverage. Naturally, we got a follow-up tweet address cryptic message sent earlier.

I forgot y’all get happy feet..I wasn’t talking about me 🤦🏾‍♂️ chill with the bad talk 😂

“I wasn’t talking about y’all,” Rozier said to the gathered media. “I’ve got a life outside of basketball, so I knew that was a warmup question to get to that. I knew it was coming.”

Celtics fans have been on edge since back-to-back losses dropped the team back to 9-8, and Rozier’s tweet did little to assuage the concerns. It was just cryptic enough to say whatever a worried person could want it to say.

“I’ve got love for the fans,” Rozier said. “But it wasn’t nothing on that. We’re gonna look to come out and play better tomorrow and make sure everybody’s happy.”

Here’s something a real human being posted in response to Rozier’s first tweet:

The replies are littered with reactionary stuff like this. Folks, listen to me: don’t do this to yourselves. Don’t do it with basketball players, with politicians, or accounts people made for their pets. Letting tweets erode your sanity is like taking a power sander to your brain to scratch an itch on your skull. If you want to be mad, go to basketball-reference and look at the Celtics offense. At least there’s some substance there.

The Celtics play the Knicks tonight. If they lose, I’ll join the angry mob. Looking forward to it either way.

MassLive: Gordon Hayward is ‘finding joy’ in his incremental recovery

Boston.com: Blaming Gordon Hayward for Boston’s slow start? That’s not fair, nor is it right