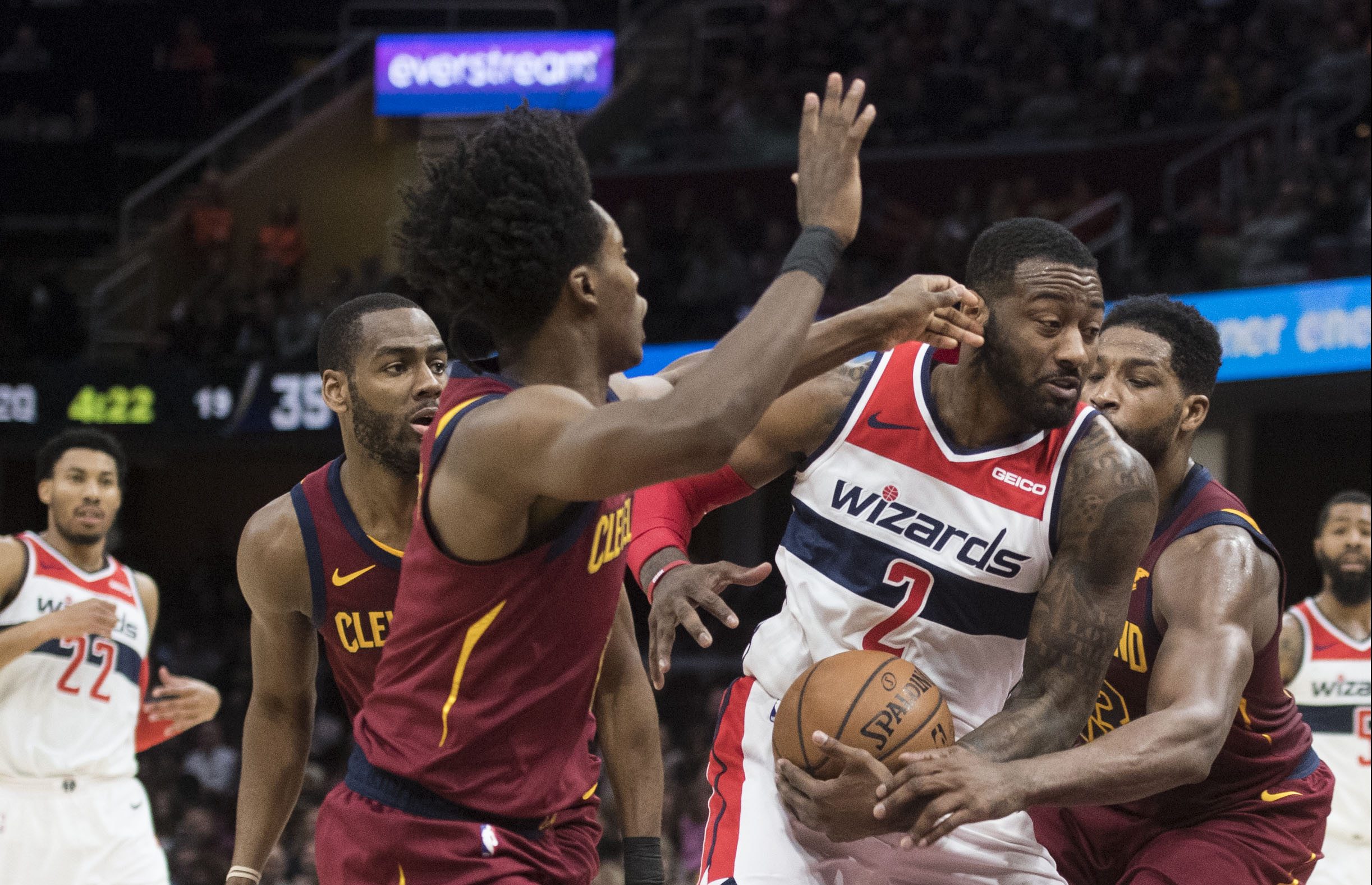 Right when you think the Washington Wizards might have figured things out, they lay an egg against the Cleveland Cavaliers, one of the worst teams in the NBA, who is playing on the second night of a back-to-back. Both teams started the game on fire offensively, but the road team cooled off, while the Cavs continued to score at ease to build up an insurmountable lead. Scott Brooks cited the team having an incorrect mindset, a common theme for this team, which continues to be mind-boggling. Bradley Beal also cited the lack of focus and intensity for the loss. Interestingly, Beal said the team’s collective eyebrows raised with the trade of Jason Smith because he was always a great teammate, but maybe he is just naïve to Ted Leonsis’ bottom line.

To end the first quarter and into the second, the Cavaliers went on a ridiculous 31-4 run as they were getting to the rim at ease and there was a lid on the basket for the Wizards. For over a ten-minute stretch, from 5:06 left in the first quarter to 6:33 left in the second quarter, Washington had one basket and four points. On the second night of a back-to-back, Cleveland shot 54.2 percent from the field in the first half getting 19 points on 9-of-12 shooting and 11 rebounds from Tristan Thompson as well as 17 points on 8-of-13 shooting from Collin Sexton. The effort was porous from the road team despite having two days to prepare for this game. The Cavs had 36 points in the paint before intermission and 30 boards. For comparison, the Wizards had 34 points in the paint and 33 rebounds in the entire game.

#Wizards are embarrassing themselves (again) pic.twitter.com/Fr2wlIDoSs

A 16-point deficit at halftime is not impossible to overcome, especially against a bad team and given Washington’s firepower capabilities. The Wizards had a massive third quarter against the Knicks after an underwhelming first half two games ago, but came out flat on Saturday. Not sure how that happens when you just got whooped by a team looking forward to the draft lottery, but it did. Cleveland started the quarter on a 20-7 run to build a game-high 29-point lead and that drew the white towel from Brooks. Wall, Beal, and Porter sat at the end of the game, while Ian Mahinmi got rare playing time and was +17 in 15 minutes of garbage time.

John Wall with his worst game ever?

The five-time All-Star point guard is arguably not the best player on the team anymore. The way he played on Saturday night, he might not have even been a top 5 player on the court. His defense was again mind-bogglingly in his lack of effort. Offensively might have been even worse as he had the worst statistical game of his career. He had a career-low 1 point and career-low 0 field goals made. He has had two points three times previously in his career, but not since 2012 when he was in his second season in the NBA. Wall has never played in an NBA game in which he did not make a single bucket. In 26 minutes, Wall was 0-of-5 from the field including three misses from deep to go along with six assists and four rebounds.

After not playing on Wednesday in Atlanta for personal reasons that may be more than initially thought (?), Wall joined the team in Cleveland but was under the weather. If that was the case, maybe the team should have given him the night off because they *should* be capable of beating a tanking team without him and the way things turned out, it could not have gone worse. After the game, the Washington Post’s Candace Buckner shared that Wall has been dealing with a bone spur in his left heel and the point guard admitted he probably should not have played. Wall had changed his shoes at halftime last week against Brooklyn because his heel was hurting him.

John Wall spent most of the postgame sitting near his stall and using a device to massage up & down his left leg. He’s been dealing with a lingering bone spur in his left heel. He took five shots and three from the arc —Wall said the injury kept him from driving as he likes to.

Asked John Wall to explain what's going on with his left heel, something that he has been dealing with this season and in the past:

“It’s just like a bone spur. … I probably shouldn’t have played, that’s my fault. But you learn from your mistakes.”

Next Game: Washington wraps up their four-game road stretch in Indiana on Monday.