Recap: Bloody Celtics pull away from Nets in weird win 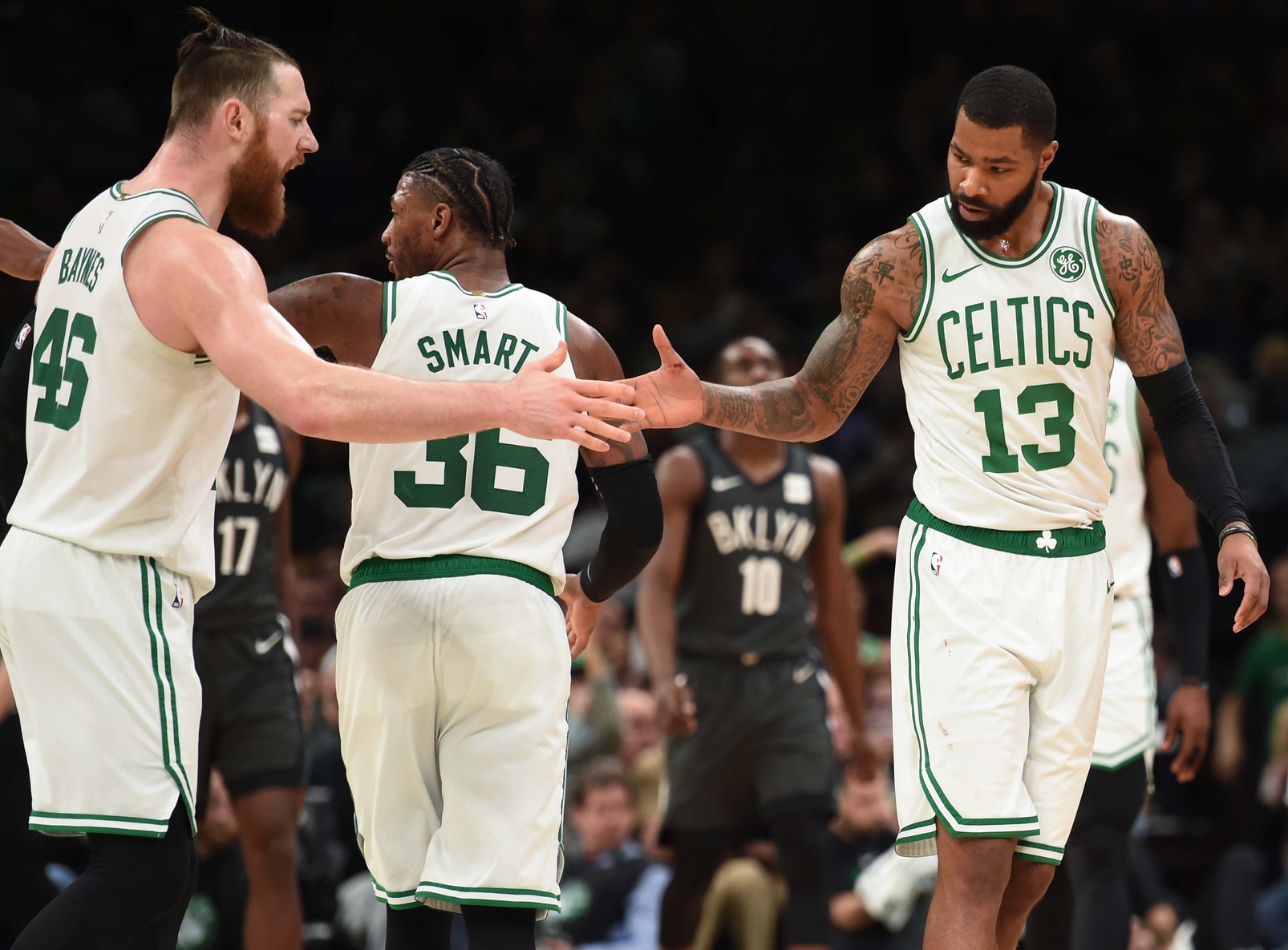 Recap: Bloody Celtics pull away from Nets in weird win

With Kyrie Irving nursing a sore hip, the Celtics rode strong performances by Jaylen Brown and Al Horford to beat those pesky Brooklyn Nets, 112-104.  Per usual, the Celtics f-cked around and didn’t drop the hammer until late in the 4th quarter.

This was a weird one. The Celtics needed 4 stitches for 3 cuts, tied a franchise record for blocked shots and saw Aron Baynes (2) make more 3-pointers than Jayson Tatum and Marcus Morris combined.

The high-octane duo of Aron Baynes and Marcus Smart (combined for 6 3-pointers and 30 points) carried the offense in the 1st half.

Jaylen Brown (21 points, 9-16 FG, 6 rebounds) and Al Horford (14 points, 11 rebounds, 5 assists, 6 blocks) churned out strong performances. Brown looked comfortable and confident from every spot on the floor. Dare I say, he’s turned the corner after a tough start. Meanwhile, Horford recorded his third consecutive double-double for the first time as a Celtic.

Stop me if you’ve heard this before but the 3rd quarter was awful. Brooklyn dropped 38 points and whittled a 10 point deficit to one. D’Angelo Russell erupted again (14 of his 23 points). The Nets had 7 offensive rebounds and 4 steals.

Gordon Hayward had two points on… oh f-ck it.

Al picked up his first technical foul of the season for protesting the lack of a foul call when he got whacked on the head driving to the hoop.