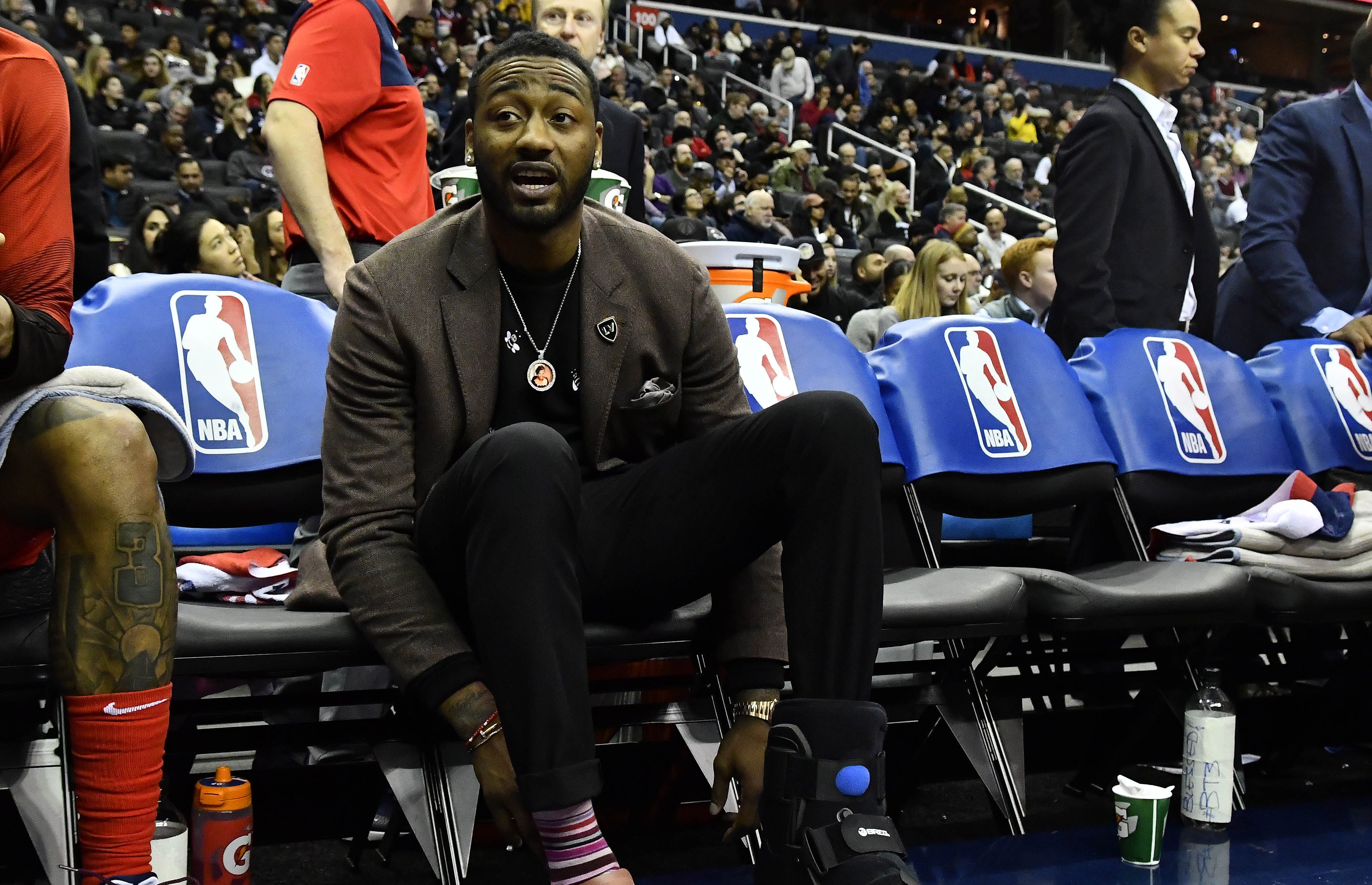 Wall will undergo surgery to repair a ruptured left Achilles tendon. The procedure, which has yet to be scheduled, will be performed by Dr. Robert Anderson in Green Bay, WI. Wall is expected to return to full basketball activity in approximately 12 months from the time of the surgery.

Wall had developed an infection in the incision from initial surgery on Jan. 8 (a debridement and repair of a Haglund’s deformity and a chronic Achilles tendon injury in his left heel that was also performed by Dr. Anderson) and he suffered the rupture after slipping and falling in his home. The rupture was diagnosed by Wizards Director of Medical Services and Orthopedist Dr. Wiemi Douoguih during a procedure to clean out the infection.

Dr. Wiemi Douoguih answered additional questions from the media on Tuesday afternoon and his full responses can be found below.

On how the ruptured Achilles was discovered:

“The injury was discovered yesterday [February 4] while performing surgery to address an infection of the surgical wound from his surgery on 1-8 [January 8] of this year.”

On if the infection is related to ruptured Achilles:

“It is really hard to say. There was a surgical infection. We tried to put him on antibiotics, it wasn’t getting better so we had to explore it and incidentally found that he had a rupture at the time of the surgery [to address infection]. It wasn’t completely ruptured in that there were a few strands that were still attached and that’s likely what threw off our examination. There’s no question that functionally the tendon was torn at the time of our [infection] surgery to wash it out.”

On when the fall occurred:

“The 29th of January. The surgery was on the 8th, so three weeks out from the surgery. He slipped and we presume he injured it at that time.”

On if Wall complained about pain after fall:

“He checked in with us to say he had fallen just to let us know. He said he never heard a pop or anything like that. He did have a slight increase in his discomfort. When we examined him the following day, there was a little bit of drainage from the [January 8] incision slice. It seemed like the tendon was ok at that time.”

On if 12 months is the best case scenario:

“Those numbers that we give are usually the center of a range of how long it takes. We’re saying a year because we’ve seen that most guys from an injury at John’s age come back between 11 and 15 months.”

On additional details of the fall:

“He wasn’t sure of the details. I think it all kind of caught him off guard. Obviously, when you slip and fall, you don’t expect to slip and fall. He was at his house. He was going to the shower, walking over to the shower. Something along those lines. He slipped and fell.”

On additional details of discovering the rupture:

“Yesterday, I went to clean his wound out surgically because infection was our main concern. It’s not a rare phenomenon, but it’s not uncommon after a surgery like this. So when we went to clean it out, he had a near complete rupture. And the reason that his exam was not clear cut for a rupture is that he still had some fibers still intact that allowed the ankle to move, but clearly, just from my experience and everything we’ve seen, the amount of tissue that was torn off the bone would not be compatible with return to play without surgery.”

“We gave that [12-month] timeline and we’re going to try and stick by the timeline. When everything gets closer, we’ll see where John is functionally and see if he can compete next year or not. That’s going to be a combined decision between, the team, the coaching staff, and the medical staff.”

On when the next surgery will be:

“It will likely be early next week. We are awaiting tests that were performed during my surgery yesterday to see the extent of infection before we make a final decision as to when to do the next surgery. It will certainly be as soon as possible.”

On if Wall was wearing his walking boot on at the time of the fall:

“We think he had his boot off. He was instructed to take it off when he was sitting about the house. If he’s up and about walking, he was to be in the boot. As is the case in these situations, if you’re going to take a shower, we allow the patient to take the boot off. John has always been very compliant with what we do and very careful and so what he was doing was within the spectrum of what we kind of outlined for him. It was just an unfortunate event.“

On physical expectations for Wall post-surgery:

“There’s no way to tell. I think our focus right now is performing an excellent surgery. Getting John’s tendon reattached and then going through the rehab program. Unfortunately, we don’t have a whole lot of data on elite NBA point guards with tendon ruptures. John is an unusual specimen because of his talent, his abilities, and demands placed on his body so we’ll just have to wait and see.”

On not being a complete rupture and if it is worse:

“Functionally, it is completely torn in the sense that he won’t be able to play with the amount of the damage he has. What it does though is it throws you off on an exam. If you are doing sort of a low-energy exam and testing it, it seems like the tendon may be ok, but when we explored it, there was no question that he had enough damage there that he won’t be able to play on it without surgery.”

On the earliest Wall can begin rehab:

“I will defer to Dr. Anderson because when he does the surgery, he’s going to have a sense for the nature of the repair, the quality of the tissue and that may sort of dictate when he can actually start therapy versus just putting the tendon at rest. Typically we start therapy within two to three weeks of the surgery, but it all depends on the quality of the tissue, the extent of any infection, and those are some unknowns that still need to be answered.”

On Wall’s mood once learning of the rupture:

“He’s obviously disappointed, he’s a competitor, really hard-driven guy, he loves to play basketball. I think he understands, we went through in detail what this means and what needs to be done. I think he’s in the mindset that he just wants to get it fixed, move forward.”

On what Wall is able to do now mobility wise:

“The damage has been done. We’re protecting the tendon just so the soft tissues around where he’s injured are not disturbed to minimize the chance of infection, but other than that, he’s up and about and generally in good spirits.”

On commonality of not knowing of a rupture:

On if Wall was more susceptible to Achilles rupture without January 8 surgery:

“It’s hard to say. Anytime there is a surgical site infection, there is a concern about the tissue, but we’d be speculating anything beyond that. It’s certainly a possibility, but I couldn’t say with any certainty that he would be more likely or not.”