Inside Gordon Hayward's best five-game stretch of the season 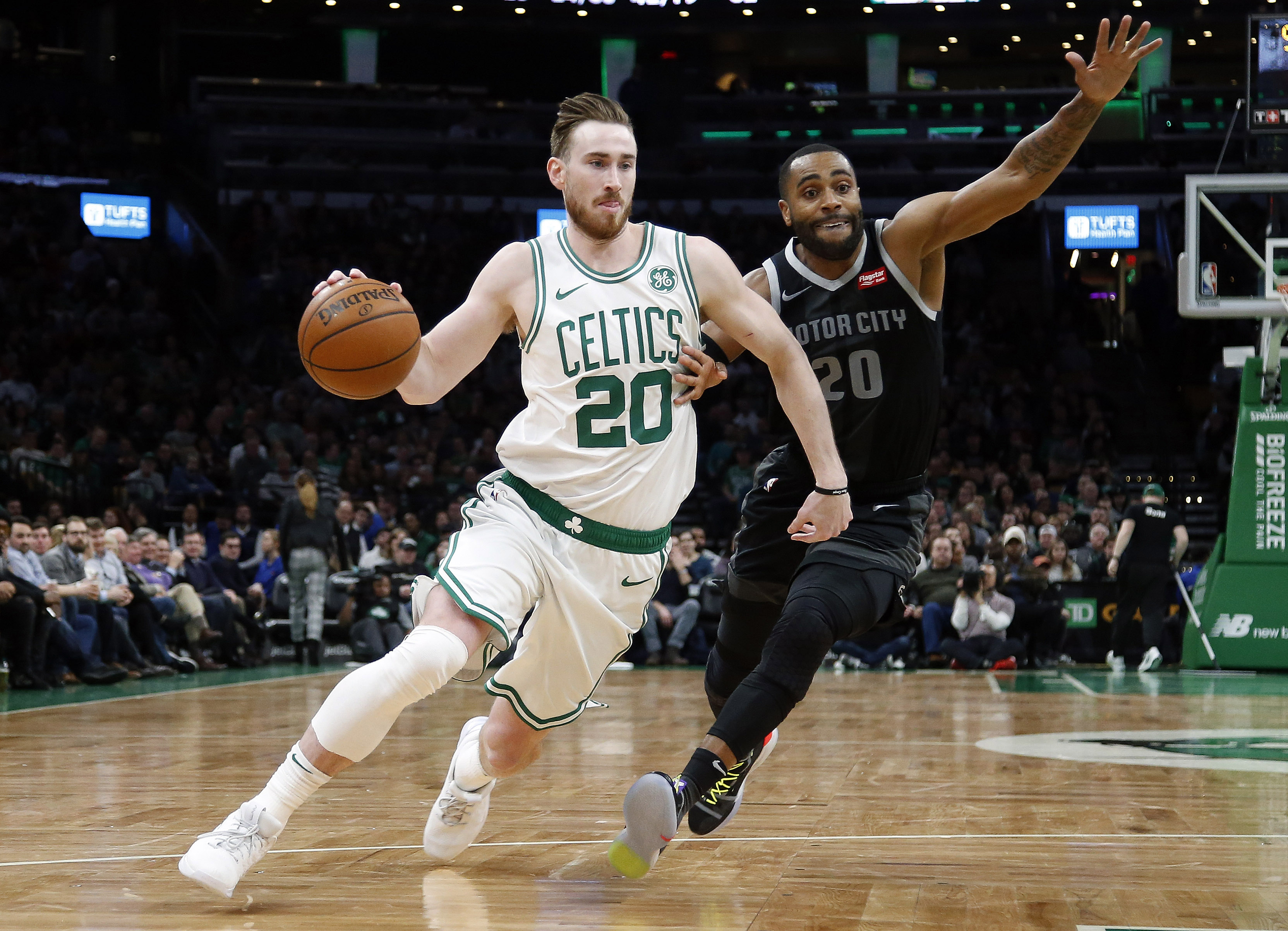 Inside Gordon Hayward's best five-game stretch of the season

The bad news: The Boston Celtics recently blew winnable games versus the Lakers and Clippers.

The good news: Gordon Hayward may be back.

Let me elaborate. Over the past five games Hayward has averaged 17 points per game, 4.8 assists and 5.2 boards. All of this is happening while he is shooting 61.2 percent from the floor and 50 percent from deep! The zenith of this five game stretch was a 26 point outing versus the Sixers (more on this later.)

How has Hayward improved? Two distinct areas come to mind. Primarily, his mentality on the court seems different. Hayward has been more aggressive driving to the rim. Earlier in the season the wing would drive hard for a couple dribbles then shy away from contact.

Perhaps this timidity around the paint was due to Hayward not fully having his vertical back yet. He even admitted as much when talking to Yaron Weitzman of Bleacherreport:

“Moving horizontally, I’m definitely starting to feel like I felt a couple years ago, but vertically I’m still not as confident as I want to be, and I think some of that is a deterrent when I go to the rim.”

Now, however, Hayward appears to have regained some of his lost bounce. A couple days before this five game stretch he hinted at it with an alley-oop jam versus the Knicks. Watch him get up high off a Terry Rozier lob.

It is not a great idea to play the role of amateur sports psychologist but, this dunk can only be a good sign. Surely enough, Hayward has gone on a tear ever since then. He has channeled this aggressiveness into his on-court play, which is the second way he has stepped up his game. Let’s dive deeper.

Hayward has looked markedly less hesitant from the 3-point line. The guy is letting it fly from various looks. Brad Stevens and the Celtics have been running more motion for Hayward when he is off the ball, which was a slight twist to his game while in Boston. Stevens has used Hayward as the facilitator due to his pick and roll premise but, the guy can score too. If you didn’t think Stevens was committed to getting Hayward more off-ball looks, watch Stevens send Hayward through two pin-down screens for a catch and shoot triple early into the Sixes game.

Hayward has been nailing 3-pointers off the pull-up as well, and with less hesitation. This was on full display versus the Sixers, where he went 6 of 7 from deep. Philly should have known that they were in for trouble when hit this gorgeous, high-arching pull-up triple with confidence. What’s more, Hayward has been doing this regularly for the past few games.

The Celtic’s wing is not doing it all by himself though. So who is helping out Hayward? Enter Al Horford. The underrated Celtics big man has become a pick and roll force with Hayward. Additionally, Hayward’s game has opened up because of it. Allow me to elaborate.

Let’s refer back to Steven’s plan to open up Hayward off screens. This one comes via Horford. Now established as a shooter, the Sixers have to stick close to Hayward as the game continues.

Knowing he has to stay with Hayward, Furkan Korkmaz fights over a Horford screen to prevent a shot attempt. Hayward takes advantage of this and drives towards the rim, drawing in Joel Embiid. After Embiid leaves Horford, Hayward finds him for an easy deuce via a textbook bounce pass.

Later in the game the C’s run a pick and roll between these two. As a lob or pop threat, both Korkmaz and Boban Marjanovic are drawn to the rolling Horford and more importantly, away from Hayward. Gordon notices this and scores a deep two.

Hayward does the exact same play later but this time he is doing it against two premier defenders in Embiid and Jimmy Butler. No matter though, Hayward simply buries another deep two as Horford shows off his roll gravity once more.

This in-game progression was excellent to watch. The defense attempted to adjust to Hayward’s game in real time and he countered with near perfection, either by canning jumpers or creating for other teammates.

The off-ball shooting set up the rest of Hayward’s game. To make the Sixers pay, Stevens and company sprinkled in more Horford pick and rolls. This forced them to make a decision between hedging on Hayward and leaving Horford open or, denying Horford which opens up Hayward. Good luck with that.

The All-Star break came at a bad time for Hayward. The dude is rolling and doesn’t need a stoppage right now. Yet, Hayward should only get better and more into his groove as the season goes on, which could turn the Celtics into the feared contender people once projected them to be.

Next up, watch for chatter about moving Hayward back into the starting lineup. Stevens may be wise to keep him as the main facilitator of the second unit, as Hayward has been wonderful in that area all season. Perhaps he will choose to close games with Hayward on the floor. Regardless, things are looking up for the former All-Star.