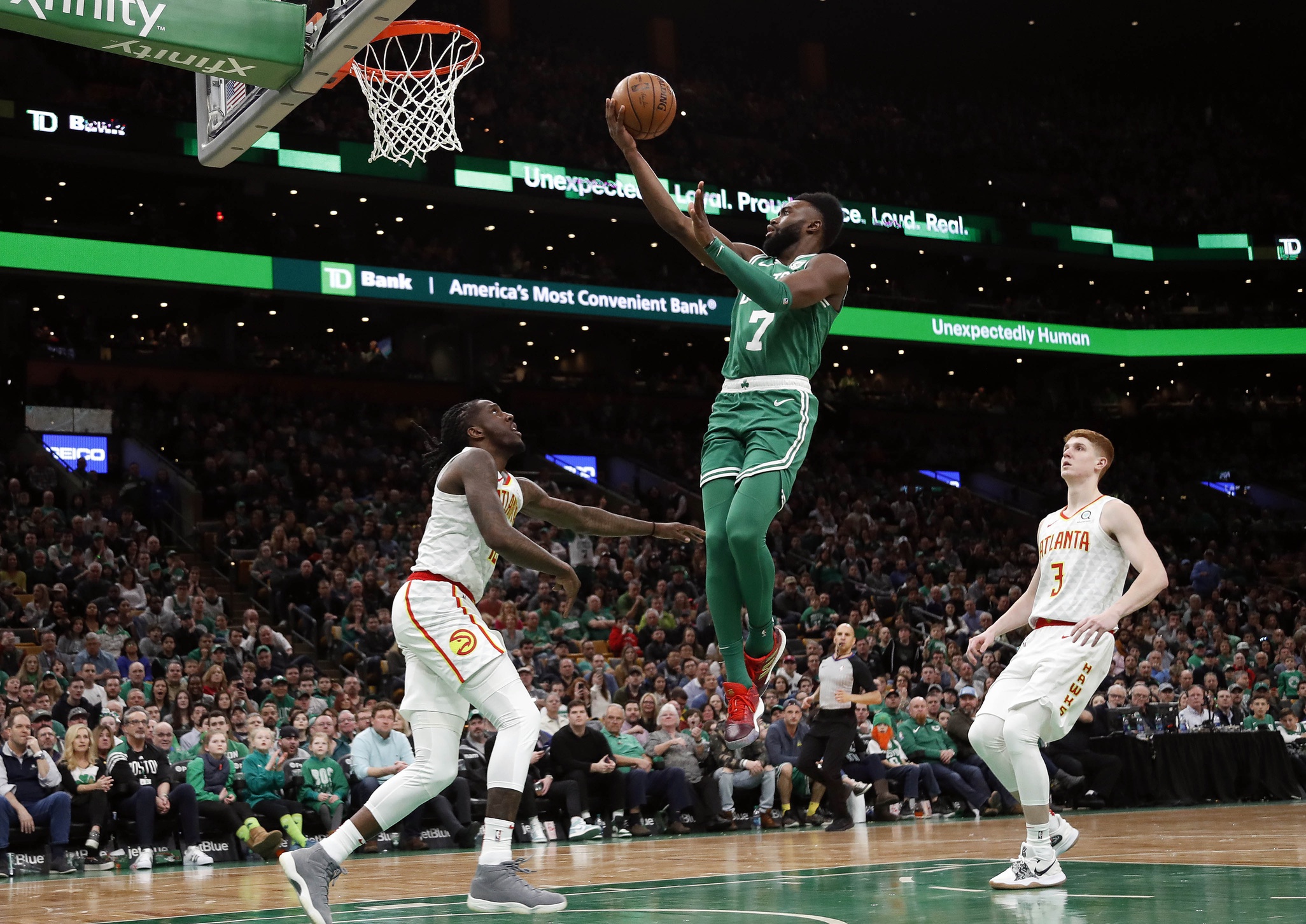 In a nutshell: The Celtics went up 25 in the third quarter and blew the whole lead in the fourth. Yes. All of it. The starters came back in and cleaned things up. Final score: 129-120. Kyrie with 30 points, 11 rebounds, 9 assists. Jaylen scored 23 off the bench. Morris scored 19, Tatum had 18, and Smart added 16 with some incredible defense.

-Jaylen Brown’s return to form has been the key factor in the Celtics’ late-season resurgence, if you ask me. His scoring has improved thanks to better shot selection and stronger plays around the basket. Most important of all, his perimeter defense has reached the level it was at last year, which has been invaluable to the Celtics’ switch-everything defense that they’re known for. Effort, above all else, has lifted the Celtics in their recent hot streak.

-Marcus Smart is now a lock for an All-Defensive team selection. I don’t know which one because I’m always caught off guard by the final voting, but I have no doubts now that he’ll make it somewhere. He stripped Trae Young at least three times in the fourth quarter and recorded five steals overall in a game that sorely needed some hard-nosed defense at the end. His fingerprints were all over this game in the most Smart way possible, from the steals to the charges taken.

-I love Brad Stevens. I really do. We share a last name. We’re not related, but we should be. His rotations were nothing short of an atrocity in the second half. Sometimes the Celtics’ struggles are a real head-scratching affair – not today! That 25 point lead didn’t vanish out of thin air. It was taken away from a lineup with no hope of holding out to it: Rozier/Theis/Ojeleye shared the floor for a stretch with a mix of Tatum, Brown, and Baynes rounding things out. These are all good, solid basketball players. These lineups do not work. Not now, not yesterday, not in the playoffs. Please stop making me watch them. Hayward’s lack of availability is not an emergency siren to play 12 players deep.

Gordon Hayward is out for the rest of the game following this screen from John Collins.pic.twitter.com/H2AK5yo2WI