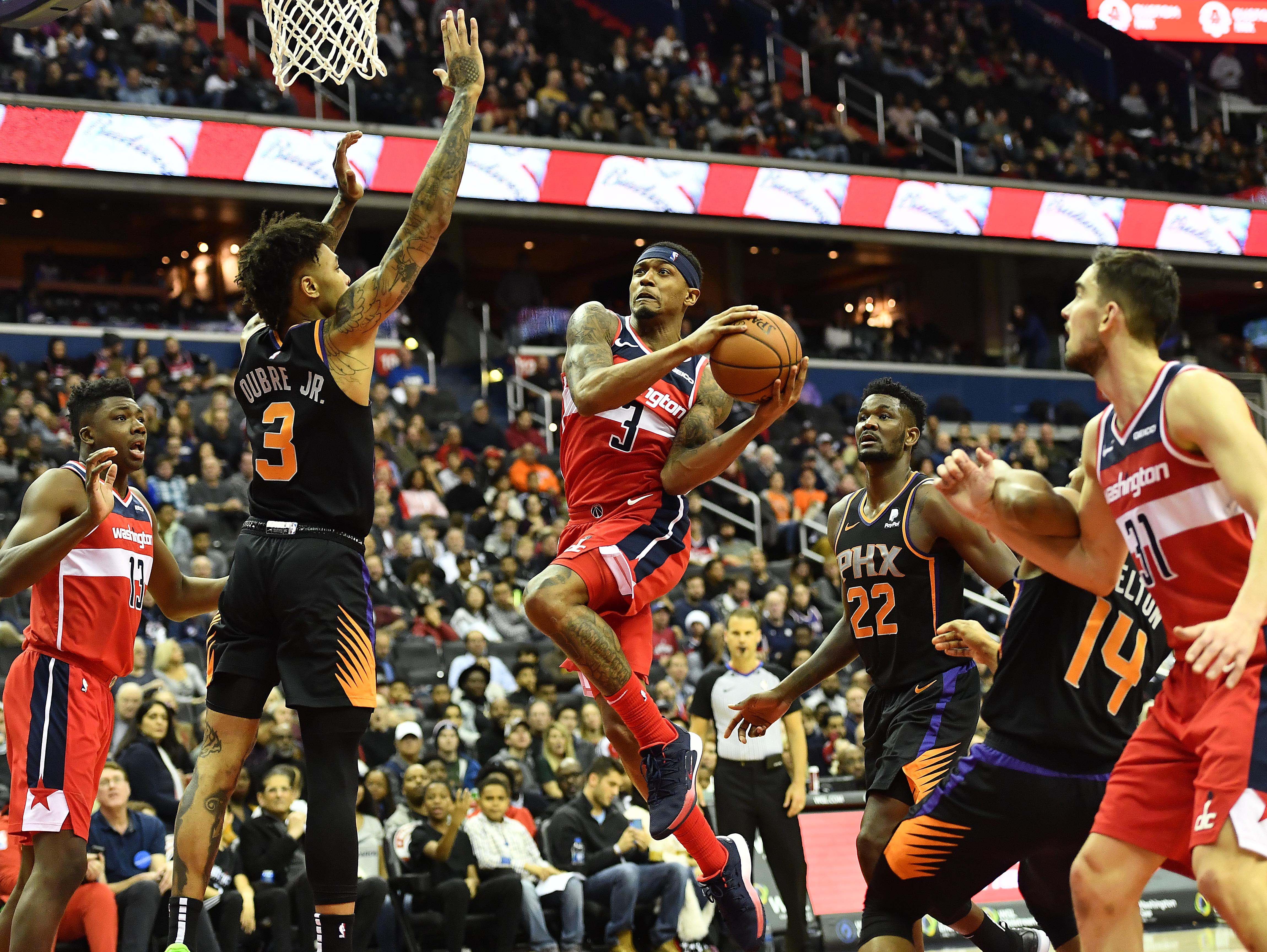 PHOENIX — Sometimes a change of scenery is all that is needed to reinvent yourself. That is exactly what happened to former Wizards’ swingman Kelly Oubre Jr. when he was traded to the Suns in mid-December. Yes, Oubre is still himself, the self-proclaimed waviest basketball player in the league. At the same time, his new teammates are embracing the 23-year old and said his impact on the locker room dynamic was instantaneous. Though he suffered a thumb injury and had a minor surgery that will force him to miss the remainder of the season, his teammates said his presence is what brought this team together.

“His spirit man,” Suns’ shooting guard Troy Daniels said after Wednesday night’s loss to the Wizards. “He comes in and he’s like a spirit animal. He changes the atmosphere as soon as he walks in the door, which a lot of guys can’t do. He is fun to be around and an overall great guy. I’m not just talking like this, he really is. That’s what he does for us.”

Daniels said he has seen the progression of Oubre since joining the Suns. During the first part of the season, he played in 29 games and started seven of them averaging 12.9 points with Washington. Now in the 40 games since with the Suns, Oubre is averaging 16.9 points, the most he has ever averaged in his entire career. Daniels said that Oubre’s progression stems from his new role in Phoenix being a leader and his confidence growing over time.

“No question, I think he is a lot more vocal than he used to be in D.C.,” Daniels said. “He had a lot of vets on that team, where you know, you got to be in your place, but it’s free reign. Obviously, Book (Devin Booker) is our leader, but Kelly been in the league for a little while and actually played in the playoffs and stuff like that. So, just talking and speaking up whenever he can and playing with emotions, guys just follow his lead. That’s what a leader does, lead by example. He’s a great guy for our team for sure.”

Suns’ franchise player and No. 1 overall pick Deandre Ayton also praised Oubre. He said since Day One, Oubre’s been the piece of the puzzle this locker room has been missing.

“That’s one thing I can say Kelly did a great job, energy wise he’s changed this whole team around,” Ayton said at shootaround on Wednesday. “He’s making everybody embrace being family. You don’t always have to be in each other’s business, in everybody’s grill, but you can embrace one another.”

Ayton said often times a team can get tired of each other during a long season, but Oubre’s presence has brought the team even closer. He said small things like rituals before the game and certain dance moves continue to enhance the brotherhood throughout the team and attribute Oubre’s creativeness for bringing this team closer together.”

“Handshakes, everybody wants to make a handshake,” Ayton said. “That’s real bonding. I see how he does it.. He makes handshakes. It’s a different expression, someone like him to come out of nowhere on the team, and start making handshakes with somebody, that’s bonding.”

Oubre spoke with the media on Wednesday in Phoenix and express how much he is enjoying this process of adjusting to a new team. He also echoed Ayton’s stance on the bonding via handshakes. In his perspective, the value of brotherhood can be gauged by creating one.

“Once you have handshake with somebody and you forget it, that means you don’t really care about the person,” Oubre said. “So, you got to put forth the energy to remember the handshake and just do it every time you see that person.”