Your Morning Dump... Where it's the freakin' Celtics 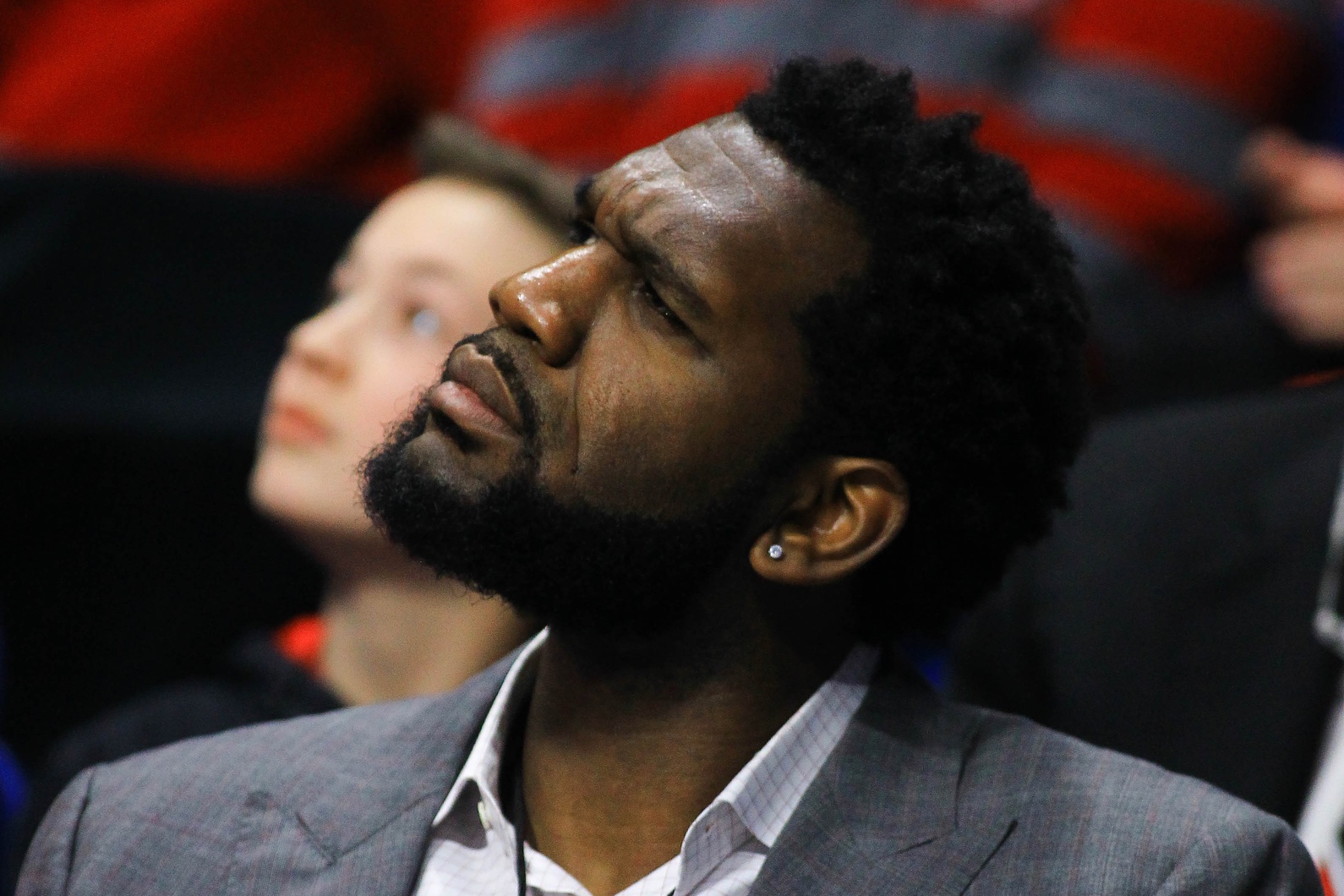 Your Morning Dump... Where it's the freakin' Celtics

“I’m done playing. I helped out at Ohio State for the past three, four years. So I just kinda hit the bug on me,” [Oden] told MassLive. “I enjoy working with the players. I enjoy that side of it.”

The pursuit of that coaching career brought him to Boston. He was invited by the team to help out and take the floor with players and to help in their evaluation.

“Just to help out with the pre-draft stuff and see what happens from it,” Oden said. “I’ll take that opportunity from it. It’s the freakin’ Celtics.”

Helping the Celtics evaluate players leads to a sort of evaluation of Oden. The more he can take part in things like this, the more he can show how he works with players.

This is also a part of the feeling-out process for Oden, too. He’s looking to stay involved with basketball, and getting into coaching means finding and making the most of opportunities like this.

There is a glut of MFAs in the United States. Honestly, it’s probably too easy to get the terminal degree in the fine arts, because MFAs are minted far faster than positions come open at universities–and even tech schools, community colleges, and, lord forbid, high schools.

So the university I attended is frenemies with the state’s other flagship university (where Nick Nurse was an assistant many many moons ago), and one of the things my advisor did while he was head of the art department at SDSU was make it a point to hire the U’s best fresh-out-of-the-box MFAs.

He hired them strictly as instructors, and with an understanding that they likely would not be retained for a second year.

That may sound like a raw deal–but it requires context.

Very, very few MFAs from a program as small as the University of South Dakota’s are going to get offered a position right out of school.

If those brand new MFAs got nothing else out of the deal, they got to put a pretty meaningful line item on their resume. No, they probably weren’t going to end up tenure track at SDSU–but they were going to have a leg up on a ton of other MFAs competing for job openings elsewhere because they actually had teaching experience at an accredited university.

And what Dr. Gambill got out of it was an opportunity to nab the rare MFA that would be a good fit for his program right out of the gate.

So what’s all this got to do with Greg Oden? Oden, like old friend Perk, would like to get into coaching. Like Perk, he’s short on experience and short on credentials.

There’s a ton of competition for coaching vacancies of all stripes from the NBA all the way down to high schools (seriously, why do you think most of these high school coaches get paid peanuts? It’s because they’re willing to work for peanuts). It’s a rare guy that’s going to go from suiting up to wearing a suit–one need look only at the catastrophic failures of Derek Fisher and Jason Kidd, to name a couple, to see that a playing career by itself is not sufficient training to be a coach (just like, ahem, Doc and Thibs, a coaching career isn’t sufficient training to be a GM).

I don’t really expect Oden to stick with the Celtics. Like he said, it’s the “freakin’ Celtics.” They don’t have to take ‘best available’ when it comes to coaching talent.

But that doesn’t mean they have to be jerks either, and Stevens and Ainge bringing Oden on to help evaluate a thundering herd of potential draft picks gives Oden a valuable item on his resume. He probably won’t be on the sidelines come October, but he’ll get valuable experience.

And for a guy who’s had nothing but basketball put in front of him since he was in short pants, and who’s seven feet tall to boot, there’s not a lot of different fields for him to pursue. Hopefully it works out for him—if not with Boston, then somewhere.

Page 2: Where the team is leaving no stone unturned

The Boston Celtics have four picks in this months NBA Draft, and they’ve had 70 prospects come through their doors so far in preparation for those selections.

Whether the Celtics make and keep all of those picks depends on a few moving parts, but they have to be prepared for every possibility. In some scenarios, Boston is adding four new guys to the roster, which means more days like today where six players take the court for a tryout.

This year could be as crazy as 2016, when Boston made six picks (you may remember it as the year that fans booed Jaylen Brown). Like 2016, Boston has three first round picks. Unlike 2016, none of the picks Boston holds is particularly attractive.

This is how I see it playing out:

But, in the end, Chuck’s take on it is the most realistic:

With all due respect to the reporters working the beat, if I have to care about any of these players come July 4, then Danny Ainge will have failed miserably. https://t.co/oZ4xZnNes8

Boston Herald: How many Celtics first-round picks will stay Green?

(Bonus Jackrabbit tidbit: That pic of Oden is from the Ohio State/SDSU matchup in the 2018 NCAA tournament)