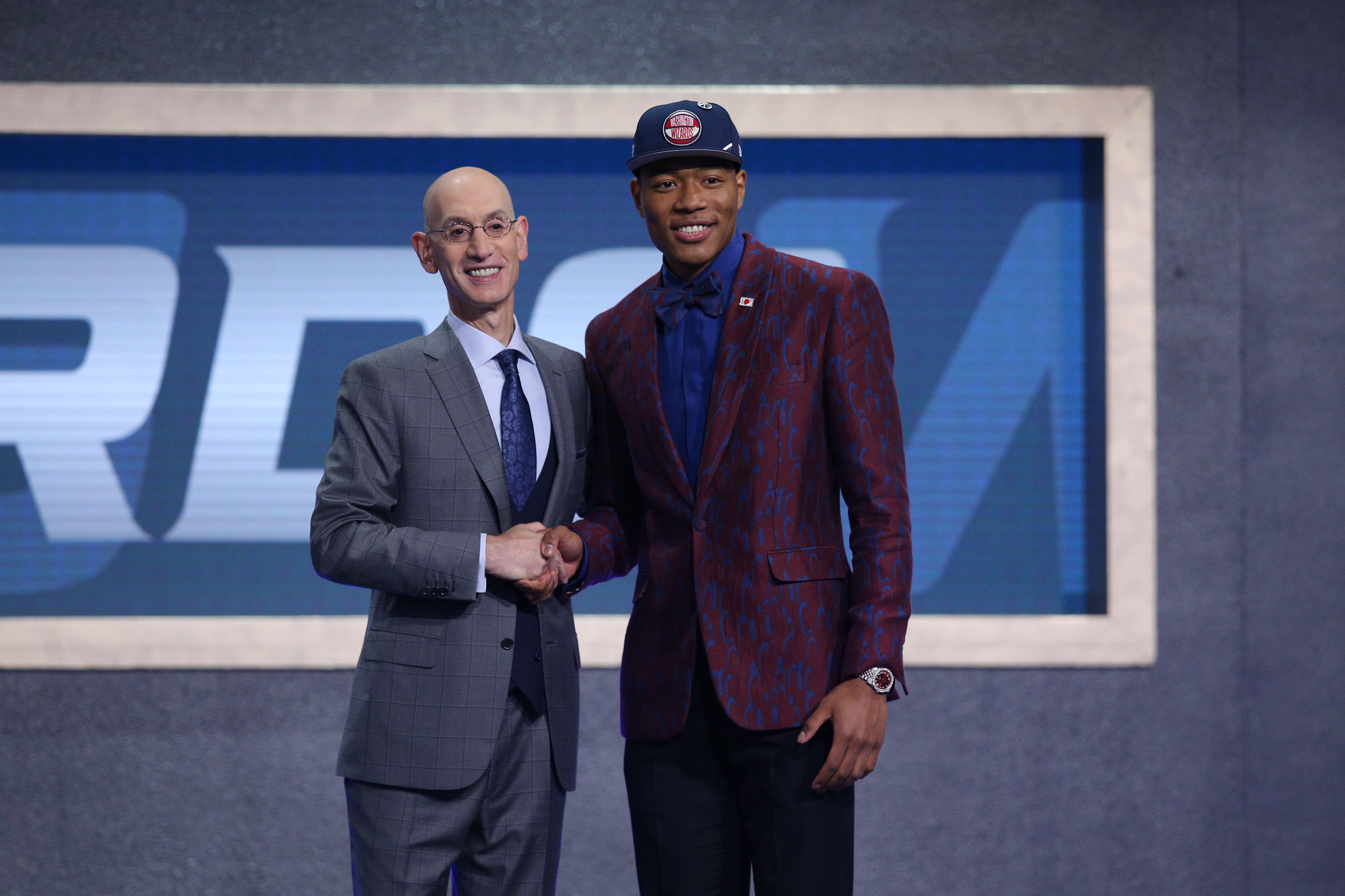 With the No. 9 pick in the 2019 NBA draft, the Washington Wizards selected Rui Hachimura, a power forward out of Gonzaga. The 6-foot-9, 234 pounder is expected to be a stretch-four option for the Wizards. He is already 21 years old after three years of college. This was Washington’s highest selection since 2013 when they selected Otto Porter Jr. with the No. 3 pick.

You can check out a draft profile of Hachimura here.

The #NBADraft tape on Rui is favorable but not nearly as favorable as Chauncey's 'young Kawhi' comparison. pic.twitter.com/SZL3ltNXBv

The first Japanese born player to be drafted in the first round of the NBA, Hachimura did not start playing basketball until the age of 13. Then, he became a fan of Carmelo Anthony. Hachimura grew up playing catcher and pitcher as a baseball player. According to Senior Vice President of Basketball Operations Tommy Sheppard, the Wizards liked that Hachimura was a late bloomer. Sheppard had focused in on the power forward for some time now.

Tommy Sheppard on #Wizards potentially drafting someone besides Rui Hachimuri: "We knew it was going to be him. It was very close with a couple players, but I think the fact of where he's at in his potential and his trajectory, we felt great about it." pic.twitter.com/uR9C1693kp

“Rui is a player that we have watched for several years and we think he has the potential to be a tremendous two-way player with his combination of physical gifts, basketball IQ and work ethic,” said Sheppard. “He is a very focused and mature young man who will have the opportunity to come in and compete for a chance to contribute for us right away.”

“Rui is a winner and a competitor who has worked hard to improve throughout his career and he’ll be a good fit for us on the floor, in the locker room and in the community,” said Brooks. “There’s a learning curve for all rookies, but I’m confident he’ll be up for any challenge we put it front of him and I’m looking forward to having him on the court to start that process as soon as possible.”

For those that think Washington should have traded back to gain other assets if they wanted Hachimura all along, Sheppard hinted that other teams were looking to leapfrog the Wizards for his talents.

Tommy Sheppard on possibility of #Wizards trading back from No. 9: "We tried to trade back until you hear people are trying to trade up to get him ahead of us. … When we got the [trade] call, we kinda knew who they were calling about. Say thank you and hang up. Took our guy." pic.twitter.com/ag7Ude7uQV

Washington will introduce Rui Hachimura at a press conference on Friday afternoon from Capital One Arena.