Steve Kerr addresses state of the Warriors amid recent struggles 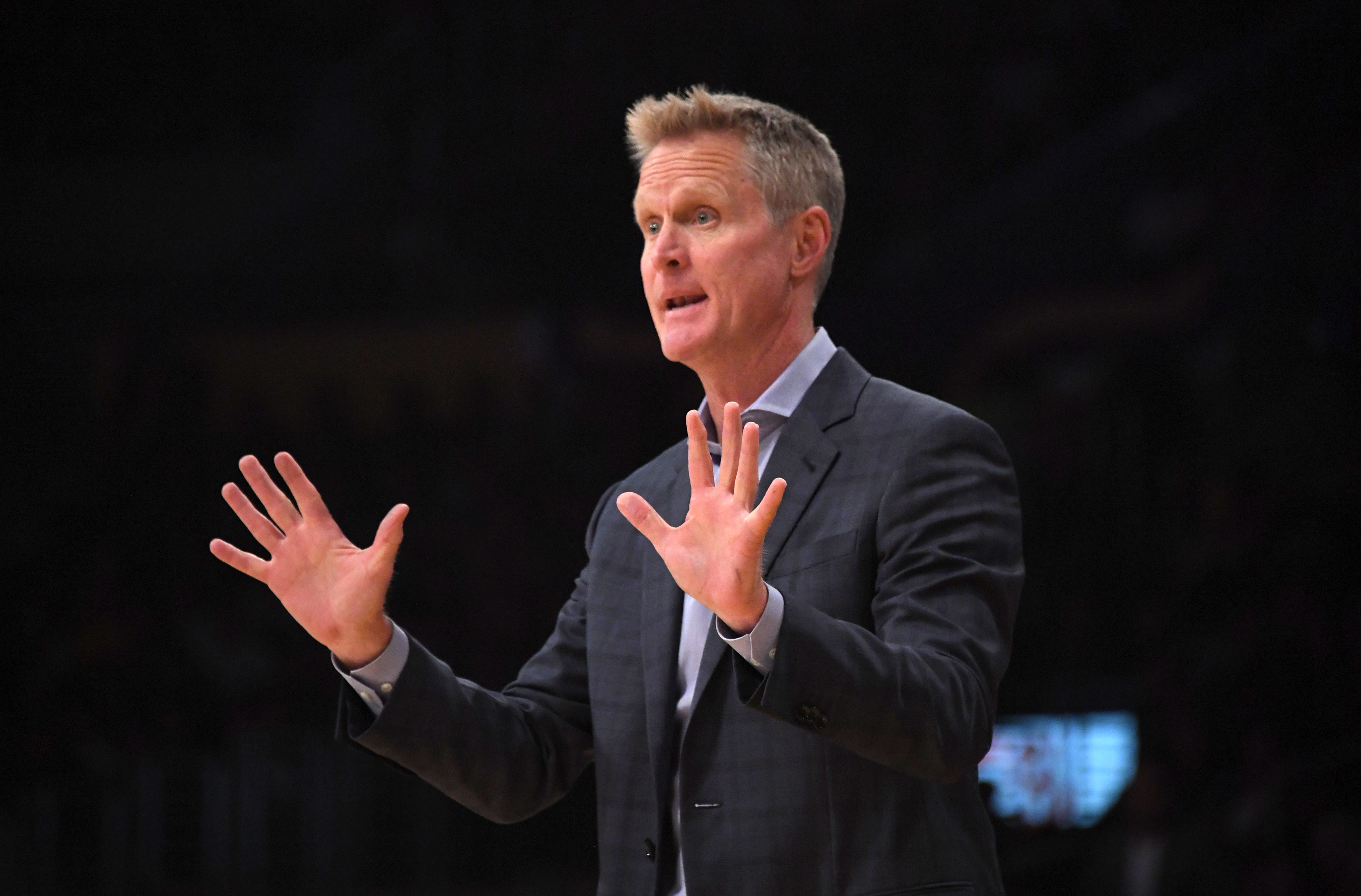 Steve Kerr addresses state of the Warriors amid recent struggles

The Warriors had won five consecutive Western Conference titles heading into this season, yet somehow, the team currently sits in last place.

It’s a fall from grace of epic proportions, but isn’t unbelievably shocking when one sits down to think about it, considering Kevin Durant left for Brooklyn, and both Splash Bros — as well as Draymond Green– are sidelined with injuries.

The Warriors are currently trotting out a lineup that resembles one we’d see in the G-League, so the growing pains are to be expected, to some extent. Head coach Steve Kerr doesn’t seem all that fazed by it, and remains optimistic for the team’s future.

“We’re in an entirely different situation. So that requires patience, work and effort,” Kerr told Mark Medina of USA Today Sports. “But we’ve got to keep these guys up. We can’t let them lose hope, lose faith and lose spirit. That is our coaching staff’s job … We know it’s going to be a struggle.”

And while there’s been talk about the Warriors possibly tanking, Kerr shot it down in explaining the team’s goals for the season going forward.

“The goal is to try to win every game. The reality is we’re not (doing) enough to do so right now,” Kerr said. “The other stuff, we don’t control. Whatever happens, happens. Our goal is to go out there and try to perform our best every night, get better and try to build something positive.”

It’s understandable that the Warriors are struggling, given their lineup, but 2-12 is Knicks-level bad, so it wouldn’t be a shock if the team actually is tanking and then comes back with a vengeance next season. It’s just not their year, and they know it.