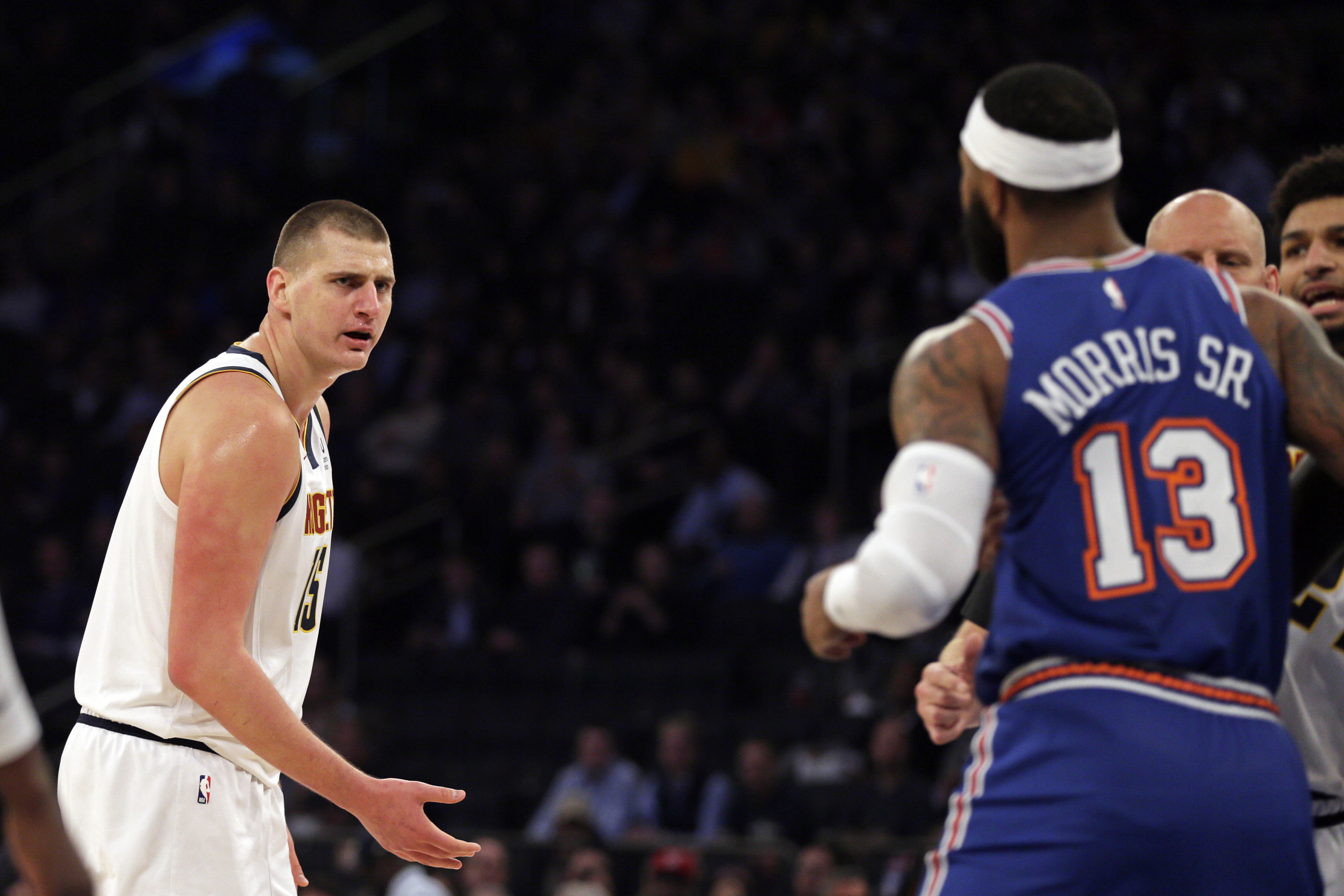 Nikola Jokic is known for being an even-tempered player that keeps his cool during games, but even the most zen-like guys have their breaking point.

Conversely, Knicks forward Marcus Morris has made a career of getting under his opponents’ skin, and that’s exactly what he did to Jokic during Thursday’s game.

It happened when the two got tangled up fighting for a rebound just a few minutes into the game. And while it’s unclear if they have any history, Jokic did literally climb Morris’ back, which led to him being shoved in retaliation. The two then traded a few pushes, and had to be separated by teammates.

Morris and Jokic had to get separated after a quick shoving match 😳 pic.twitter.com/DcEL7pxe6X

They’re probably not going to be hitting up a holiday party together, or trading cards, either.