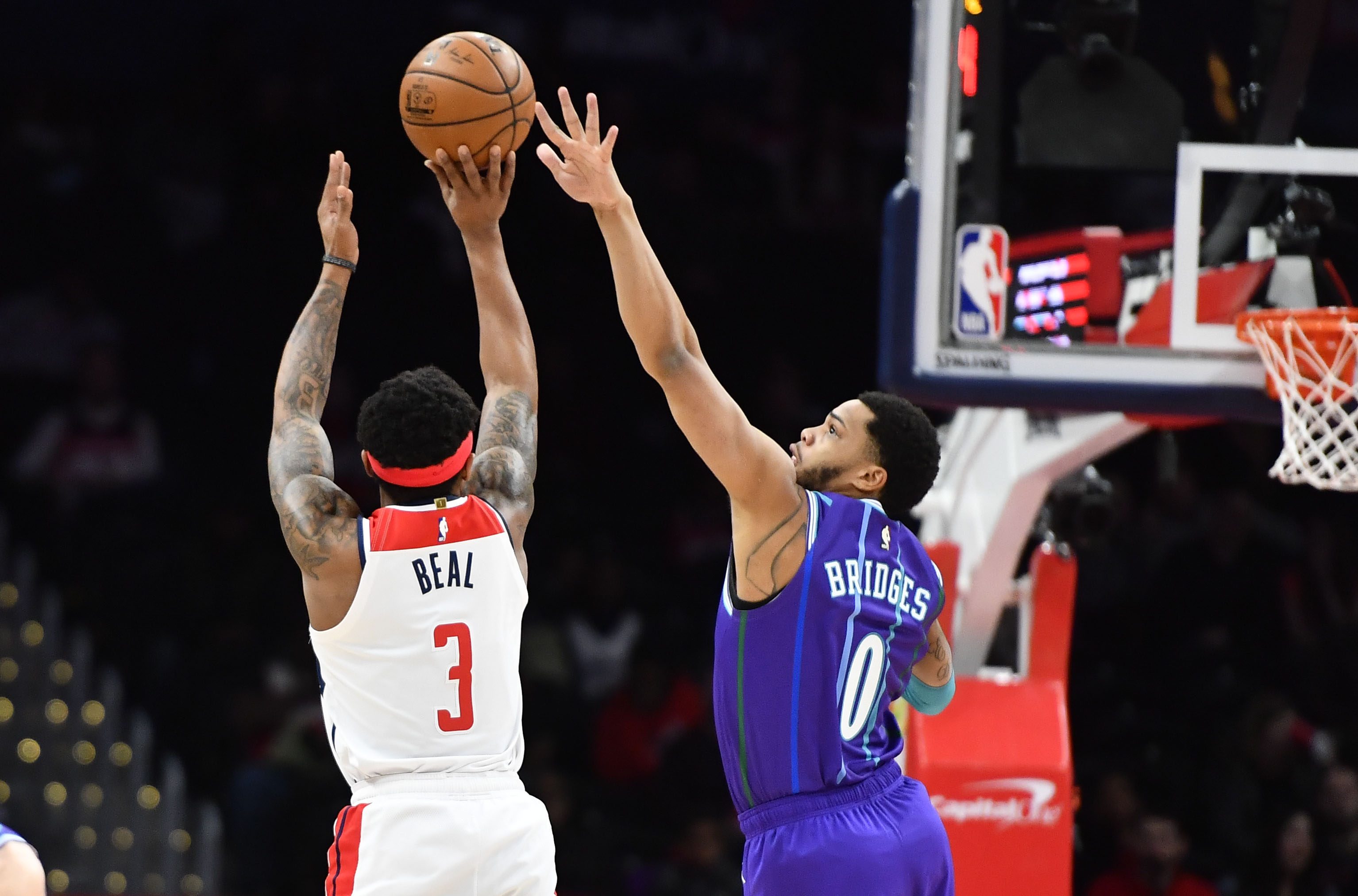 The Washington Wizards are not a good basketball team in the 2019-20 season. They are without their franchise point guard John Wall and have dealt with numerous other injuries. That has led to a 15-31 record. Despite that dismal mark, Bradley Beal has been a lethal offensive player averaging 28.6 points and 6.3 assists per game. On Thursday, it was announced that Beal was not selected by Eastern Conference coaches to serve as an All-Star reserve.

Beal, 26, will have to be selected as an injury replacement to be a three-time All-Star in the year 2020. Despite being voted as an All-Star starter, let alone reserve, by his peers in the player vote (ahead of eventual starter Trae Young), the 14 other conference coaches chose the likes of Kyle Lowry, Khris Middleton, Ben Simmons, Jayson Tatum, Jimmy Butler, Domas Sabonis, and Bam Adebayo over Beal. Unlike in recent years when six guards have typically come out of the East, only five did this time costing Beal.

Word got to the two-time All-Star shooting guard minutes before the Washington Wizards faced off against the Charlotte Hornets in the team’s first home game since the tragic passing of Kobe Bryant. The organization paid respect to the Mamba in several ways including warming up in No. 8 and 24 black Bryant jerseys, wearing Kobe shoes, showing a tribute video, and holding a 24-second moment of silence.

Beal responded by dropping 34 points, 9 rebounds, and 9 assists in 35 minutes. The Florida product was certainly hunting a triple-double as he raced down a rebound that Troy Brown Jr. easily had within his reach late in the fourth quarter. After draining a three in Miles Bridges’ face, Beal picked up his seventh technical foul this season in a similar fashion to his technical after dunking on Brook Lopez. With 2:36 left in the game, Scott Brooks pulled him after this incident and admitted he kept Beal from completing a 30-point triple-double with that decision.

Isaiah Thomas called Bradley Beal not being name an All-Star "so political. NBA picks who they want and that's just how it's always going to be. … There's a few people on there that shouldn't be on there, we know that." pic.twitter.com/7GsGz0G2tD

Kamiah Adams, Beal’s fiance, was hot all game with what she considered a major snub. She was also upset that Beal was not given a chance to record the triple-double. In a somewhat unprecedented situation, Adams joined Wizards radio color commentator Glenn Consor on the post-game show until she was yanked off. Beal’s other half did all the talking as the ball-playing half of the couple quickly exited the locker room through the back door before the media entered. He was upset and did not want to address it, he will likely speak at Friday’s practice. There is still a chance Beal could make the All-Star game should another Eastern Conference player sit out with an injury.