Your Morning Dump... Where we wonder if the C's need Clint Capela 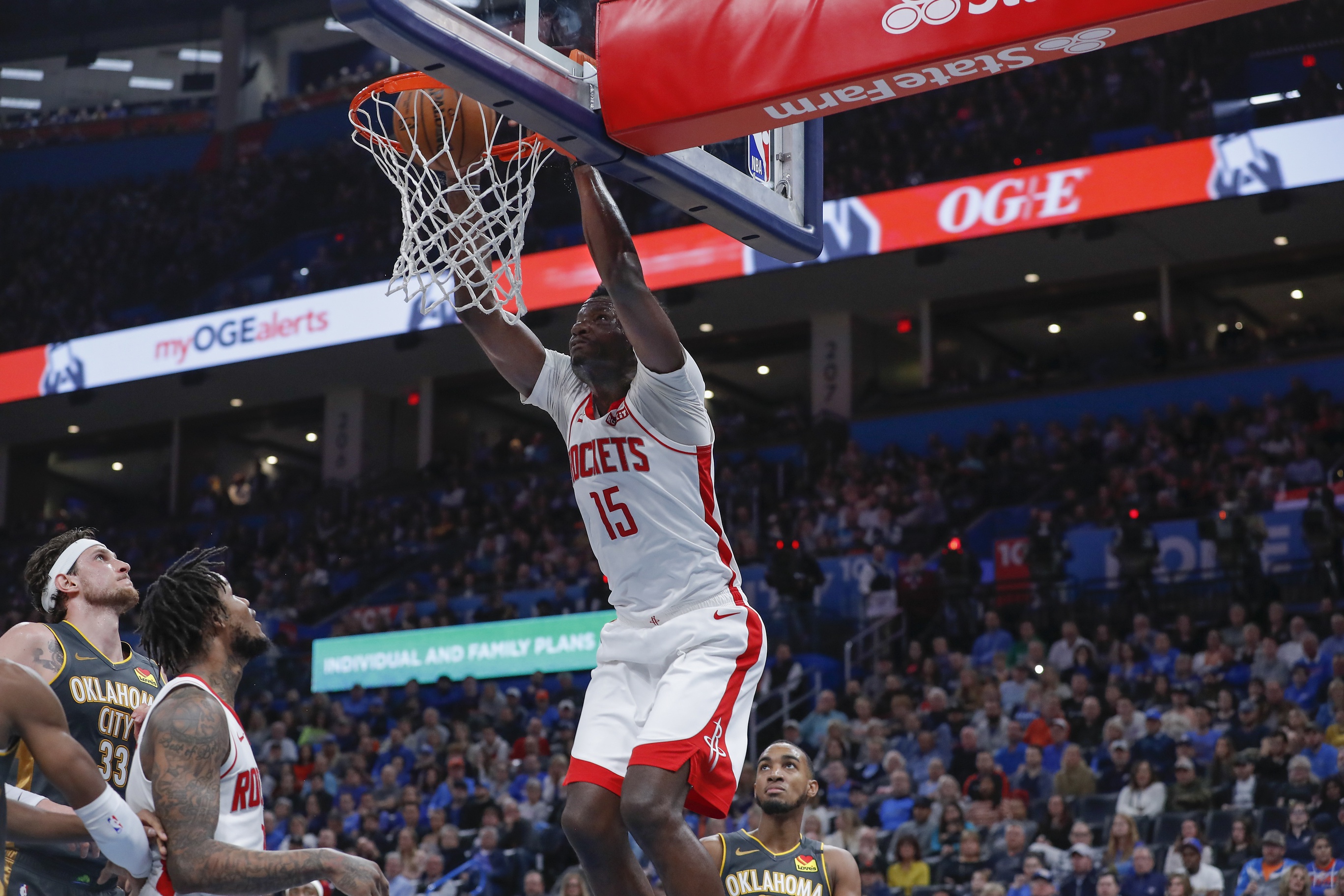 Your Morning Dump... Where we wonder if the C's need Clint Capela

That trade actually works in the ESPN Trade Machine. (Capela makes $14.9 million this year, which is less than I expected.) I’d be bummed to see Theis, who has been such a reliable glue-guy, go in a deal. And I really like Langford’s smooth offensive game. But I think they’d have to do this if it’s the actual deal and the price in picks isn’t too much steeper than this.

In his return from injury, Enes Kanter picked up where he left off with eight points and nine rebounds in only 16 minutes. Daniel Theis left the game in the third quarter with an ankle injury, but rookie Grant Williams stepped up big time to provide the much-needed frontcourt presence Boston needed down the stretch.

The Celtics also outrebounded the Hawks 45-32.

Still, if Theis is forced to miss a few games, the Celtics’ vulnerability at the center position will be evident. The German big man has been vital to this team’s success. If he and/or Kanter goes down for an extended period of time, Boston may end up wishing it made a move to acquire Capela or another big man while they had the chance.

Could the Celtics do something like Daniel Theis or Enes Kanter, Romeo Langford, and Vincent Poirier and picks for Capela? Basically, could the Celtics obtain Capela without giving up one of their core guys? — @JaylenBrownWRLD

And these were only like three of the 57 questions about Capela that came in BEFORE the Celtics were reportedly “engaged” with the Rockets.

Look, I know a lot of people want the Celtics to upgrade the big-man position. Houston’s 25-year-old rim runner is fun to watch when he’s throwing down loud dunks or swatting shots. And, yet, shouldn’t the very first question here be: Why exactly are the Rockets in such a rush to get rid of him? Maybe Houston realizes that a team with elite perimeter talent doesn’t necessarily need a big-ticket center.

We understand the notion that, if the Celtics don’t have to part with any of their Big 5 in order to make a deal, maybe it makes sense to consider a young big who could mesh well with Boston’s young core and lines up in terms of development timeline. While we firmly believe you hang up the phone if Houston asks for Marcus Smart, we’ll at least listen to a more reasonable ask.

But even that package of Theis/Kanter, Langford, Poirier, and picks seems too steep. Theis and Kanter have been excellent for Boston this season and at reasonable price tags and the Celtics are bullish on what Langford will become, particularly with sustained health.

I tend to agree with Chris Forsberg. Clint Capela is, if you’ll recall, currently out with a foot injury, and the Rockets are unlikely to part with him without getting another center back, and Theis and Kanter have both, as Forsberg notes, been assets for the Celtics.

So, short term, you’re going to be down a man in the rotation while Capela works his way back from injury, and long-term, you’re looking at this scenario:

Here’s our bigger issue — and, full disclosure, we’re a card-carrying member of the Rob Williams fan club — we think the 22-year-old Williams is one run of sustained health away from being Clint Capela with superior passing skills. No doubt, we’re not sure it’ll happen this year, and the time Williams has missed due to his hip ailment makes it unlikely he’ll shore up his inconsistencies this year.

The, and I hope you’ll pardon me for saying so, loudest ‘trade for Capela’ voices tend to belong to people who have to be reminded that Rob Williams exists and is, at the moment, about as healthy as Clint Capela.

In short, while the C’s may trade for Capela—as they certainly have more information available to them than we do—based on the information that’s generally available, trading for Capela seems like parting with Langford, a more than serviceable center, and a draft pick in order to make Robert Williams redundant.

There’s also this to consider: In the NBA as currently constituted, I think you have to be very very careful about trading away wing talent in order to get comparable talent at the center spot. Yes, Langford hasn’t shown much, but in the NBA right now, if he and Clint Capela have comparable ceilings, you don’t trade Langford for Capela straight up, much less sending out Langford and other players and picks for Capela.

Page 2: Where the C’s beat the Hawks last night, but it wasn’t pretty

Really though, playing down to the competition can’t become a thing

The worst thing that can come of this is Tatum thinking he was right; that messing around like this against a bad team is OK because they still managed to win.

The Celtics were bitten by this bug a month ago and it cost them in the standings. If they mess around some more and things hold where they are, they could have to face the Philadelphia 76ers in the first round of the playoffs.

What follows is Bill Russell’s recollection of a conversation he had with Red Auerbach:

That’s pretty much all that needs to be said about last night’s game. Isolated instances of sloppy play are going to happen, but they can’t become habitual. The C’s have played 16 games since January 6th. They went 2-6 over the first eight and have gone 7-1 since.

Hopefully the bad taste from that 2-6 stretch is still fresh in their mouths, and they’ll bounce back from last night’s iffy performance against Orlando tomorrow.