Your Morning Dump... Where Kemba told everybody he was joining the Celtics 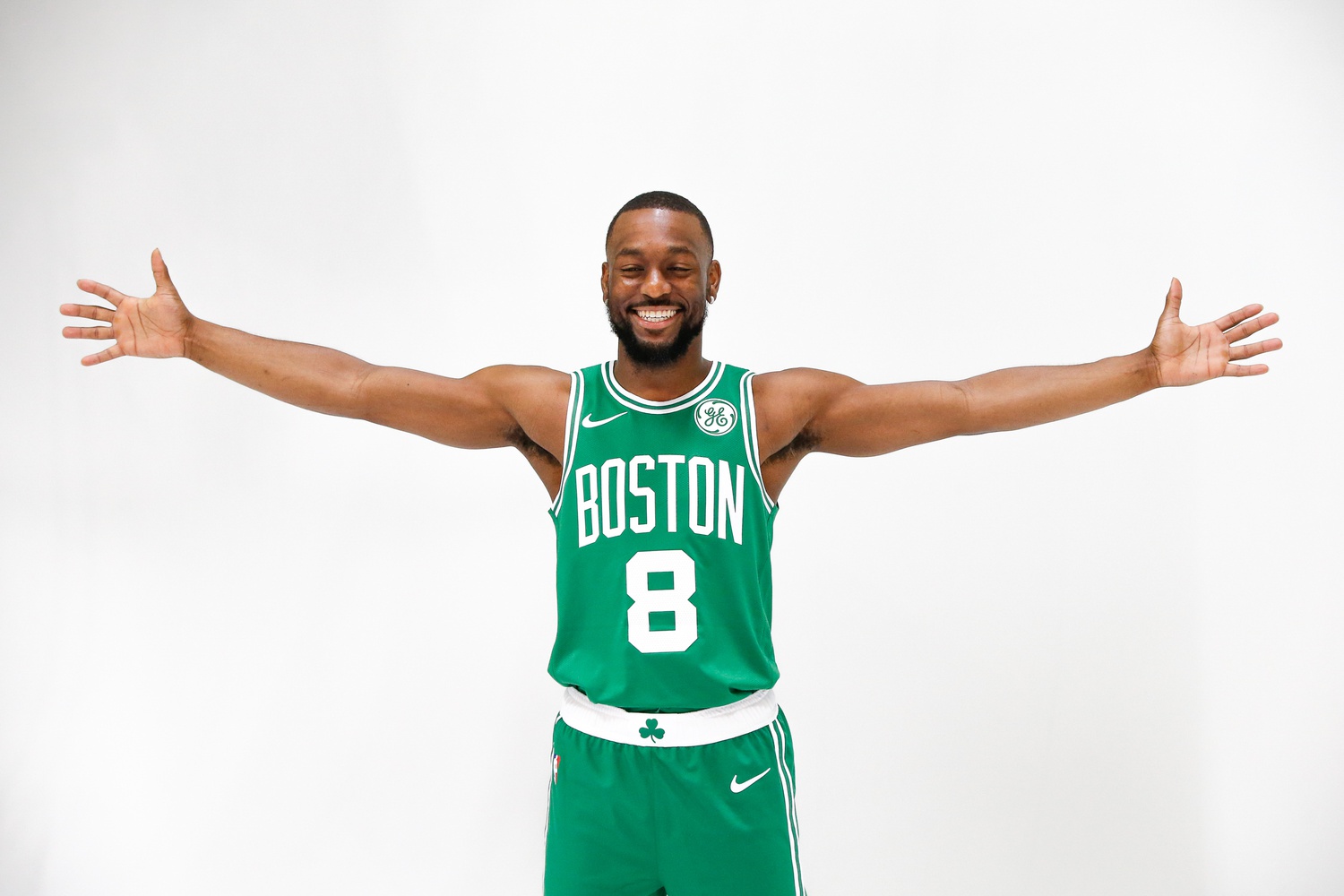 Your Morning Dump... Where Kemba told everybody he was joining the Celtics

When Walker called his mother to say he probably was headed to Boston, she just asked if he was sure, and he said that he was. She has always been his most vocal fan, and sometimes that was obvious during quiet Charlotte games.

“Mom,” he said, “you don’t have to cheer by yourself anymore.”

When Walker and his sister returned to Charlotte on June 27, his decision had been all but made. A man at the airport asked if he was going to re-sign with the Hornets, and Walker told him that he was going to become a Celtic, breaking the news himself in a busy terminal.

“He was telling whoever would ask,” Sharifa said with a chuckle. “He was just happy.”

In Boston on June 30, the meeting with the Celtics was a formality. When Ainge picked up Walker from Logan Airport, Walker’s first thought was that he could not believe how tall Ainge was.

Ainge typically seeks out character references, particularly with signings of this magnitude.

“But Kemba was one of the only guys I can remember I did not make a call at all,” Ainge said. “There was no need. I’d heard and seen too much good.”

Adam Himmelsbach’s got an absolute must-read piece on Kemba Walker over at the Globe. It’s really more of a biography in miniature.

One of the smaller things that stuck out to me was Michael Jordan’s apparent lack of interest in retaining Kemba Walker’s services. In their context as the former Charlotte Bobcats, Kemba is easily, easily the best player ever to suit up for the team, and Jordan was perfectly content to let him walk over a few million dollars a year.

That comment up there about Kemba’s mom coupled with MJ’s penuriousness is a reminder that the Celtics are not like other organizations in the NBA. To be sure, Jordan cares about winning, but he also cares about bottom lines, and it’s no stretch of the imagination to believe that MJ the player would have hated playing for MJ the owner.

The Celtics are still shaped by the attitude of Red Auerbach–in fact, Mike and John are busy telling that story over on the Locked on Celtics podcast.

Page 2: Where Allison Feaster is helping the C’s stay busy

When Allison Feaster logs in to [Zoom] for one of the Celtics’ many video conferences, all of the familiar faces come up in a gallery view on her computer screen.

There’s Tacko Fall, who with Feaster’s help has signed up for a Spanish course in his isolation, and Semi Ojeleye, who is studying photography now that he can’t attack the Auerbach Center’s weight room. Enes Kanter, forever in search of new horizons, is learning to cook. Grant Williams, board game enthusiast and general all-around socializer, now has to connect, like everyone else, virtually.

The job has also paid a reciprocal benefit for Feaster. She’s not the only one, in her working relationship with these players, with something to teach. This eclectic group has triggered some inner growth in her, as well.

“I don’t know if the awe and appreciation for what I’m doing will ever subside, but it makes me want to continue to grow,” she said. “I’ve always considered myself a lifelong learner. But it’s challenging me to step outside my comfort zone and grow as well, and want to be a better person, a better leader, a better teammate. The ultimate goal is to help these guys achieve their goals and help this organization be a better organization.”

Allison Feaster is the “Director of Player Development” for the Celtics, and that means, basically, off-court development. It’s her job to help these guys navigate all the stuff that isn’t basketball.

It is an interesting job because right now, stuff that isn’t basketball is a pretty small part of these guys’ lives. But eventually–and quicker than you’d think, I say, as someone whose 20s and 30s were a blur–the non-basketball stuff is going to take up most of their lives. Feaster has to help guys who have often been fed a steady diet of nothing but basketball develop into people who can function after and without basketball, an it looks like the team has found a good fit for the task.

Page 3: Players are getting full checks on April 15, but the league won’t guarantee that going forward

The NBA will pay its players their full paychecks on April 15, according ESPN’s Adrian Wojnarowski, citing a memo sent to teams by the league.

The NBA has warned players they might not receive their full paychecks, citing a force majeure clause which lets the league off the hook in a specific set of circumstances such as a global pandemic.

Let’s get something straight before we start.

Team owners can afford to pay NBA players–and everyone else they employ–their full salaries.

They do not want to because that would require spending money out of their own pocket.

Don’t forget that when these billionaire owners start pleading poverty during the next CBA negotiations. Those owners love to act like they are running these teams as charities, that they’re spending their personal fortunes to keep teams afloat.

They’re not. This is a business, and they are paying players with revenue.

And while there are undoubtedly some owners who would be willing to pay full salaries to their players, the vast majority of the league’s owners do not want to do this, and so, because the terms of these contracts are collectively bargained, everybody’s going to take a hit.

Finally, Paul Pierce is in the H-O-R-S-E competition