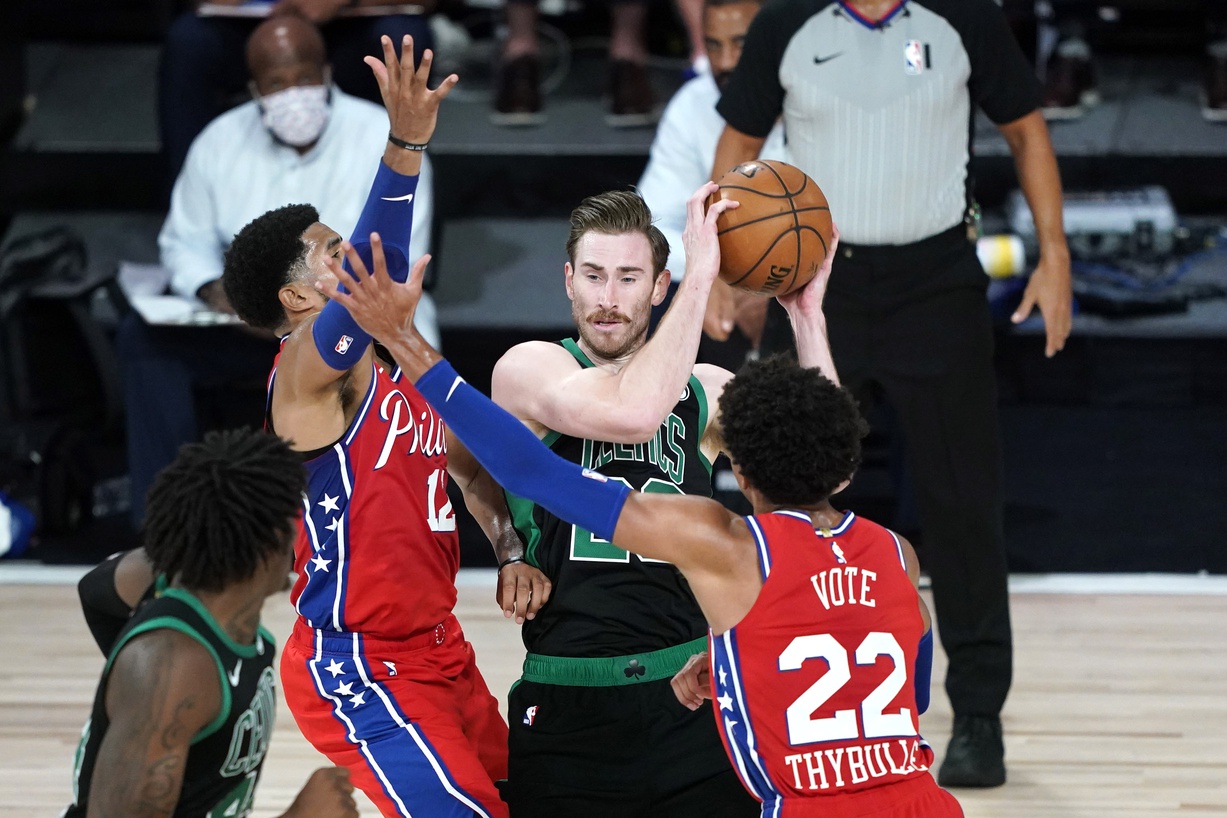 Boston Celtics wing Gordon Hayward is progressing towards a return to the floor. On Sunday, nearly a full month since suffering a Grade 3 right ankle sprain in the first game of the playoffs, Hayward was at Celtics practice.

“He did a couple of non-contact, very light drills,” Brad Stevens said Sunday afternoon. “He’s out there doing individual work right now, but none of the stuff with any groups.”

“Since I’ve seen him last, it’s good progress,” Stevens said. “I know he feels better. He’s worked hard to get to where he is and I think he’ll play at some point in this series. As far as predicting a timeline, I have no idea. But I feel like he’s made good progress and will play eventually.”

I’m hoping this talk of Hayward returning “eventually” is a game of cat-and-mouse with the Heat coaching staff. I mean, why broadcast a major upgrade to your rotation until you absolutely have to?

It’s astonishing to me how little play Hayward’s return is getting on the national stage. The Celtics, overwhelming underdogs to Toronto, are bolstering their rotation with a guy who averaged 17.5 ppg on 50/38/85. He’s not returning from a broken ankle or severed hand, he’s returning from a sprained ankle. Even a rusty Gordon Hayward will have a huge impact on the Celtics bench production.

FWIW: 11 out of 21 experts at ESPN favor the Heat in the series.

On Page 2, Grant Williams is thankful JT saved his career in Boston.

“I was actually super confident going to the line: ‘Eh, it’s just two free throws,’ ” he said. “And then when I hit back rim, I was like, ‘Oh, that’s just a back rim.’ It was a good shot, looked good, felt good. And then I shot the next one to the same spot and I was like, ‘Oh, my goodness.’ I don’t ever remember a time I missed clutch free throws like that.”

It could have been a disaster for the Celtics, but Jayson Tatum swooped in from beyond the arc and grabbed a rebound and was fouled.

“I was like, ‘Thank you, JT, for saving my career here in Boston,’ ” Williams said.

Grant may be a rookie, but he already has a firm grasp on Celtics fans. Had those missed free-throws results in a series loss, um, that’s not something we would forget.

NBC: How much intel can Crowder, Olynyk provide Heat?