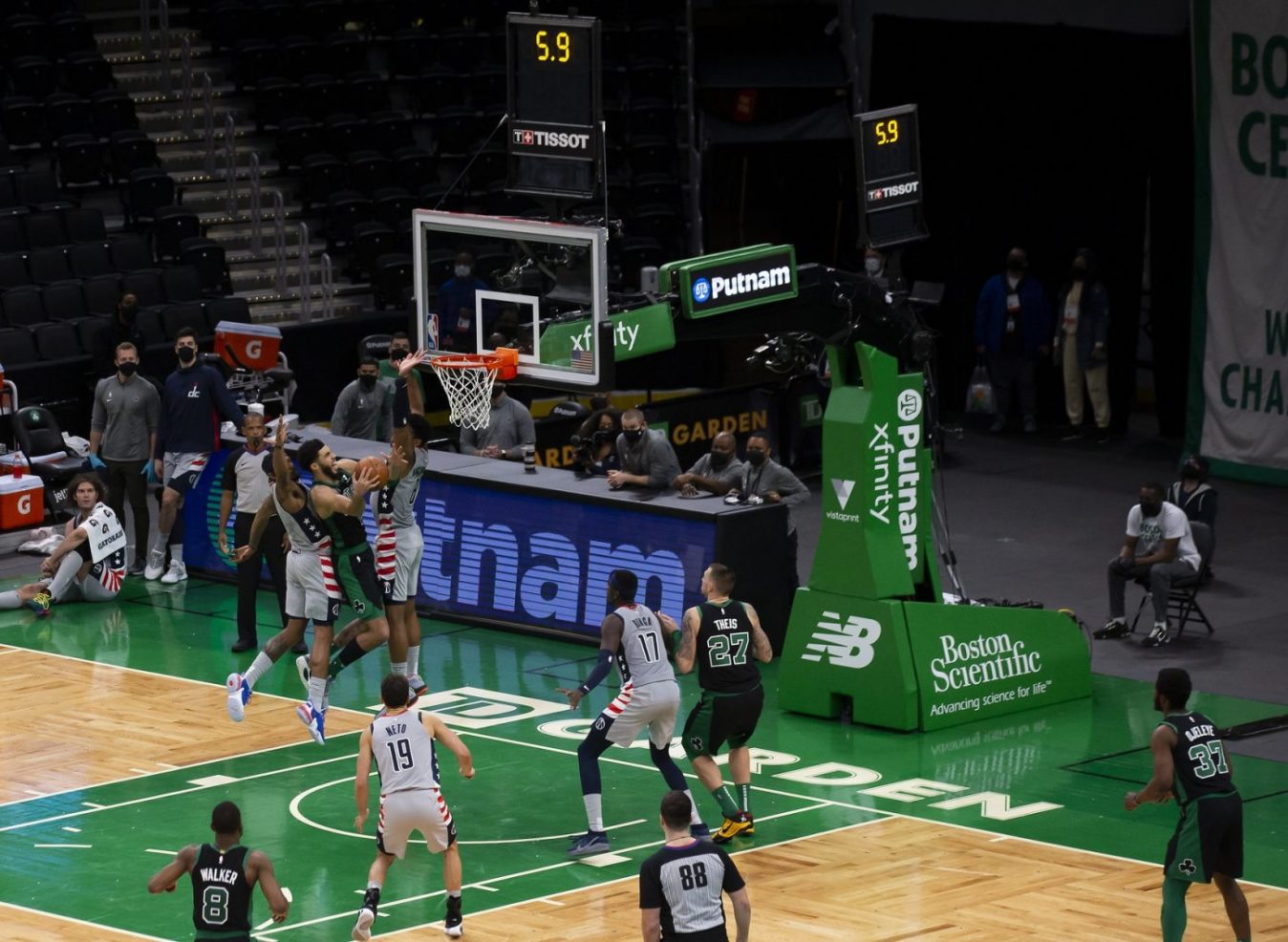 Despite some weird mistakes, cold shooting stretches and allowing a titanic Bradley Beal performance, the Celtics stole a 111-110 win from the Wizards in a tense-as-hell game.

The first quarter was a study in contrasts: First, an offensive desert, with Boston not shooting well but outpacing a Washington squad that didn’t make a field goal for 6 minutes. Then, a war of attrition, with Beal (46 pts) heating up for the Wiz and Jayson Tatum (31-8-3-3) taking charge and building a lead for the Cs.

Boston’s defense took more of a firm hand in Q2, forcing to Washington to take (and miss) most of their shots at the perimeter—though also fouling often enough to repeatedly put the Wiz at the line. (Combined, the teams took 54 free throws for the game; the vast majority were in the first half.)

Going into Q3, the Celtics held a 60-55 lead. While I don’t think you’d call what either team played during the frame “great basketball,” Tatum and Kemba Walker (21-5-8-2) kept Boston ahead for the beginning of it. Then the shooting woes the Wiz felt in Q2 switched to the Cs, and Washington got as close as a point away.

Tatum and the bench kept them at bay until a few minutes into Q4, when a sloppy block attempt by Rob Williams was ruled a goaltend and the Wiz had their first lead. The Cs reestablished control briefly due to well-executed pick-and-rolls between Walker and Daniel Theis (20-9-3-1), before letting Beal take it right back…and then Tatum put on his takeover mode in the final minute with a series of big shots and a massive stop to save a game that easily could’ve been a loss.

Travel through it with highlights, thoughts and jokes below:

"It's been a while since the Celtics got off to q quick start, but they got one tonight" ~ @celticsvoice

You can say that again, Mike

Credit to the Wiz social person for having a sense of humor:

we made a shot

The Year of the Time Lord#Celtics Rewind presented by @tmobile pic.twitter.com/qiXVi8hKhC

Doesn't feel like anyone won that first quarter except for the free throws.

Tatum’s so smooth with it pic.twitter.com/qaoOlafNMc

Kemba Walker with a team-high 17 points in 19 minutes.

best thing about that third quarter is that it's over now

The Kemba Walker-Daniel Theis pick-and-roll combo continues to produce huge results for Boston. They're keeping the Celtics in this game. Wizards up 91-89 with 6:23 remaining.

I thought this is why Nesmith existed https://t.co/KHcVgx7U0u

Defensive adjustments down the stretch were huge.

A simple pass to the roll man, what a novel concept, got Cs 8 straight points when they needed them

Jayson Tatum vs. the Wizards