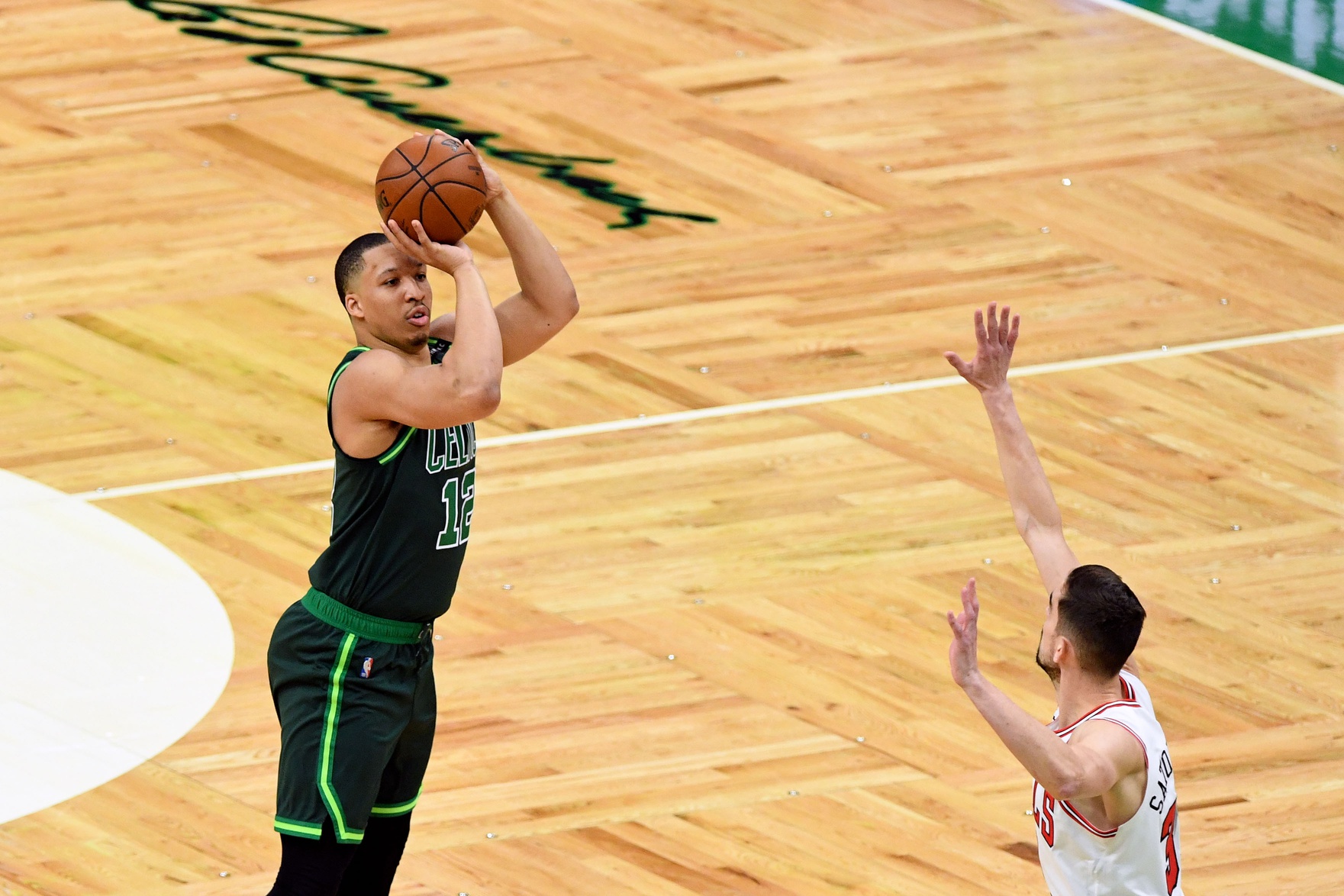 I’m still annoyed with last night’s 102-96 loss to Chicago. Maybe it’s because they could have escaped with a win if Jayson Tatum shot 30% instead of 18%. Or maybe, it’s that NBC Boston thinks it’s acceptable to subject the Celtics loyal fanbase to Brian Scalabrine as a play-by-play guy, and his voice (it’s really his personality if I’m being honest) grates on me like nails on a chalkboard.

1. Management didn’t care about this game and neither should we

A week ago Brad Stevens flat out told us the Celtics will not prioritize playoff seeding over the health of players. Of the four key players who missed last night’s game, Evan Fournier (COVID/Health and Safety Protocol) is likely the only one with a serious injury/condition. I’m willing to bet Kemba, Smart and TimeLord would have suited up if this was the opening game of the playoffs. One of those guys plays, and the Celtics probably win. Insert shoulder shrug emoji here.

With Rob Williams sidelined and Chicago rolling out Vucevic, Theis, and Thad Young, Brad Stevens needed someone on the bench to help out Tristan Thompson. In the first half, Luke Kornet and Grant Williams each logged 10 minutes. In the 2nd half, Kornet never left the bench while Williams logged 12 cringe-worthy minutes.

I know some Celtics fans have a hard time understanding why Stevens rolls with Grant. Here’s why. Boston is 8-2 over its last ten. Coming into last night’s game, Grant Williams was a combined +75 despite shooting 29% in those ten games. He can do the little things to help this team win. But when he’s bad, he’s really bad.

3. What happened to Jaylen Brown?

4. Jayson Tatum is not a super-hero, after all

Like, triple-doubles are cool and all, but the Celtics really needed Tatum to score. Aside from the horrific 3-17 FG, Tatum also had three terrible turnovers in the 4th quarter. He’s allowed to have bad games, but this performance was a stark contrast to what we have witnessed recently.

5. We deserve better from NBC Boston

NBC Universal generated $28 billion in revenue in 2020. Its parent company, Comcast, reported $37 billion in profits for 2020. Yet, the NBC sports affiliate in Boston cannot afford to keep a broadcaster with basketball play-by-play experience on its payroll? I enjoyed listening to Danny Ainge (former TNT analyst), but Brian Scalabrine as play-by-play is bush league service for a dedicated fan base. He’s raw by color analyst standards, never mind play-by-play. Even the notoriously cheap NESN has play-by-play guys in the bullpen.