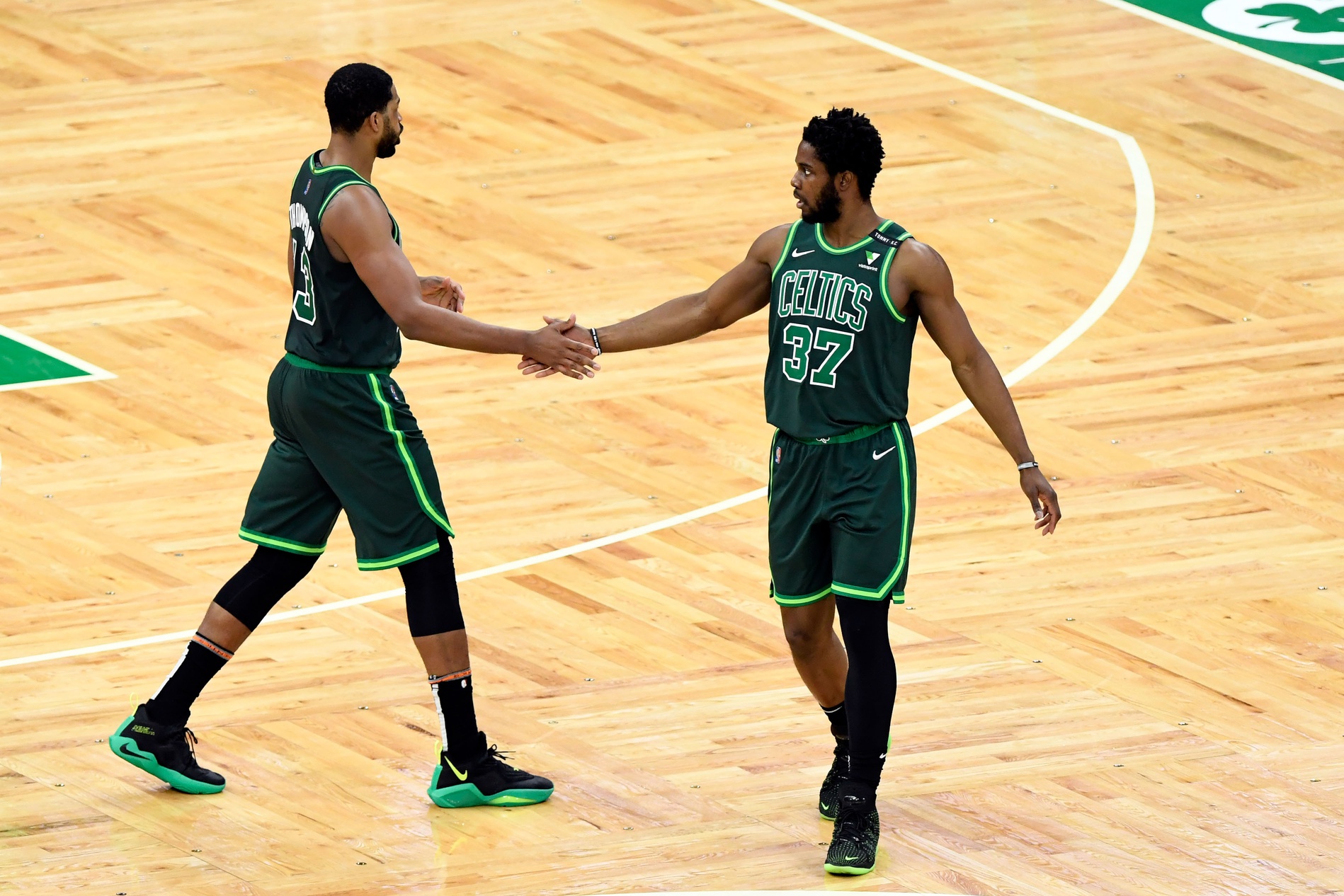 Next season is going to seem hopelessly slow-paced, I think. The league has crammed so much basketball into the first few months of this year that two days between C’s games seems like an unnatural stretch.

And several C’s are going to get a mini-all-star break, as Kemba Walker and Marcus Smart both sat out last night’s game, giving them a four day vacation, while Rob Williams has been idle since Thursday with knee soreness that might be connected to his PAES. Fournier might even be back from COVID by the time Thursday night rolls around. So the C’s may well be at 100% after this little vacation.

But the big story this morning is apparently last night’s stinker versus Chicago.

I’m, frankly, not surprised by the outcome of last night’s game. It had all the hallmarks of ‘bad loss’ before the opening tip. The C’s were coming off a jam-packed road trip (Denver-Portland-LA in five days) including a night flight back from LA Thursday and a tough contest against Golden State on Saturday. Plus the C’s were down four rotation players against Chicago (Walker, Smart, Williams, Fournier). Then you factor in Stevens deciding to do some experimenting during the game (because why not? There’s no difference between the fourth and fifth seed given the lack of home court advantage), running Romeo Langford at point, and frankly, I’m surprised the game was as close as it was.

Anyway, let’s look at some of the coverage:

With Smart and Walker out, the Celtics tried some unique looks at lead guard. Tremont Waters impressed with his two-way play, getting to the rim and creating havoc defensively.

In the first half, the Celtics gave Romeo Langford some looks at point guard. Brad Stevens has repeatedly praised Langford’s feel in the pick-and-roll, and Langford showed why he has earned Stevens’ praise at times with a pair of nice, simple pick-and-roll assists.

Langford should be a pick-and-roll threat as he develops — a talented slasher who can finish around the rim, handle and pass in traffic. Still, as Brad Stevens noted after the game, he isn’t ready for those responsibilities yet.

Over at BSJ, John breaks down several of Romeo’s plays and notes that he’s learning what he needs to learn to be an NBA point guard:

One thing pick-and-roll ball handlers need to learn is when to use the screen and when (and how) to reject one. Rejecting a screen is what it sounds like. A guy sets a screen for a teammate to go right, but instead the ball handler goes left.

It happens when the ball handler reads people overreacting to the screen. They start to move too soon, or too far, and the lane ends up opening up on the other side.

Meanwhile Jabari Parker had another solid outing (also from the Boston.com piece):

Jabari Parker impressed for the second game in a row, posting eight points on 4-for-7 shooting in 16 minutes. Parker looks like a very intriguing fit as an opportunistic small-ball big who can do a lot of different things.

“He’s a guy that can score, he’s a guy that’s got shiftiness in one-on-one matchups in the post and mid-post,” Stevens said before the game. “He’s great on the baseline, and there’s ways he has to improve to play in the most meaningful games and the most meaningful times. But he’s a good guy, good worker, he’s excited to be here, and we’re excited that he chose to come here.”

I’ve been itching to do a blog post about Parker–and since the team signed him on Friday night, it was going to be a few days before I got a chance.

For starters, Jabari Parker barely made a ripple in buyout market coverage. Luke Walton buried him in the Kings rotation. He saw action in three games over the course of the 2021 season and was dumped for Chris Silva (basically). Honestly, I thought that he’d been injured for much of 2021, as I mean, we’re talking about the KINGS here. How does a guy who has been a pretty steady 20 points per 36 minutes guy not earn time playing for a team with a 23-34 record?

It absolutely boggles my mind that NBA observers took Parker’s failure to crack the rotation of the Sacramento Kings as an indication of his value.

We have, by this point in time, ample evidence of two things: That Jabari Parker is a good scorer, especially near the basket, and that Luke Walton is not a very good NBA coach. That the judgment of an inept coach trumped what is obvious on film is just another indication that the mass of NBA GMs are, well, not very good at their jobs.

Parker wants only a bit of improvement in his three point percentage to become a real problem for defenses. If he can improve his three-point percentage to the league average or slightly better, he becomes not just a guy who can impact the game by scoring, he becomes a guy who can impact the game by creating space. If he’s a credible threat from the corner, he forces his defender to either give up an open look from three or abandon the lane and leave space for another Celtic to drive.

Given the generally poor coaching that Parker has had at every stop in his NBA career (seriously: Jason Kidd, Fred Hoiberg, Scott Brooks, Travis Schlenk, Luke Walton), I think we’ve barely scratched the surface of what he’s able to do.

Page 2: Where Brad was never offered the Indiana gig

Citing a source, Wojnarowski stated that Indiana was prepared to offer as much as seven years and $70 million for Stevens to replace Archie Miller, who was fired after the season.

“First of all I was never offered a package so that’s all news to me,” Stevens said. “Secondly I wasn’t going to leave anyway.”

And that pretty much is that. Except that Stevens went on to add:

We’ve said a lot about the extent to which this season has sapped players of their enjoyment of the game. But honestly, perhaps we haven’t said enough about the extent to which the grind of this season—the stress of having to try to coach a shorthanded team to victory night after night, while still developing raw talent—has impacted guys like Stevens. These are people who are older than players and who have, because of that, generally accumulated more of a life apart from the game of basketball.

Players sacrifice a lot of their personal lives for the game, but coaches make similar sacrifices. They are out of town as often as the players are, and when they are in town, perhaps even at home, they’re often occupied by game prep.

We all get the financial reasons behind the NBA’s decision to cram 72 games into less than five months, and yes we all know that this is a business. But let’s stop for a minute and think about how ridiculous it is that we’ve simply accepted “we need the money” as a justification for this. Because, honestly, do the players and teams really need the additional money that comes from having a 72 game season instead of, say, a 52 game season?

Because the sense I get is that for all concerned, this was a clear-eyed decision to prioritize financial well-being over the emotional and physical well-being of coaches and players. Players and owners knew they were putting money first and, honestly, that just seems wrong.

I mean, you would think that of all people, millionaires and billionaires would have the luxury of putting other priorities ahead of greenbacks, but as it turns out, they’ve chosen to pursue a course that puts money ahead of everything else.