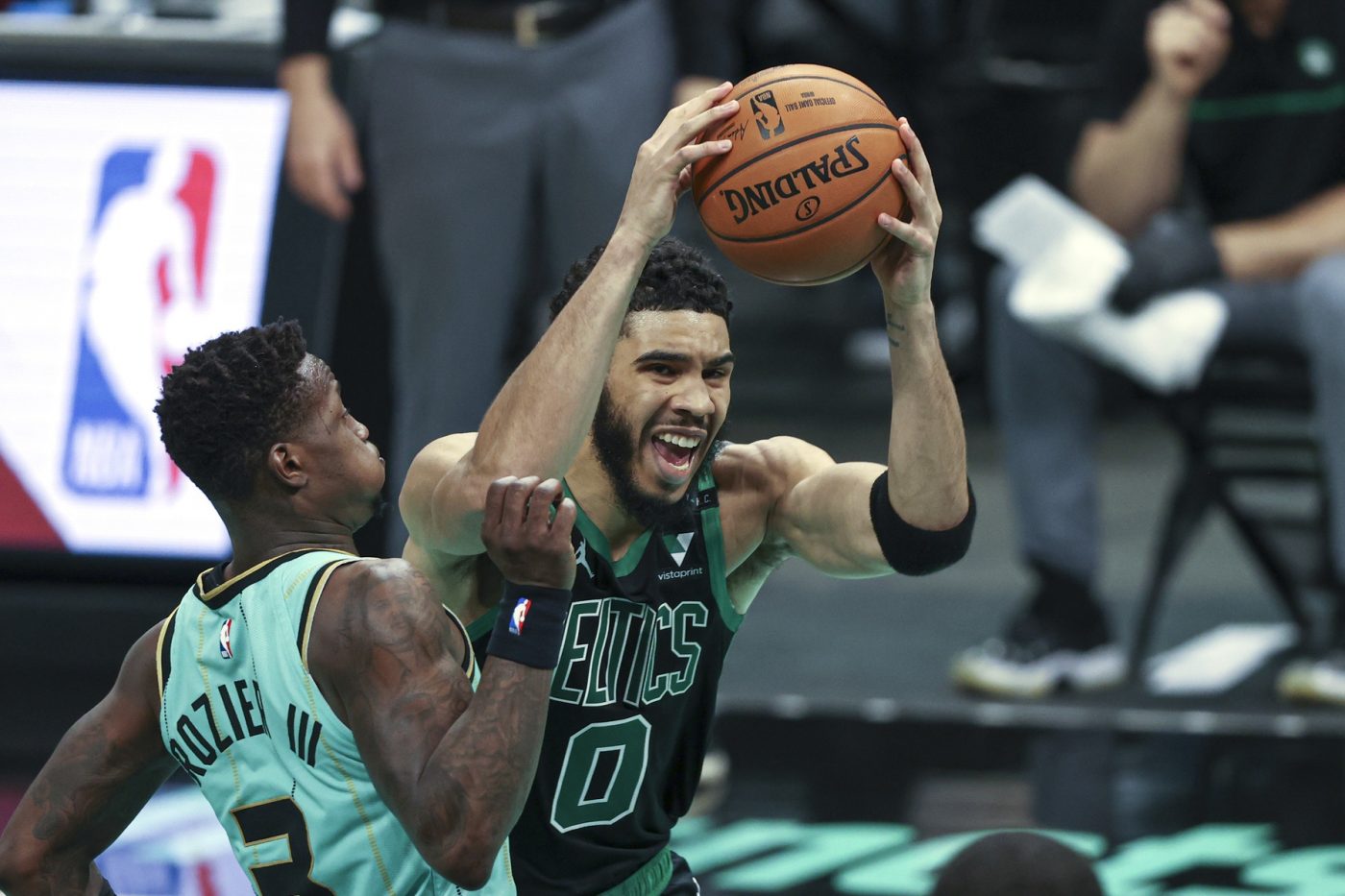 Say it with me, kids: AFTERNOON GAMES SUCK! AFTERNOON GAMES SUCK! But like, aren’t teams supposed to drop these Sunday matinee games like the Celtics just did in cities with beacoup nightlife, a la Miami and L.A.? (What do I know; maybe Charlotte is absolutely bonkers on Saturday nights.)

Anyway. To some extent, it’s probably best to chalk this game off as a bad Sunday lethargy moment and move on. But if the Celtics do hope to make a decent amount of noise in the playoffs, this contest still illustrated some of the things they truly need to correct. Let’s break it down:

1. The scourge of turnovers

This isn’t new. Turnovers have dogged Boston intermittently for much of the 2020-21 season (they rank 17th in the league for that metric), and were racking them up aplenty even during their convincing 6-game win streak.

By volume, this contest wasn’t that high on the turnover scale (13; by contrast, the Phoenix win had 17 and the Portland W had 14). The problem was what those turnovers led to:

Having a weakness like turnovers in itself isn’t always fatal. But you gotta be immensely careful to keep it from screwing up your game plan, and the Celtics couldn’t do that.

2. Charlotte won by playing the way Boston often aims to in the Brad Stevens era

This context felt almost like we were watching some sort of Freaky Friday-esque metamorphosis: one in which the Hornets under no-longer-green head coach James Borrego played his squad like Brad Stevens often wants the Celtics to play. Pace-and-space with extra passes whenever they’re necessary to turn a bad shot into a decent one or an acceptable attempt into a higher-percentage gambit. Drives to the paint whenever possible. Aggressive switches on defense.

The Celtics have 16 assists. That discrepancy is not small. https://t.co/9I791hje3k

Boston meanwhile, was not unlike those depressing, full-on doldrums teams Kemba Walker labored under as a member of the Bobcats and Hornets. Intermittent bursts of strong offense, inconsistent-at-best defense and no clear offensive game plan beyond “let whoever’s shooting hot handle the ball.” (Yes I know Steve Clifford was coach then and he was a good defensive strategist but it was very much a process ≠ results situation. Stevens is also a good defensive mind but it doesn’t always translate.) Just a toal f***ing nightmare scenario (or Knightmare, if you’re a Snyder cut fan).

Brad Stevens' biggest indictment on his team: "We guarded (the #Hornets) like we were expecting to play against ourselves. Like we were going to hold it for an extra dribble." #Celtics

You can chalk that off to overall fatigue, or Saturday night flu—whatever you wanna call it. The point being: Effort was not there across the whole team. They were not on the same page with one another.

4. The absence of Timelord looms large

Just as Robert Williams was getting comfortable being the Celtics starting center, he was suddenly out with yet another knee injury. He was a huge part of the recent win streak, and it’s no surprise the team is having a little bit of trouble—to say the least—without him.

It’s also become clear he’s far more cut out for the starting gig than Tristan Thompson. Part of what we saw today definitely had to do with the lack of raw energy that Williams typically provides—and which none of Tristan‘s ability to gobble up offensive rebounds can truly make up for.

5. Some signs of life for the other Williams

Let’s be frank: Grant Williams has taken a lot of shit this season. There’s no other way to put it. He’s taken a lot of that in general, some of it well-earned, some of it unfair. Why I bring this up is that it seems like the flak he catches is based on his inability to do stuff that probably shouldn’t have been expected of a defensive specialist drafted in the 20s. He will never be a Vinnie “The Microwave” Johnson-type scorer, even though he’s gotten much more reliable from the perimeter.

So it was nice to see him do fairly well in limited minutes during this contest, making 3 triples out of his 4 shot attempts and helping facilitate good plays for others. (There’s a reason why he’s only a -1 over 19 minutes of gameplay in a Celtics box score full of minuses in the high teens and twenties.)