5 rational thoughts about the Celtics comeback and Tatum’s milestone 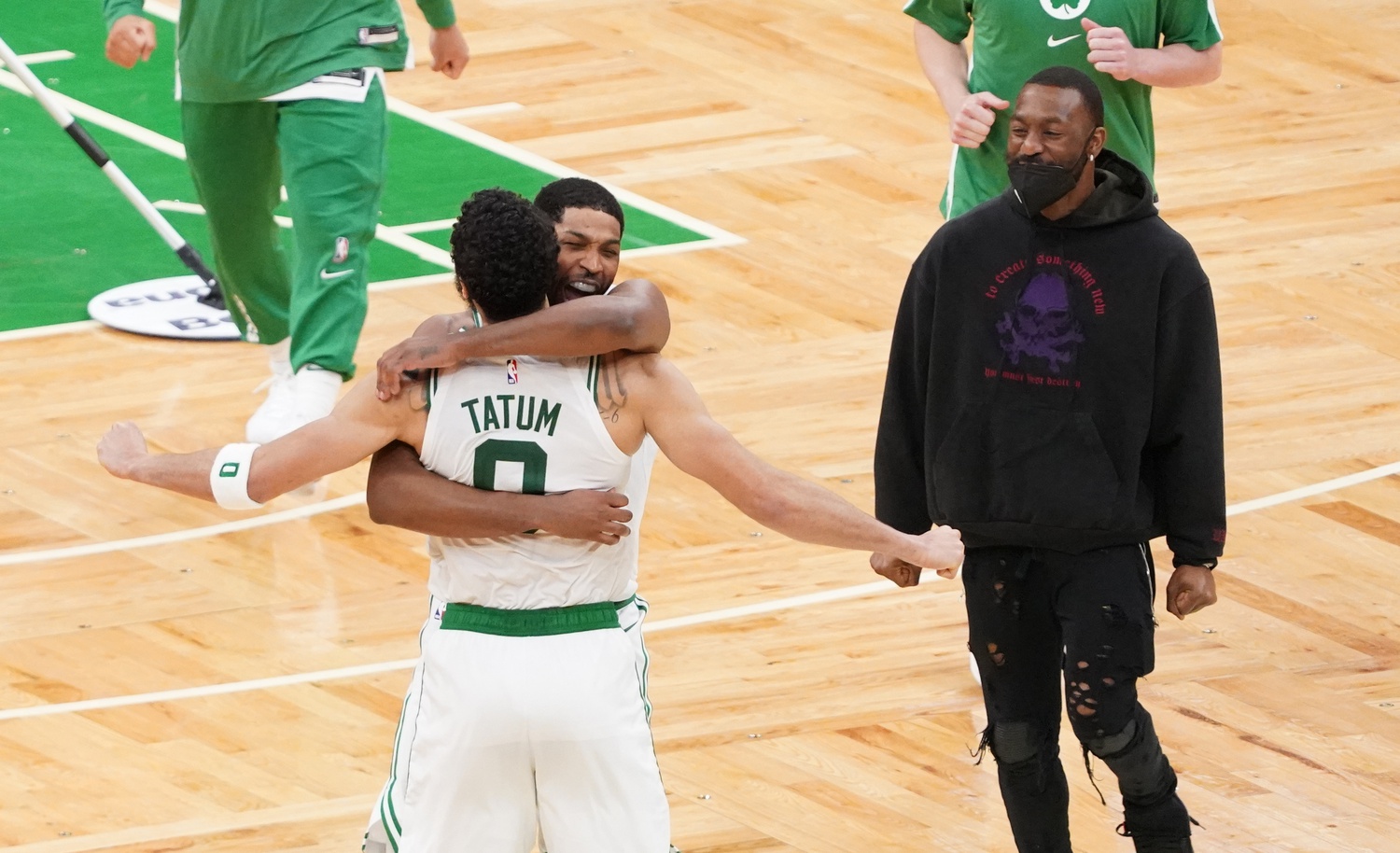 Last night’s Celtics game was a whirlwind unlike any other in this season. I did my best to document the stunning 143-140 win in the moment with the recap; here we’ll look at more specific elements of it.

1. Once again running out of superlatives for Jayson Tatum

Last night, Tatum played with absolute transcendence, even in the first half when most other players on the court appeared to be only present in hologram form, while their physical bodies were in Universe B. The most obvious aspect is the 60 points, but it was more than that: He was trying to get others involved even early on, yet he knew he might be on his own for a while. Later, as the team woke up, those efforts at inclusion bore fruit; people started making extra passes, going harder for stops and so on. He didn’t have a single turnover even as he faced fierce pressure on the majority of his 20 made field goals (out of 37 attempts). He is the first NBA player ever to score 60 and make 5 assists without turning over the ball.

Everyone on this roster has been responsible for various less-than-sterling moments of this strange, uneven Celtics season, as has everyone in the front office, and on the coaching staff. Tatum is no exception. But it’s increasingly obvious that he’s the sort of player who can help fuel the greatness of others. If he’s that now, in his fourth year, sheer logic dictates he’ll only improve in this regard.

Ryan Bernardoni summed it up better than I could:

With 20 seconds left, down one, sitting on 56 points Jayson made the right decision when faced with the double, passing to Smart who moved it to Jaylen for the corner three.

2. The first half may have been this season’s nadir

When your opponent is shooting over 70%, as the Spurs were for much of last night, luck is certainly a factor. San Antonio’s young shooters Dejounte Murray and Lonnie Walker seemed damn near unstoppable. Luck of the opposite kind also played at least some role in Jaylen Brown’s rotten shooting night, which was so uncharacteristic for him given the hyper-efficiency he’s developed.

The Cs were also really, really f**king certain things up, though, and we have to acknowledge them. Overall, the offense seemed so confused and listless until about halfway through the third quarter. In particular, Evan Fournier’s shooting woes remain troubling, as they’ve been the norm for his (albeit short) Celtics tenure. Defense was even more of a wreck until quite late in the contest, in no small part because the Cs bigs had so much early difficulty staying in front of their opposite numbers Jakob Poetl, the undersized Keldon Johnson and even Rudy Gay. Early turnovers, 6 in Q1 alone, may have been the biggest contributor to the hole Boston had to dig out of, and they’ve been a nightmare all season. Most of these issues have been present to some degree all season, even if the way the team bounced back from them was inspiring.

3. Nesmith coming into his own

Aaron Nesmith was drafted as a shooter, and has always exhibited the potential to be a reliable NBA-caliber shooter even in his very up-and-down minutes. But of late, it’s his defensive effort that’s kept him on the court for longer stretches.

In this game and the last one, he showed out on both ends. The scoring was notable because he drove more often than he settled for triples (though he made 2 of the 3 long-rangers he attempted and converted 5 of the 6 remaining FGAs). Defensively, while he wasn’t gonna rack up three steals and blocks apiece against a strong Spurs frontcourt like he managed to vs. the young Hornets, he contributed to critical stops in both Q4 and OT. And he did this under great pressure. Had he made critical mistakes, we’d be talking about them with frustration equal to the praise we’re heaping on him today, and Brad Stevens would’ve cut his minutes again. It’s great to see Nesmith exhibiting confidence like this.

You all know I can’t resist a joke this crass:

Thompson had 8/15/5 and 2blocks. Y’all wanted to banish this dude. I knew all we had to do was just wait for him to get caught cheating again!

I don’t know anything for certain about Tristan Thompson’s extracurricular activities, nor do I care about them unless they somehow hurt the team. What was hurting the team, earlier in the season, was TT’s lack of practice time and resulting unfamiliarity with Boston’s system. This led to the much-despised and often troublesome double-big starting five. He wasn’t looking like he fit in.

Early in this game, he appeared to be making those early-season mistakes again, and he wasn’t scoring effectively at all. (Also, to be clear, Rob Williams’s role as the starting center should not be questioned for even a second, so long as he’s healthy. Rob’s game was solid, ending with 10-9-3 plus a block even though he had the same early problems as the rest of the team.)

But down the stretch, when Timelord’s minutes restriction had to take effect, TT was crucial. Boston wouldn’t have completed that comeback without Thompson collecting 8 of his 15 rebounds on the offensive glass, forsaking shot attempts to make passes to open guys and intimidating the Spurs bigs who’d feasted so readily in the first half.

5. Whiplash and other miscellany

I think that game is one of the weirdest viewing/analyzing experiences I’ve ever had. It clearly was also bizarre for Mike Gorman to call. Celtics Twitter’s transformation from doom to elation was equally jarring.

Last thought, inspired by a mutual from the aforementioned Cs Twitter:

Brian Scalabrine has often been less than enjoyable as the full-time color commentator this season, but he was truly up to the task of Friday’s game with the “ARE YOU KIDDING MEs?” and “CALL THE FOULs!” More of that and less of the old-man-yells-at-cloud s**t, Scal.