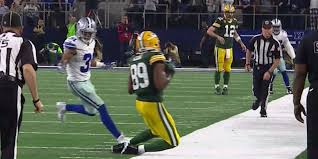 The Green Bay Packers have won more championships than any other NFL franchise with 13. Green Bay is also the only team in league history to win three straight league championships, something they did twice, first in 1929, 1930 and 1931 under Curly Lambeau and then in 1965, 1966 and 1967 under Vince Lombardi.

While everybody knows the legacy of stars like Bart Starr, Brett Favre, Aaron Rodgers, Herb Adderley, Paul Hornung, Willie Davis and Don Hutson, many lesser known Packers have contributed to the team’s postseason success. These were role players with the Packers who came up big in a big playoff moment and helped lead the Packers to victory.

Players listed only had accomplishments in postseason games that the Packers won. Each participant is listed in chronological order based on when their most famous postseason contribution took place. Feel free to mention any other players who you feel belong on this list.

Like most players in his era, Laws played both ways for the Packers. In the 1944 NFL Championship Game against the Giants at Polo Grounds in New York, Laws set an NFL playoff record (since broken) by intercepting three passes off former Packers passer Arnie Herber. Laws also recovered a fumble by one of his teammates during the contest.

The Packers won the game 14-7 as Ted Fritsch scored both touchdowns for Green Bay. In a game decided by one score, Laws’ three turnovers made a big difference in deciding the outcome.

This was the sixth and final championship the Packers won under Curly Lambeau.

The 1966 NFL Championship Game came down to one final play. Vince Lombardi’s Packers were facing Tom Landry’s Cowboys and the Packers were clinging to a 34-27 lead at the Cotton Bowl in Dallas.

Don Meredith led Dallas down to the Green Bay 2-yard line with 28 seconds left and the Cowboys were facing fourth down. Linebacker Dave Robinson got pressure on “Dandy Don” and then defensive back Tom Brown intercepted his pass in the end zone to clinch the Packers victory and send the Pack to Super Bowl I.

Brown made another interception the following year in the Packers 28-7 playoff win over the Los Angeles Rams, but his biggest play will always be the interception in the end zone that clinched the 1966 NFL title game for the Packers.

The Ice Bowl remains the most famous game in Packers history and it was the culmination of the Lombardi Era. Both Bowman, the Packers starting center and Mercein, a running back the Packers signed off waivers during the season when injuries shut down several Packers RBs, had big roles in the Packers victory.

Mercein made several key plays on the final drive including a 19-yard swing pass from Bart Starr that brought the ball to the Dallas 11. Mercein also got out of bounds on that play after lunging for the sideline on the frozen turf to stop the clock.

Then, Mercein ran the ball on a “sucker play” that tricked Hall of Fame defensive tackle Bob Lilly and gained eight yards down to the Dallas three.

Bowman teamed with Jerry Kramer on the most famous block in NFL history, pushing back Cowboys defensive tackle Jethro Pugh so Starr could score with 13 seconds left on the clock to give the Packers their 21-17 win.

Mercein was seen following Starr into the end zone with arm aloft, showing the officials he did not assist his quarterback on the play. Kramer got most of the attention, but he and Bowman teamed up to make that block after seeing in film study that Pugh tended to play higher than most other tackles so they could get under his pads and push him back.

The final drive was Lombardi’s Packers at their finest. A veteran team that rose to the occasion when it mattered most and won their third consecutive NFL championship and it wouldn’t have been possible without Bowman and Mercein.

Brett Favre was playing in his first career playoff game in 1993 when the Packers faced the Detroit Lions in the wild card round. Everybody remembers the performance of Favre and Sterling Sharpe who caught three touchdown passes in the game including the game-winning pass in the final minute on a 40-yard bomb from Favre.

But fewer people remember the contributions of rookie safety George Teague who intercepted Detroit quarterback Erik Kramer and returned the ball 101 yards for a touchdown. Instead of trailing 24-14, the Packers now led 21-17. The dramatic pick-six changed the momentum of the game and made the fantastic finish possible.

Teague was a Packer for three seasons and made two postseason interceptions including this one. It was a key turning point in Green Bay’s first non-strike season playoff victory since the Ice Bowl and an important building block of the franchise’s success under Mike Holmgren.

For the previous three seasons, the Dallas Cowboys and San Francisco 49ers had met in the NFC Championship Game. Those two teams were considered the best in the NFL with everybody else far behind.

But the 1995 Green Bay Packers changed all that in the NFC Divisional Playoff round when they went to San Francisco and thumped the 49ers 27-17.

The Packers showed they meant business one the first 49ers play from scrimmage when Steve Young threw the ball to running back Adam Walker. Linebacker Wayne Simmons hit Walker and forced him to cough up the football. Cornerback Craig Newsome scooped the ball up and ran it back 31 yards for a touchdown. The Packers had a shocking 7-0 lead which they never relinquished.

Simmons hit and Newsome’s touchdown set the tone for a game in which the Packers proved they were an elite team for the first time in decades. They advanced to the first of three consecutive NFC Championship Games.

The Packers offensive line had issues at left tackle in 1996. Ken Ruettgers was injured and the Packers later turned to Gary Brown and rookie John Michels. Wilkerson, a veteran backup, stepped in and started the season finale and throughout the playoffs as the Packers won their first Super Bowl since the Lombardi Era.

Howard was a key performer in the playoffs and the Super Bowl. The former Heisman Trophy winner from Michigan opened the scoring in the playoff game against San Francisco with a 71-yard punt return and was later named MVP of Super Bowl XXXI after clinching the Packers win over the Patriots with a 99-yard kickoff return for a touchdown late in the third quarter. Howard finished the game with 244 total return yards and set up the Green Bay offense with good field position even before his game-clinching touchdown.

Howard remains the only special teams player to win Super Bowl MVP in the history of the game.

Seahawks quarterback Matt Hasselbeck famously told the referee “We want the ball and we’re going to score” after the coin flip in overtime. Cornerback Al Harris made sure those words would haunt Hasselbeck when he jumped a pass route and intercepted Hasselbeck and returned it 52 yards for the game-winning touchdown.

Harris had a strong game even before he made the pick, making five tackles in the game and breaking up a pass.

The play gave Harris a permanent place in Packers lore as the Packers defeated the Seahawks and former coach Mike Holmgren and advanced to the division round of the playoffs.

The Packers signed defensive lineman Howard Green off waivers midway through the 2010 season. The 340-pound former LSU star had already been on four NFL teams before joining the Packers.

During the regular season, Green played in 11 games for the Pack, starting three. He made one sack, forced one fumble and was in on nine total tackles.

But in Super Bowl LXV, Green bull rushed Pittsburgh quarterback Ben Roethlisberger and forced him to throw a wounded duck that was intercepted by Nick Collins and returned for a touchdown. That gave the Packers an early 14-0 lead in a game they won 31-25.

Green’s play was a key part of the Packers most recent Super Bowl win and made a previously little-known lineman a part of Packers and Super Bowl history.

Cook was a big free agent signing for the Packers in 2016 but injuries limited him to five starts that season. He caught just 30 passes for 377 yards and one touchdown. When he was healthy enough to play, Cook was a potential difference maker.

In the playoffs against the Cowboys, however, Cook played a major role in the Packers thrilling 34-31, last second victory.

Cook caught six passes in the game for 103 yards and a touchdown, a three-yard toss from Aaron Rodgers in the third quarter that put the Packers ahead 28-13.

With 12 seconds left and the game tied at 31-31, Aaron Rodgers scrambled away from pressure and found Cook near the sidelines for a 36-yard gain. Cook got both feet in bounds and stopped the clock with three seconds remaining. Initially, the play was ruled incomplete but replay showed Cook dragged his feet and got them both down in the field of play so the catch was allowed and the Packers had the ball at the Dallas 32.

Cook’s spectacular catch set up Mason Crosby for a 51-yard field goal attempt that gave the Packers the victory. The two teams kicked three 50-plus yard field goals in the final 1:33 of the game. The Packers made two of them and they earned a hard-fought road playoff win.

Although he was only a Packer for one injury-filled season, Cook’s big catch in the playoff game against Dallas makes him a memorable playoff performer for the Packers.