Are you entertained so far, Eagles fans? 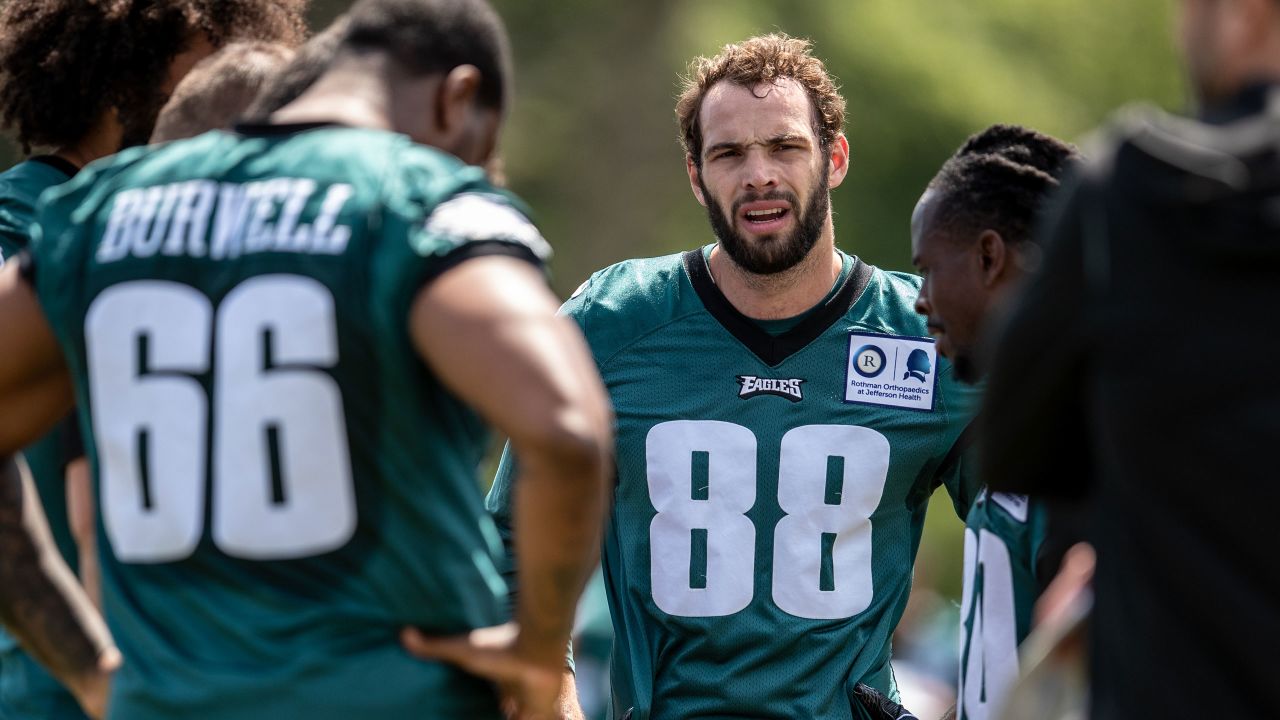 We criticize Eagles football machinations a lot here, it’s kind of our calling…But even if you are staunchly a cynic of the “new deal” going down in Philly, you have to admit this season has been way more entertaining than the debacle that was 2020.

Sure, there are major second-guessing opportunities across the spectrum of the personnel decisions in roster-building and the coaching presentations on game days…but do you not get the sense that there’s light at the end of the tunnel? Maybe it’s not an oncoming train…

If nothing else, and it’s often difficult to sift out, this group of guys and coaches has somehow managed to be fun to watch compared to the funeral march that was last season.  Yeah, we’re really not that good consistently, but even our games lost to mad power outages on offense and inexplicably soft defensive lapses have at least offered glimpses of crazy opportunities to win anyway.

There has always been that ONE PLAY, or that ONE DECISION, which could have had us at 8-5 instead of 6-7 in a weak division in a forgiving conference with a relatively soft schedule.

To me, that’s Entertainment…

Of course, winning more games is even more entertaining, but since this is a “rebuild” year, EYE will not be greedy.

Glenn Erby at EaglesWire puts it into a better fan perspective from the standpoint of Eagles fans looking for a reason to expect better days ahead:

“The Eagles received some much-needed rest with the Week 14 bye, but with Monday quickly approaching, all focus will be on the four-game gauntlet for a playoff spot.

“Whether it was Jalen Hurts’ development, DeVonta Smith’s smoothness, or Jordan Mailata’s toughness, the first 3 quarters of the season provided quite a few different developments.”

He’s right, no matter how imperfect the progress of the new Eagles has been, they’re actually in line to qualify for a wild card playoff spot. That is an unexpectedly extra wrinkle to the current entertainment factor.

New head coach Nick Sirianni has held the locker room together after a miserable start.  He dumped that impossibly pass-centric design to get his offense on track with a strong running game.  It’s working.

GM Howie Roseman has enjoyed some major dividends from recent drafts, trades and contract extensions.  He’s stockpiled a bunch of 1st-round picks for 2022, too. The Wentz trade, Dolphins trade, and drafting of DeVonta Smith give Roseman some breathing room heading into a huge offseason.

The Birds have shown two quarterbacks so far who are at least minimally competent to be decent placeholders in Hurts and Minshew.  That’s a secure position for a team who can now afford to shop selectively for its next “franchise QB” in coming drafts.

You gotta love the emergence of Dallas Goedert. Any questions about Goedert flourishing without Zach Ertz have quickly been answered and Philadelphia could have the top tight end in the NFL going forward.  Goedert isn’t as flashy or as athletic as say Kyle Pitts or Travis Kelce, but since Ertz was traded to Arizona, Goedert has 26 catches for 380 yards, tied with Kelce for most yards by a TE in the NFL.

Team health has never been better at this stage of a season. Jalen Hurts missed Sunday’s game with a sprained ankle, running back Miles Sanders left the game against the Jets with a sprained ankle and Jason Kelce suffered a foot injury. Running back Jordan Howard has missed two games with a knee injury, cornerback Steven Nelson has a shoulder injury that forced him out of the Jets game, and yet all should be good to go for Week 15.

Another entertaining plus is the development of Kenny Gainwell.  It’s unknown what will happen with Miles Sanders after 2022, but Kenneth Gainwell is a keeper and the fifth-round pick will have a vital role going forward.  Through 12 games played and one healthy scratch, Gainwell has 447 scrimmage yards in 12 games, and per Reuben Frank, Gainwell is the first Eagles player drafted in the 5th round or later with 200 yards both rushing and receiving as a rookie.

And the kicking game has been special. Through 14 weeks, Jake Elliott is among the best kickers in the game and a force to watch going forward.  The Eagles veteran has made 22 of 24 field goals, including 15 straight made, while going 33-33 on extra points.

We are seeing Landon Dickerson and Jordan Mailata just dominating the left side of the offensive line.  Lane Johnson is pounding away on the right side.  Darius Slay is playing lights out at his corner spot, and Avonte Maddox is balling out in the slot assignment.  Even Marcus Epps is making a statement for playing time at safety.

DC Jonathan Gannon has shown he is capable of evolution, too, as he finally introduced elements of surprise and multiple looks to his unit. Getting some pressure from our D has been a most entertaining development.

So on the whole of things, with 4 regular season games to go, you’d have to admit as a die-hard Iggles fan that you’re getting more entertainment bang for your buck than you thought you would in 2021.  And that doesn’t even factor in the growing anticipation of what the front office will do to improve in 2022.