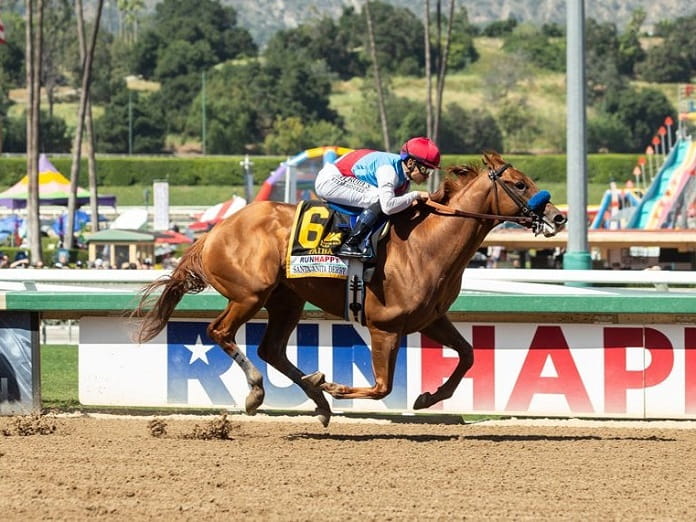 Now back from a 90-day suspension, Bob Baffert seeks an unparalleled tenth victory in the Grade I Haskell Stakes on Saturday, July 23rd (5:45 ET). His runner in the centerpiece race at Monmouth Park in Oceanport, NJ, this year is Taiba.

Baffert hopes an early summer break has freshened up the colt, who ran below expectations based on the Kentucky Derby betting when trained by barn assistant Tim Yakteen. Outside of the Triple Crown, and ahead of the Breeders’ Cup in the fall, the Haskell Stakes is one of the most prestigious three-year-olds only races in the program.

The total prize purse is $1,000,000 again, so Santa Anita Derby winner Taiba (see above) faces tough opposition. Although the morning line odds with BetOnline favor him at 7-5 (+140), his sire Gun Runner only finished fifth in the Haskell Stakes of 2016.

This is Taiba’s first start on the East Coast with Monmouth Park about 80km south of Manhattan. Standing between Baffert and yet another victory in this event he has won with the likes of War Emblem, Bayern, American Pharoah and Authentic are seven other horses.

A look at the horse racing betting suggests Chad Brown’s undefeated Munnings colt Jack Christopher is a big danger to Taiba at 6-4 (+150). That rival is not only challenging to be favorite but is three from three in the NY/NJ area.

Jack Christopher won the Grade I Champagne Stakes at Belmont Park as a juvenile, then built on his Pat Day Mile success at Churchill Downs with an impressive 10-length victory in the Woody Stephens Stakes. Brown, who took this in 2018 with Good Magic, now steps him up in trip beyond a mile for the first time in the Haskell Stakes.

Taiba’s main market rival has stamina doubts, though, and been largely beating the same horses in his races. Outside the top two, fellow Kentucky Derby flops White Abarrio and Cyberknife also look to get their careers back on track here. Both were down the field in-behind Taiba at Churchill Downs in May.

Points to Prove for White Abarrio, Cyberknife & Others

White Abarrio is a Gulfstream Park track specialist with all four of the roan-grey Race Day’s colt victories coming there and culminating in the Grade I Florida Derby this spring. He placed in the Ohio Derby when last in action for trainer Saffie Joseph Jr. White Abarrio is 5-1 (+500) to go one better over the same 1 1/8 miles at Monmouth Park.

Arkansas Derby first Cyberknife put his Churchill Downs disappointment behind him when returning there for a Grade III success last time out. A 6-1 (+600) chance with BetOnline, he represents last year’s Haskell Stakes winning trainer-jockey combo of Brad Cox and Florent Geroux.

The other half of the field head to Monmouth Park as outsiders and longshots. Dale Romans’s Howling Time was just a nose behind Cyberknife last month but worse off at the weights. He hasn’t won since a Listed debut success as a juvenile, so that explains odds of 10-1 (+1000).

Based on both form and betting, it’s hard to see Benevengo (20-1), King Of Hollywood and One Time Willard (both 30-1) making the show. This looks like a great opportunity for controversial trainer Baffert to make headlines, hopefully for the right reasons with Taiba.

View All Posts By Jamie Clark

View All Posts By Jamie Clark 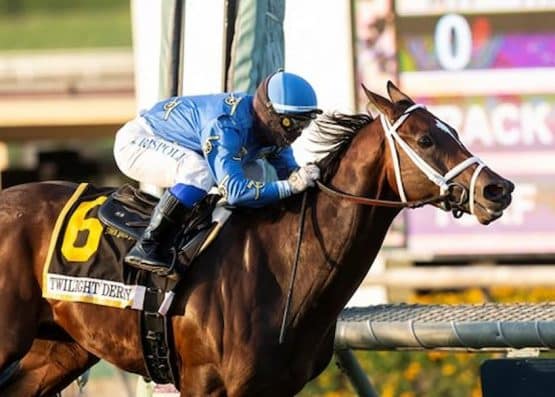 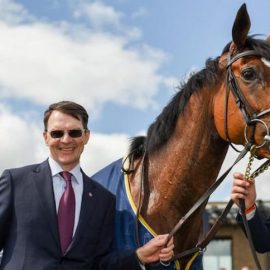 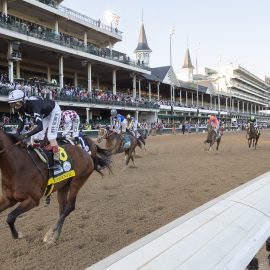