Breaking Down Five Key Matchups for Packers vs Redskins 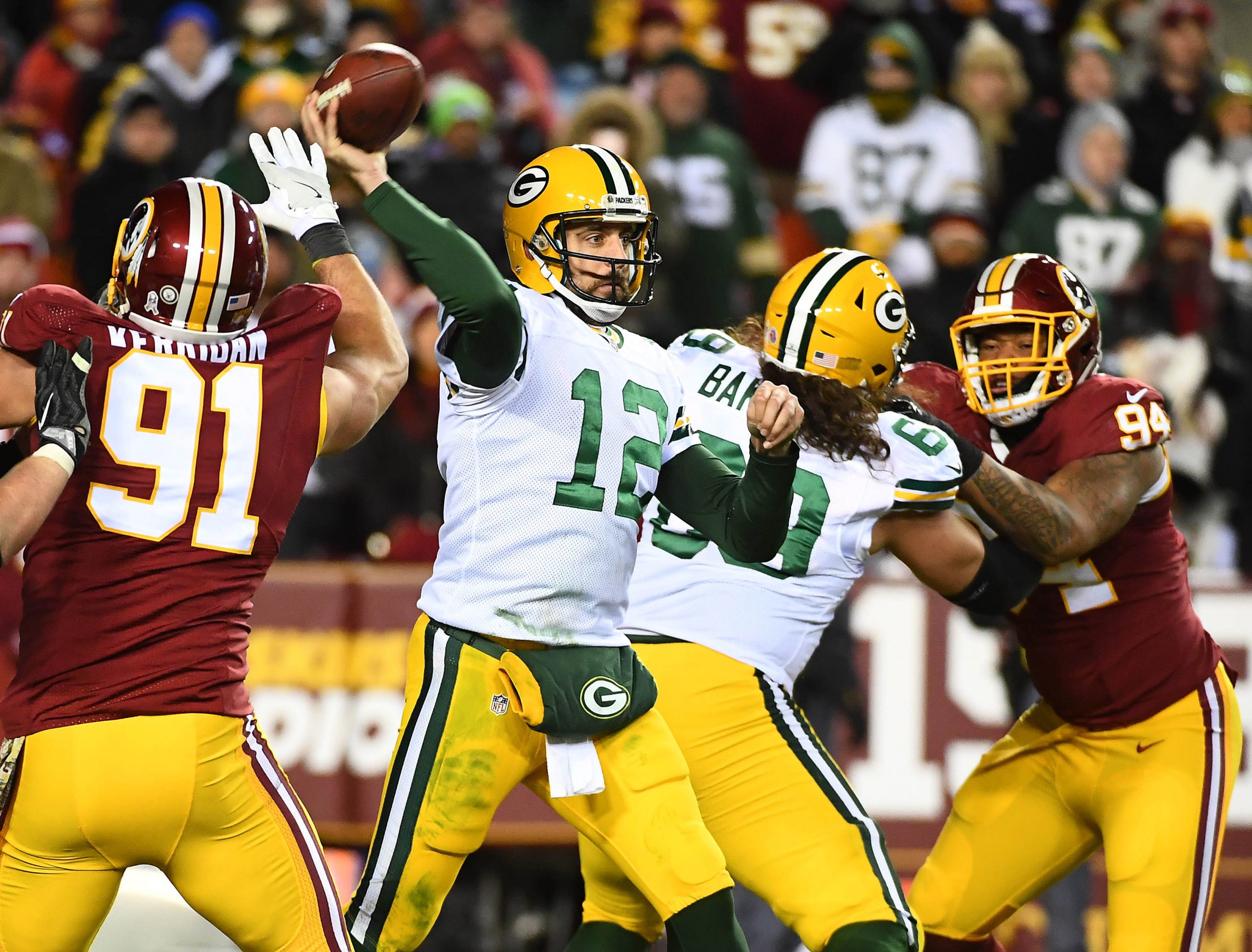 The Green Bay Packers play their first road game of the season when they head to our nation’s capital to take on the 1-1 Washington Redskins. These two teams first met in 1932 and the Packers hold an 18-14-1 advantage in the regular season series while beating Washington twice in three postseason confrontations.

Green Bay has won the last three meetings between these franchises including a 35-18 victory in the wild card playoff round after the 2015 season. Both teams enter this Week 3 matchup tied for first place in their respective divisions.

Here is a look at the key matchups and situations that will determine who wins on Sunday afternoon:

1. The Packers Must Contain Adrian Peterson

Familiar foe Adrian Peterson is now the feature back for Washington after they lost second-round pick Derrius Guice to injury during the preseason. Peterson is not the player he was in his prime when he was the best running back in the game, but he is still capable of being effective and efficient. In two games, he is averaging just 3.1 yards per carry and has a long of just 17 yards. Green Bay needs to make sure he doesn’t have a breakout game against the team he has enjoyed so much success against during his years in Minnesota.

Peterson is a between the tackles runner at this stage of his career so the middle of the Packers defense must be equal to the challenge.

If the Pack can contain Peterson, they can set the Redskins up for a lot of obvious passing situations and concentrate on pressuring Alex Smith.

Alex Smith will forever be remembered as the player the San Francisco 49ers drafted instead of Aaron Rodgers in the 2005 NFL Draft. Rodgers is 2-1-0 against Smith in the first three meetings between these draft rivals.

Smith has a reputation as a game manager. He has been a winning quarterback over the course of his NFL career, but critics maintain he is not going to beat you by throwing 35 times a game or by getting the ball downfield on big plays. After two weeks, the Redskins top three receivers (by yards) are all either running backs or tight ends.

The Packers need to force Smith into second and long or third and long situations. The more big plays Smith needs to come up with, the more likely he is to struggle against an improving Green Bay defense.

The Packers DBs are a little banged up heading into Week 3. Josh Jones and Davon House were limited participants in practice midweek while Kevin King was held out altogether. These players will be a key to slowing down the Washington passing attack and keeping Smith from gaining large chunks of yardage when attempting to throw the ball downfield.

As long as Rodgers remains hampered by his knee injury, it will be more important than usual for the Packers offensive line to protect their star quarterback.

Rodgers did show some ability to step away from the rush against the Vikings, although he was not as able to move around as well as he can when fully healthy. The Washington pass rush has only managed three sacks over their first two contests and that was against two teams with shaky offensive lines.

Defensive coordinator Greg Manusky likes to blitz often, so the Packers will again attempt to quick, rhythm passes and screens to counter this strategy.

4. Establish some consistency in the running game

Washington ranked last in the NFL last season in rushing yards allowed per game. They drafted big Da’Ron Payne out of Alabama to try to improve in this area. Through two weeks, the run defense has been significantly better, allowing just 86 yards per game.

The Packers will finally have all three backs of their rotation available this Sunday as Aaron Jones is done serving his two-game suspension. Jones is the most explosive of the Green Bay runners and he will be eager to show he can contribute.

Expect the Packers to run the ball more often Sunday than they did in their first two games, especially if they get an early lead. If they can move the ball consistently on the ground, it will take come of the pressure off Rodgers to do everything for his club.

The Redskins and Packers both struggled in the red zone last week. Washington advanced the ball inside the Colts 25 three times and they settled for just two field goals. Because Smith is not a big-play quarterback, efficiency inside the red zone is critical.

The Packers also settled for too many field goals last week against Minnesota. The offense scored only one touchdown while Mason Crosby booted five field goals. That number must improve if the Pack hopes to defeat the Redskins on the road. Rodgers was not as accurate as he usually is because of the knee injury and that comes into greater focus when the field is shorter. He must improve in this area this week.