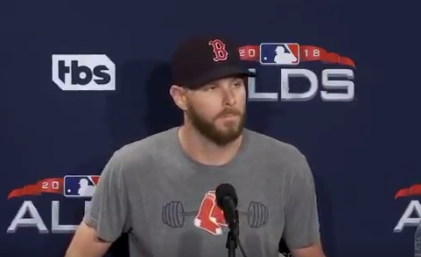 Red Sox ace Chris Sale has been absolutely dominant against the Yankees this season, and he’ll need to continue to be in the American League Division Series.

Sale has given up just one earned run in two outings against the Yankees — winning both — which includes a one-hit performance back in June.

He was asked to weigh in about what that means ahead of the team’s playoff series, but he didn’t really seem interested in answering the question. So, he didn’t.

Question: Talk about your success against the Yankees this season.

“Throw out the regular-season stats” is essentially what Sale is saying there, and he happens to be right. It’s all about matchups in the postseason, and every pitch matters. We can’t wait for this series to begin.