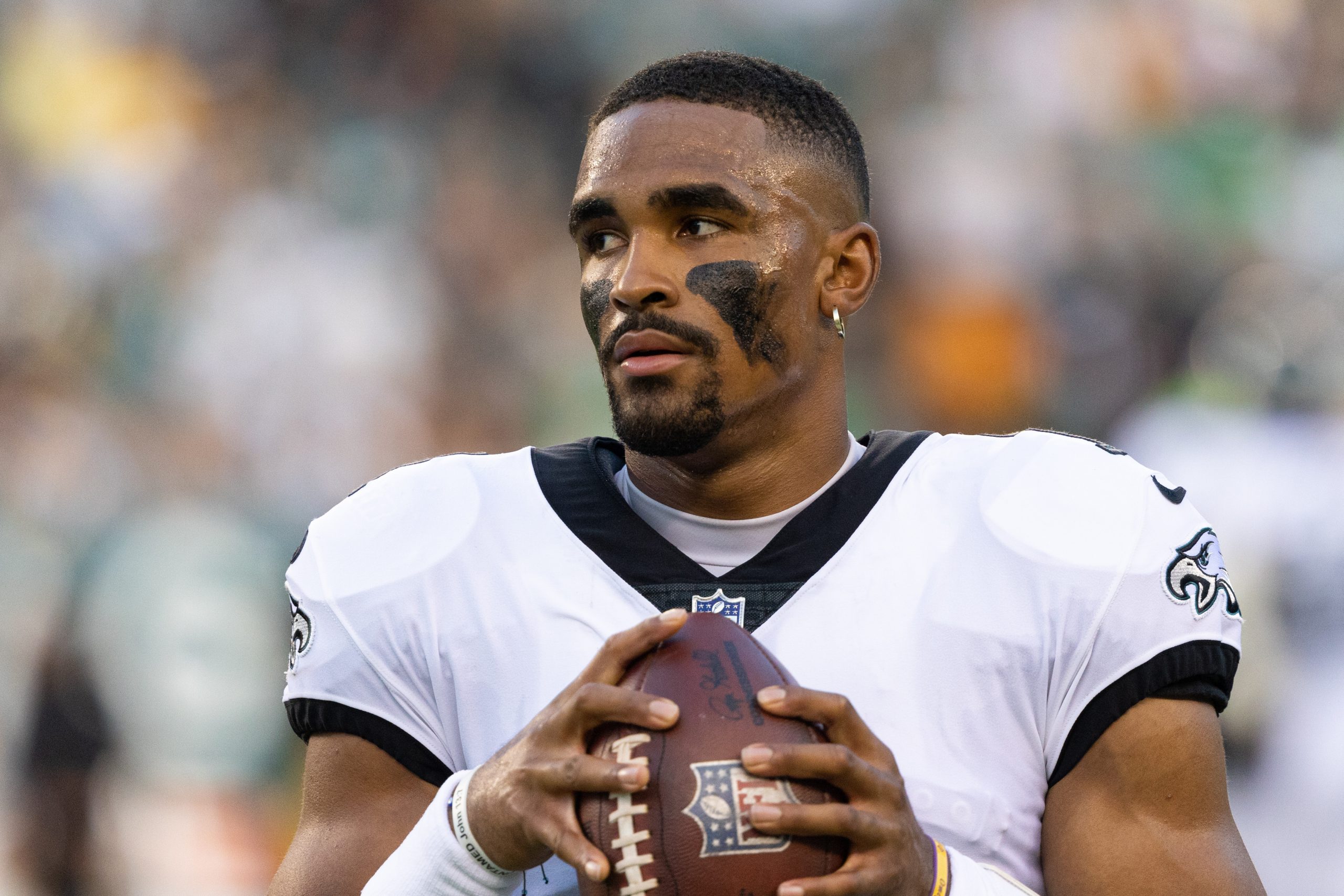 Hurts overflows virtual and real scoreboards. He leads the Eagles (3-0) to the most total offensive yards by any team. A superb offense complimented by stifling defense skyrockets the squad into undefeated territory that only the Dolphins stay in.

Hurts averages the most yards per attempt in the NFL and yards in the NFC along the way. Volume fails to sacrifice efficiency, as Hurts simultaneously leads his conference in passer rating.

“Just not surprised. Not surprised that he’s playing this well and he’s playing and really utilizing the guys around him to help him get these wins that they’re piling up.”

Hurts is even deadlier on the ground, where he accumulates more rushing yards than every quarterback except historical Ravens scrambler Lamar Jackson. Not even Jackson has more rushing touchdowns than Hurts with three. Only four other players do, none of which play quarterback.

Quarterbacks running at such a prolific clip expose themselves to late-season wear and muscle tears. Quarterbacks surrender their polarizing protections when turning into runners. Bigger and stronger defenders salivate at the chance to make Hurts live up to his last name.

Pederson knows Hurts’ capacity for protection and productivity as well as anyone. He coached the Eagles to a Super Bowl two years before the team drafted the National Championship-winning hurler at Alabama. Pederson’s personal experience lends him to think Hurts will sustain success.

“He’s going to defy all odds,” Pederson told NBC Sports Philadelphia. “That’s just the way his career has been built. He’s overcome adversity everywhere he’s been, at Alabama and Oklahoma.”

Why are the odds so low on such a high-flying quarterback? Size presents just as obtrusive of an obstacle as style. The NFL lists Hurts at an official size of 6’1, 223. Most front offices clamor for taller quarterbacks that don’t need to leave the pocket to clearly see throwing lanes over linemen. Biology argues that bigger quarterbacks are generally also better equipped to take hits.

For ultimate example, Tom Brady and Peyton Manning fit the idealistic blueprint for longevity. They are respectively 6’4 and 6’5.

Hurts shares one attribute in common that is crucial for quarterback success: acumen and the willingness to grow it.

“He was a sponge [Hurts when Pederson coached him with the Eagles], he wants to learn, he wants to get better. He’s a professional and he takes it serious,” Pederson told NBC Sports Philadelphia.

Fun Fact: Hurts became the first quarterback in NFL history to complete 84 percent of his passes and rush for two touchdowns during his Week 2 win over the Minnesota Vikings on Monday Night Football

“Those are the things that you want in your quarterback, out of the leader of your team, so there’s no surprise that he’s still doing that.”

Pederson hopes to slow Hurts’ rapid development for one week when the Jaguars (2-1) visit the Eagles Sunday. 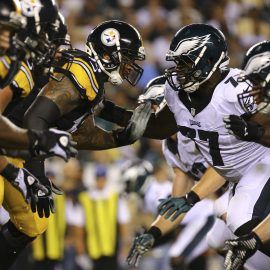