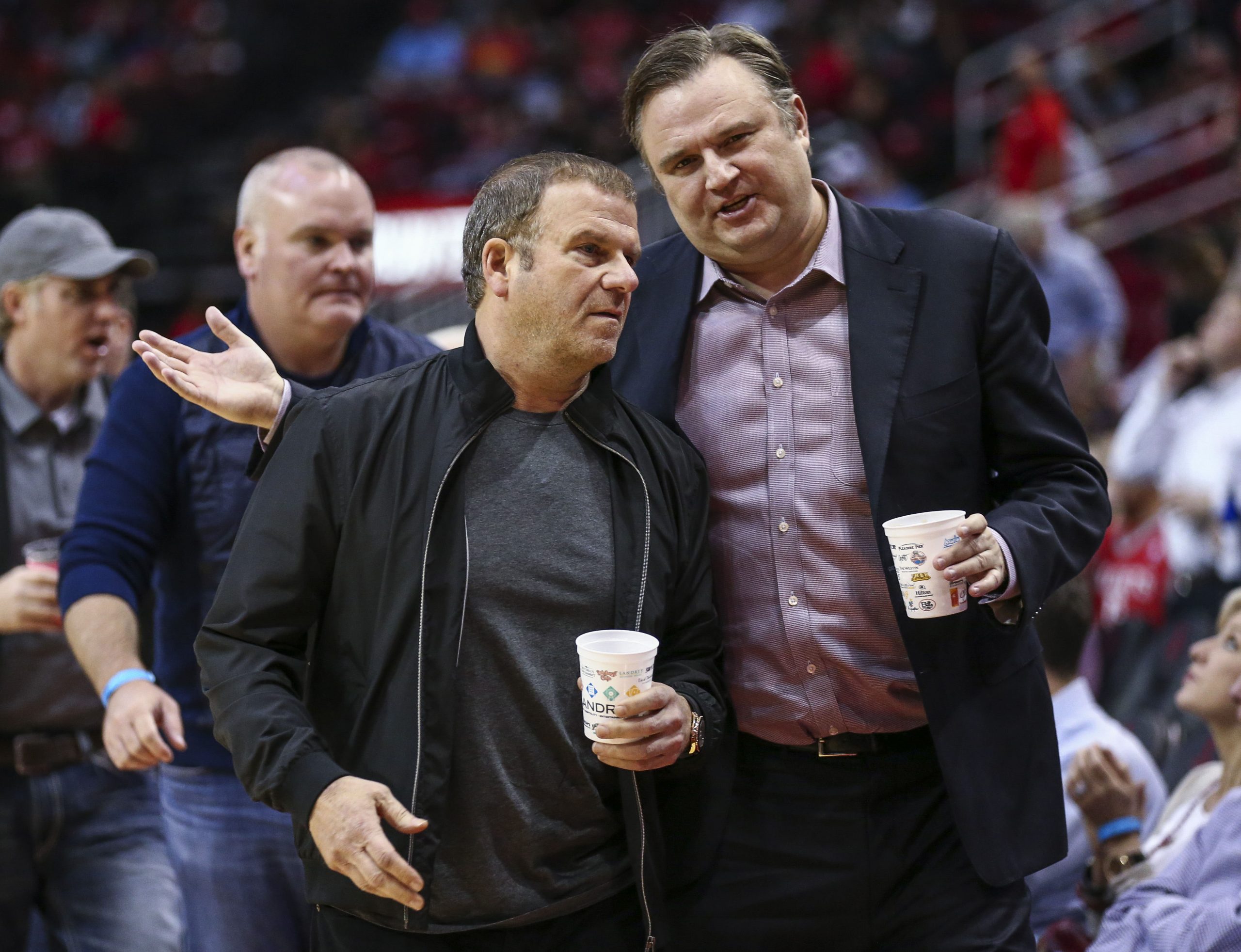 The pressure has now been placed squarely on the shoulders of the Rockets players heading into the postseason, after hearing what the team’s general manager recently had to say.

Houston had the oldest roster in the NBA this season, in terms of average age of its players. As such, the NBA having hit the pause button on its season could help them, giving the players a much-needed break, with the eight-game season restart on the horizon, followed by the playoffs.

James Harden is looking more trim and in better shape than we’ve ever seen him, and the Rockets do have a very talented veteran starting five. And if you ask genera manager Daryl Morey, they “should win” the title this season, which he stated on “First Things First.”

“Basketball-pressure wise, it’s a lot,” Morey said. “Again, two of the greatest players ever on our team, we should win this thing.”

“We’ve worked together for eight or nine years now and I couldn’t have a better partner to try and win a title with,” he said. “And in fact, most days I wake up saying, ‘I’ve let him down because I haven’t gotten him the right players to win a title.’”

Morey on if he feels pressure for #Rockets to win a title this season: "We've seen real pressure in the world right now and thankfully some material changes are being made. Basketball pressure wise, it's a lot. 2 of the greatest players ever on our team, we should win this thing" pic.twitter.com/mLG7okIcFv

We wonder what Morey’s players think about him saying that, as it really put the pressure on them. That being said, the team is in “win-now” mode, so they must have already known the task ahead of them.