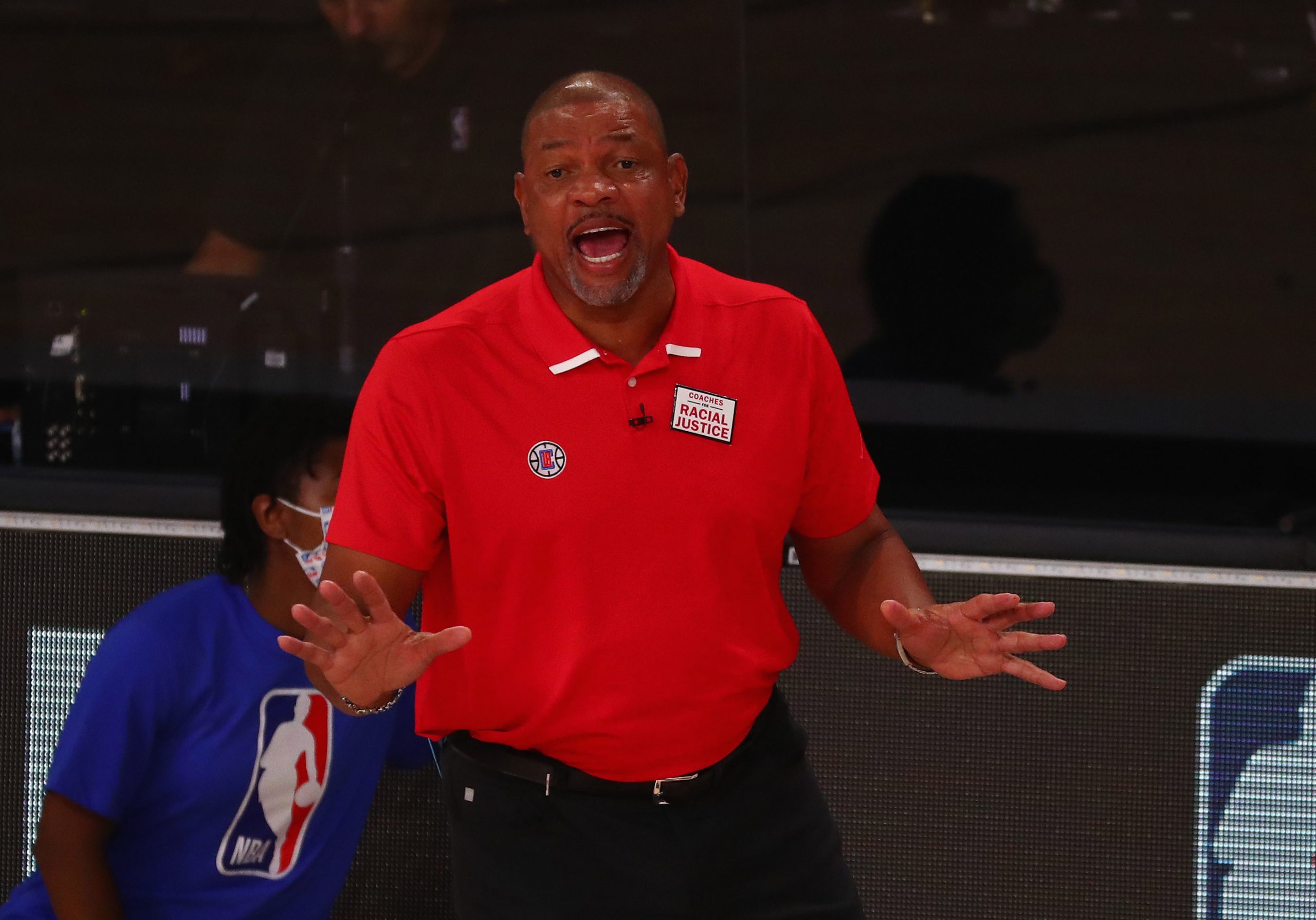 The Philadelphia 76ers officially introduced Doc Rivers as their new head coach in Camden, N.J at their practice facility earlier this week.

The former head coach of the Los Angeles Clippers is replacing Brett Brown, who was fired in August after the Sixers got bounced in the first round of the NBA Playoffs.

Sixers general manager Elton Brand said that Rivers “stood out in all categories” while they conducted their head coaching search.

Speaking of those pieces, when asked about Ben Simmons and Joel Embiid, the 58-year-old Rivers explained that the two young All-Stars can co-exist on the floor together.

“They’ve won 65% of the games they’ve played in. It clearly works when they play together,” he said. “If you’ve watched my teams, I rarely say a guy is a 1 or a 2. I don’t get lost in the minutiae. I don’t get lost in what position guys play. I look at how many points we score as a team.”

Additionally, Rivers had high praise for Embiid, calling him a dominant big man and exuded confidence that he would be able to flourish in his offense.

Along with Simmons and Embiid, Rivers was also asked about Tobias Harris. The 28-year-old forward spent two seasons in Los Angeles with Rivers, before being traded at the trade deadline to the Sixers.

The 58-year-old head coach discussed how he is a fan of Harris and his ability to play multiple positions.

“I love coaching him. I like that he is a multi-positional player. He is a big three, he is a quick four, and that is how we used him a lot in LA,” Rivers said. “I love his shot and he has a great in-between game, which is sometimes lost in today’s game.”

Rivers often utilized Harris in the pick and roll a lot, which could be something to look for heading into next season.

Lastly, on the topic of coaching different superstars throughout his career, Rivers discussed holding players accountable and mentioned it throughout the presser.

However, outside of accountability, Rivers focused on how he wants to create offense, rather than focus on individuals scoring. He wants to create ways for the Sixers to get better at scoring, especially when the question of Ben Simmons’ outside shooting came up.

The former Coach of the Year Award winner was very upbeat and confident in the Sixers’ young players on Monday as a new challenge awaits next season.