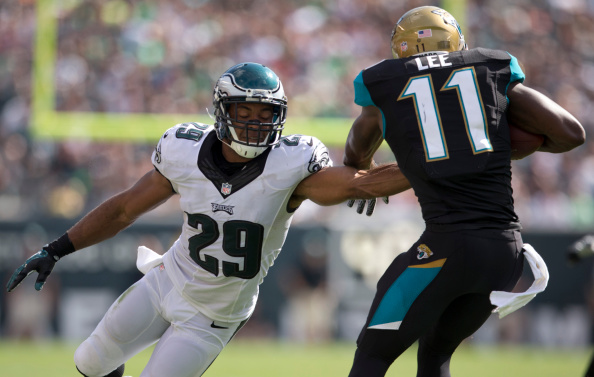 One good thing about going up against a former head coach or former coordinator is there’s slightly less sting to a defeat, since in cases such as Andy Reid or Dick Vermeil or Sean McDermott or Spags, you kinda owed him one. But by no means do the Eagles wish to lose to Doug Pederson’s new team, even though no one in the organization would begrudge him if he wins on Sunday.

At least give Pederson credit for early success so far in Jacksonville. The Jaguars suddenly are on SportsCenter every day this week and people are asking the question, “What is going on in Jacksonville?” The answer: An intelligent, professional coaching staff is putting players in the best position to succeed.

The Jaguars (2-1)  prepare to play the Philadelphia Eagles (3-0) at Lincoln Financial Field in Philadelphia, Pa., Sunday at 1 p.m.  Trevor Lawrence, after looking OK other than a few critical errant passes in a Week 1 loss at Washington, has looked very much the part of an efficient, big-time franchise quarterback the last two weeks by completing 53 of 69 passes for 497 yards and five touchdowns with no interceptions in back-to-back one-sided victories over Indianapolis and the Los Angeles Chargers. Credit the Jaguars’ offensive line for allowing no sacks and four pressures in two games. Credit the Jaguars having a lead throughout the last two games and Lawrence being able to play without pressure. Credit the offensive coaches scheming receivers routinely and masterly. But also credit Lawrence, who appears on his way to being the franchise quarterback the Jaguars have coveted for so long.

And the Jags’ defense is for real, as evidenced in the wins over the Colts and Chargers. The Jaguars have allowed 10 points in the last two games. They have scored 62 points. Their defensive front has been overwhelming at times, and their offense – particularly in the second half against the Chargers – was methodical at a level that hasn’t been seen around the franchise in a long time. The Jaguars have a dangerous edge rushing tandem themselves in Josh Allen and No. 1 overall pick Travon Walker.

Brian Sexton, Jaguars Senior Correspondent, says this is why the Jags are getting better…

1. The offensive tackles are winning. “I didn’t advocate for Cam Robinson getting paid like an elite left tackle last spring; I thought he was good but not worth the money the best tackles in football can command. I thought Walker Little was the better choice at right tackle and believed Jawaan Taylor could/should be a Pro Bowl-caliber guard. So far, the Jaguars’ tackles are beating my expectations. Robinson struggled with Commanders pass rusher Montez Sweat on Opening Day in Washington but has played really well the last two weeks. Taylor was the NFL’s most-penalized right tackle his first three seasons but hasn’t allowed a sack or had a penalty called on him in 2022. That’s a big win for him and for the Jaguars. The Jaguars are in a great spot against the Eagles on Sunday because they can protect their quarterback, and Robinson and Taylor are leading the way.”

2. Turnover ratio is key. “The Jaguars lead the NFL with eight takeaways in 2022 and their plus-seven takeaway-giveaway differential leads the league through three weeks. A year ago, they had an NFL-low nine takeaways and finished minus-20 in the differential. Think back to how the Jaguars used the extra possessions to build a 13-3 lead against the Chargers; that momentum carried them the rest of the way. They took away the Colts’ will to win with their takeaways in Week 2. The Jaguars are a good team, but they have plenty of work to do this season. They’ll go further and faster in 2022 if they can keep up their outstanding takeaway tendencies.”

The Jaguars offensive line is playing really well, not allowing a sack in the past two weeks. The Eagles’ defensive line leads the NFL in sacks and sacked Commanders quarterback Carson Wentz nine times last week. This is the prime matchup to be watching on Sunday … whose line holds up? Eagles defensive tackle Fletcher Cox will be a big challenge for Jaguars guards Brandon Scherff and Ben Bartch. Also: Eagles defensive end Brandon Graham is the NFC Defensive Player of the Week, coming off a 2.5-sack game.

While the Jaguars have a number of receivers capable of making plays in the passing game, their best receiver this season so far has been slot receiver Christian Kirk. Kirk has been a major headache for opposing defenses, as the Jags move him around the formation, even lining him up in the backfield at times. Doug Pederson has found ways of getting Kirk matched up against linebackers.

The Jaguars also have an advantage in the special teams department— that would be Jamal Agnew, one of the league’s most dangerous return men.

Maybe the real key for the Eagles is to neutralize Trevor Lawrence’s impact on the game.  Lawrence hasn’t been very effective when under pressure this season, completing just 12-of-30 passes with a 49.3 passer rating.

If the Eagles get their running game going it could help wear down the Jags’ resistance and secure an advantage in time of possession. Despite putting up 400 yards of total offense in their 24-8 drubbing over the Commanders, the Eagles rushed for just 72 rushing yards and were fairly ineffective on the ground. The good news for the 2022 version of the Eagles is that they’re able to still have success on offense when the ground game isn’t working. Look for the Eagles to have more success rushing this week — especially if the expected rainy/windy conditions make it more difficult to pass. So far this season, the Jags have been excellent against the run

Jalen Hurts is playing his best football ever so far. On 121 dropbacks, Hurts has just one turnover-worthy play, which wasn’t even really his fault as Kenneth Gainwell bobbled a screen pass that landed in Jordan Hicks’ arms during the Eagles’ 24-7 win over the Vikings in Week 2. Hurts’ ability to consistently protect the football goes a long way in the Eagles’ hopes of making a Super Bowl run this season, but it might be tested this week if they’re playing in wet and windy conditions.

Jacksonville’s last two performances are a clear sign that Doug Pederson’s team will compete for an AFC South division title, but going into Lincoln Financial Field and coming away with a victory will be a tough task.

But as Jimmy Kempski pointed out this week, there is another ghost besides Doug Pederson that hovers over the Eagles this Sunday:

“In the wildcard round of the playoffs last season, Todd Bowles and the Tampa Bay Buccaneers had a great plan for how to slow down Jalen Hurts and the Eagles’ offense. Why does that matter? Well, the Jaguars’ defensive coordinator is former Eagles player Mike Caldwell, who coached the Bucs’ linebackers from 2019 to 2021. Caldwell was part of the game planning for Hurts that day. It’s a pretty good bet that he will go back and look hard at what worked.”

Of course, through the first three games of the season in 2022, Hurts has looked nothing like he did in that blowout loss in Tampa, when the Bucs took away his running lanes, forced him to make throws while moving to his left, and just generally disrespected his and the Eagles’ receivers’ ability to win vertically. So far this season, Hurts has been spectacular, even when moving to his left, or ripping balls down the field and allowing his receivers to make plays.

It all shapes up as a potentially exciting game with a lot of hometown drama at the end.  Current Vegas odds have the Eagles as 6.5 point favorites. EYE will bet the Eagles to win but the Jags to cover, 23-20.