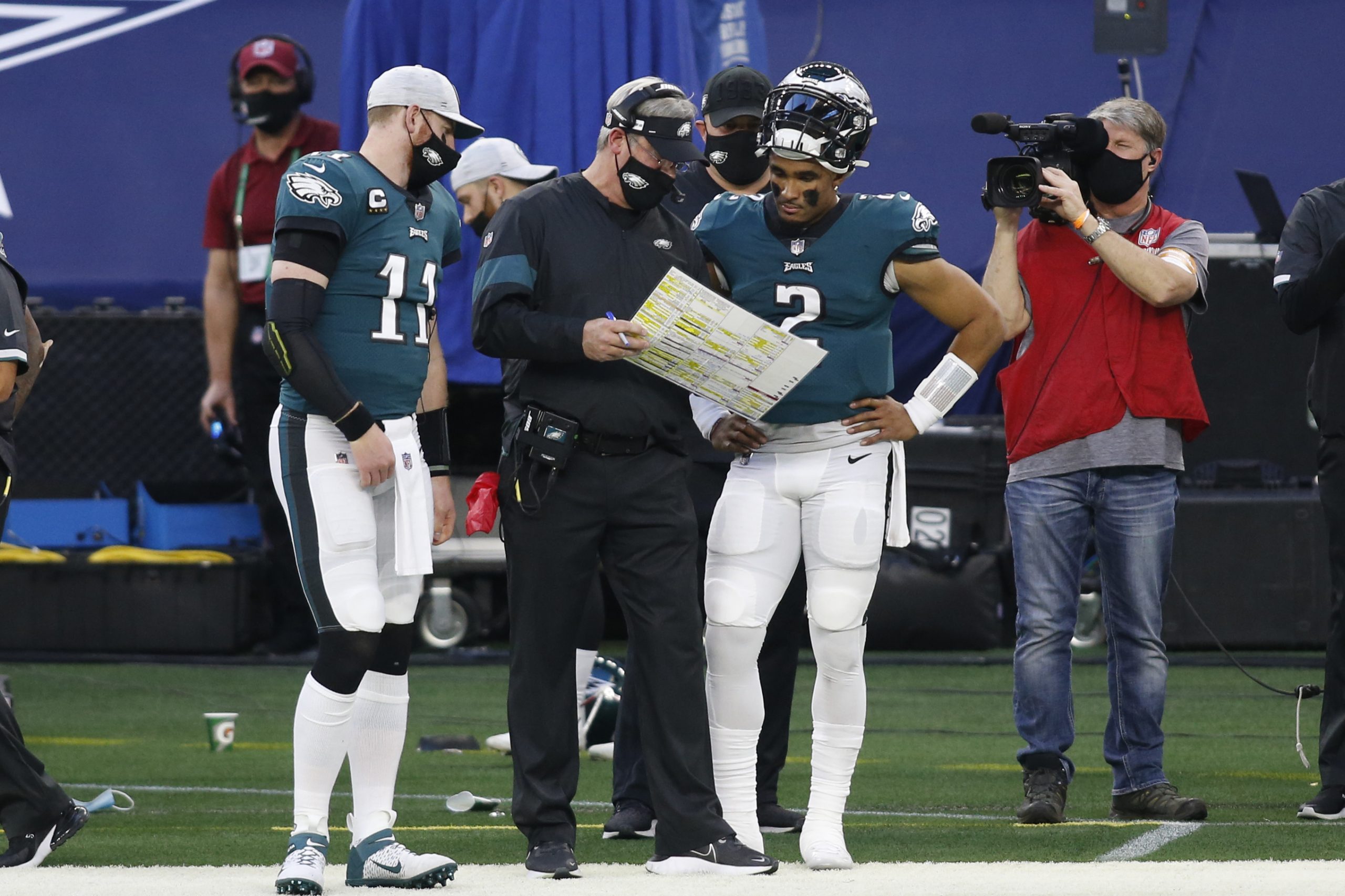 It’s possible that Carson Wentz may never play for the Eagles again, but the team refuses to address whether or not that’ll happen.

Philadelphia selected Wentz with the second overall pick in the 2016 draft, but consistency and injuries have been issues since that time. His best season was 2017, when the Eagles won the Super Bowl. However, a late-season ACL tear forced Nick Foles to take over, and he led the team to a surprising Super Bowl win.

And now the Eagles have gone to Jalen Hurts, in whom the team invested a second-round pick. He’s shown some flashes of greatness, but is a clear project, with a lot of work to be done, specifically in his decision making and accuracy.

As for Wentz, there’ve been rumors of him possibly reuniting with former Eagles offensive coordinator Frank Reich in Indianapolis. Philip Rivers is currently playing out a one-year deal, and it’s certainly possible they’ll be in the market for a quarterback this offseason.

But even if the two sides have discussed a potential trade, general manager Howie Roseman isn’t going public with it.

“That is not anything we’re talking about right now,” Roseman said, via ESPN’s Tim McManus. “When you have players like that, they’re like fingers on your hands — you can’t even imagine that they’re not a part of you, that they’re not here. That’s how we feel about Carson.”

“I know Carson is disappointed. It’s not the season that he had anticipated, it’s not the season I had anticipated as the head coach. There were a lot of moving parts. It’s not about one guy here. It takes all of us, and that’s something we’ve stressed a lot here. But at the same time, I’ve been hired as the head coach, I’ve been challenged as the head coach, and have personally challenged myself to get things right and to get him right and to make sure that as we move forward that we’re doing everything in the best interest of the team.”

Wentz — unlike Hurts — is lucky to have not been a chess piece in Doug Pederson’s tank job on Sunday night. That was a shameful display by the Eagles organization.