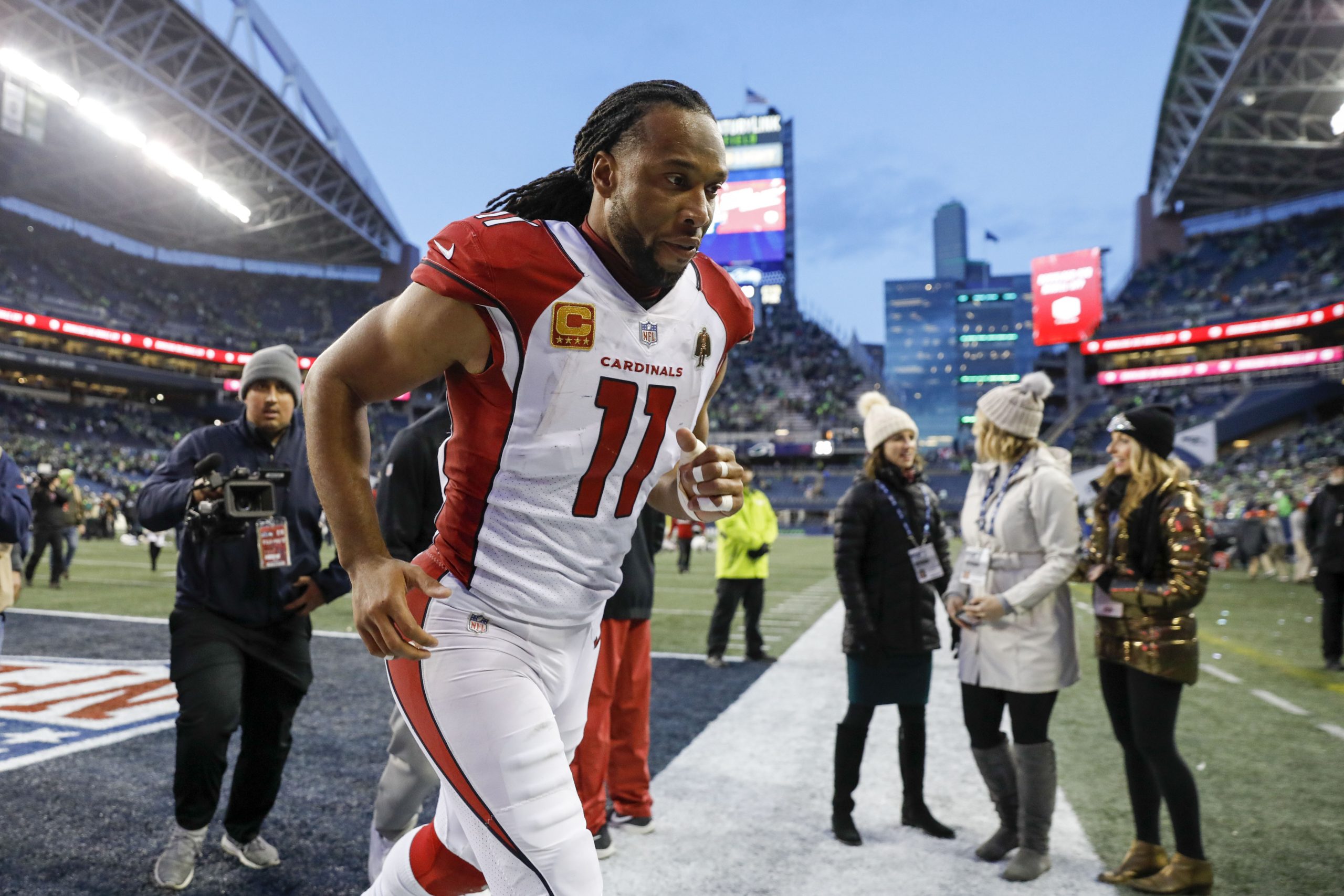 Hey, give Arizona the credit for producing a crushing pass rush along with some outstanding plays by its wide receivers and special teams. But the Eagles came out a bit flat and dug themselves a deep 0-16 hole which they darn near escaped with some big plays of their own.

Arizona (8-6) won its second straight game as it tries to make the postseason for the first time since 2015. The Cardinals are in third place in their division behind the Rams and Seahawks and would currently be the No. 7 and final seed in the NFC playoffs.

The Eagles (4-9-1) trailed 16-0 in the first quarter but rallied to tie at 26 in the third quarter after quarterback Jalen Hurts ran for a 7-yard touchdown. With punter/holder Cameron Johnston sidelined, tight end Zach Ertz became the holder but a bad snap foiled the extra point that would have given Philadelphia a one-point lead.

Arizona responded with its go-ahead touchdown drive capped by Kyler Murray‘s touchdown pass to Hopkins. Cornerback Michael Jacquet was playing tight defense on the play, but Hopkins wrestled the ball away and held on with one hand as he fell past the pylon into the end zone.

“The defenses were doing their thing but we just stuck it out,” Murray said. “We stuck it out, stayed down and kept fighting. We felt we made it a little closer than it had to be. It is great team over there. They’ve got great players.”

Murray threw for a career-high 406 yards and completed 27 of 36 passes, with three touchdowns and one interception. The Cardinals won despite losing three turnovers. The Eagles had none.

“I thought we played hard, played physical, played to win,” Arizona coach Kliff Kingsbury said. “But you have three turnovers in an NFL game, they don’t have any and you find a way to win: a heck of an accomplishment.”

Hurts, making his second career start, completed 24 of 44 passes for 338 yards and three touchdowns. He had a lot of good moments, but couldn’t lead the Eagles to any points on their last two offensive drives.

Philadelphia made it to the Cardinals 31-yard line on the final drive, and Hurts threw two passes into the end zone on the final two plays, but they fell incomplete. Still, Eagles coach Doug Pederson was pleased with the rookie’s performance.

“I hate to lose more than I love to win,” Hurts said. “It’s not a great feeling but it’s a learning lesson.”

The Cardinals pushed to a 26-20 lead in an entertaining first half. Murray threw for 264 yards and two touchdowns, while Hurts responded with 177 yards passing and three touchdowns.

Arizona led 16-0 late in the first quarter after a 6-yard pass from Murray to Chase Edmonds. The Cardinals got great field position when Zeke Turner darted up the middle and blocked a Philadelphia punt. The ball deflected backward several yards and out of bounds, giving Arizona possession at the Eagles 6.

The Cardinals also missed a great opportunity when Hopkins fumbled at the Eagles 8 after catching a short pass from Murray. But the Eagles couldn’t move the ball on the ensuing drive and Hurts panicked on third down, throwing the ball away while in the end zone. The quarterback was flagged for intentional grounding, which resulted in a safety.

Greg Ward caught two of Philadelphia’s first-half touchdowns while Quez Watkins had the other when he caught a short pass and spun outside before running 32 yards to the end zone. The Eagles’ second touchdown was set up by Murray’s costly fumble at the Arizona 21-yard line.

Philadelphia was playing without three of its four starters in the secondary because of injuries.

Larry Fitzgerald made a spectacular catch for his first touchdown of the season to push the Cardinals ahead 26-14 in the second quarter.

The 36-year-old Fitzgerald has 12 touchdowns in 10 career games against Philadelphia. The receiver has caught a pass in 255 straight games, the second-longest streak in NFL history behind Jerry Rice (274).

Fitzgerald’s 14-yard catch from Kyler Murray pushed the Cardinals ahead 26-14 late in the second quarter.

Brandon Lee Gowton’s assessment of Jalen Hurts in this one:

“Jalen Hurts is QB1. It was a rough start for the rookie quarterback and he still has a lot of room to grow (too many fumbles, better accuracy). On the whole, though, Hurts impressed once again. He improved upon last week’s performance as a passer and still contributed as a rushing weapon. Came up huge in high leverage situations.”

Cardinals: TE Maxx Williams (ankle) left close to the end of the first half and didn’t return.

The Eagles travel to face the Cowboys next Sunday.