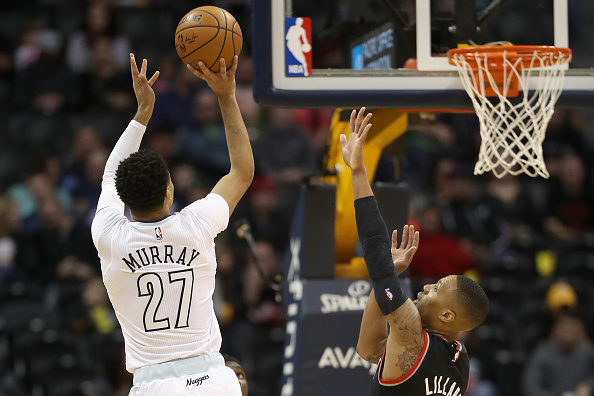 With all the craziness of July behind us and rosters being pretty much set for the upcoming year, it is time to focus on the 2018-2019 season.

The NBA is currently enriched with premier young talent, but here are five players who are poised to take the next step forward in their careers:

The fact that the Lakers did not want to include Ingram in a potential Leonard trade speaks volumes about what their front office thinks of the 20-year-old forward.

What makes Ingram scary is that he has only scratched the surface in terms of his playing ability. He averaged 16 points a game last season, becoming more aggressive and displaying that he can score in a variety of different fashions.

New teammate LeBron James will only open up more opportunities for him to enhance his game as he will surely benefit from James’ gravitational pull effect on opposing teams defenses.

Despite being 21 years old, Murray has already established the reputation of being an elite NBA defender as he became the youngest player ever to be named to an NBA All-Defensive team last season.

That being said, it’s the strides he could make on the other side of the court that land him on this list. Murray, who is entering his third season in the league, has been rather inconsistent as a shooter in his young career.

However, with Tony Parker no longer in San Antonio, Murray’s increase in playing time could help his consistency issues on offense and enable him to have a breakout season.

Fultz is already being considered as the frontrunner for Comeback Player of the Year by many. A shoulder injury limited him to only 14 games last season while greatly affecting his shooting mechanics.

Even with his broken shot, the former number one overall pick showed signs of potential by managing a triple-double on the last day of the regular season.

His shooting form is reportedly back to normal now after spending the summer working with Drew Hanlen, which makes Fultz one of the East’s biggest X-factors heading into next season.

Murray started 80 games, averaged over 30 minutes, and scored roughly 17 points per game last season. He increased his shooting percentages, improved his passing ability and doubled his total free-throw attempts, but yet it still feels as if he has not reached his ceiling.

At just 21 years old, Murray looks ready to build off his strong 2017-18 campaign and establish himself as one of the league’s brightest young players.

With the addition of Isaiah Thomas, the Nuggets are looking for Murray to spend more time playing off the ball as a dangerous shooting threat. The alleviated pressure of not having to be the guy with the ball in his hands all the time should allow him to develop his game to a whole new level.

With LeBron gone, Nance Jr. is a consensus pick to take on a bigger role with the Cavaliers in the 2018-2019 season. The athletic power forward took his game to a new level in Cleveland and provided the Cavaliers with a much-needed spark down the stretch.

Look for Nance Jr. to have a career year as the Cavs will lean heavily on him, Kevin Love and Collin Sexton this season.