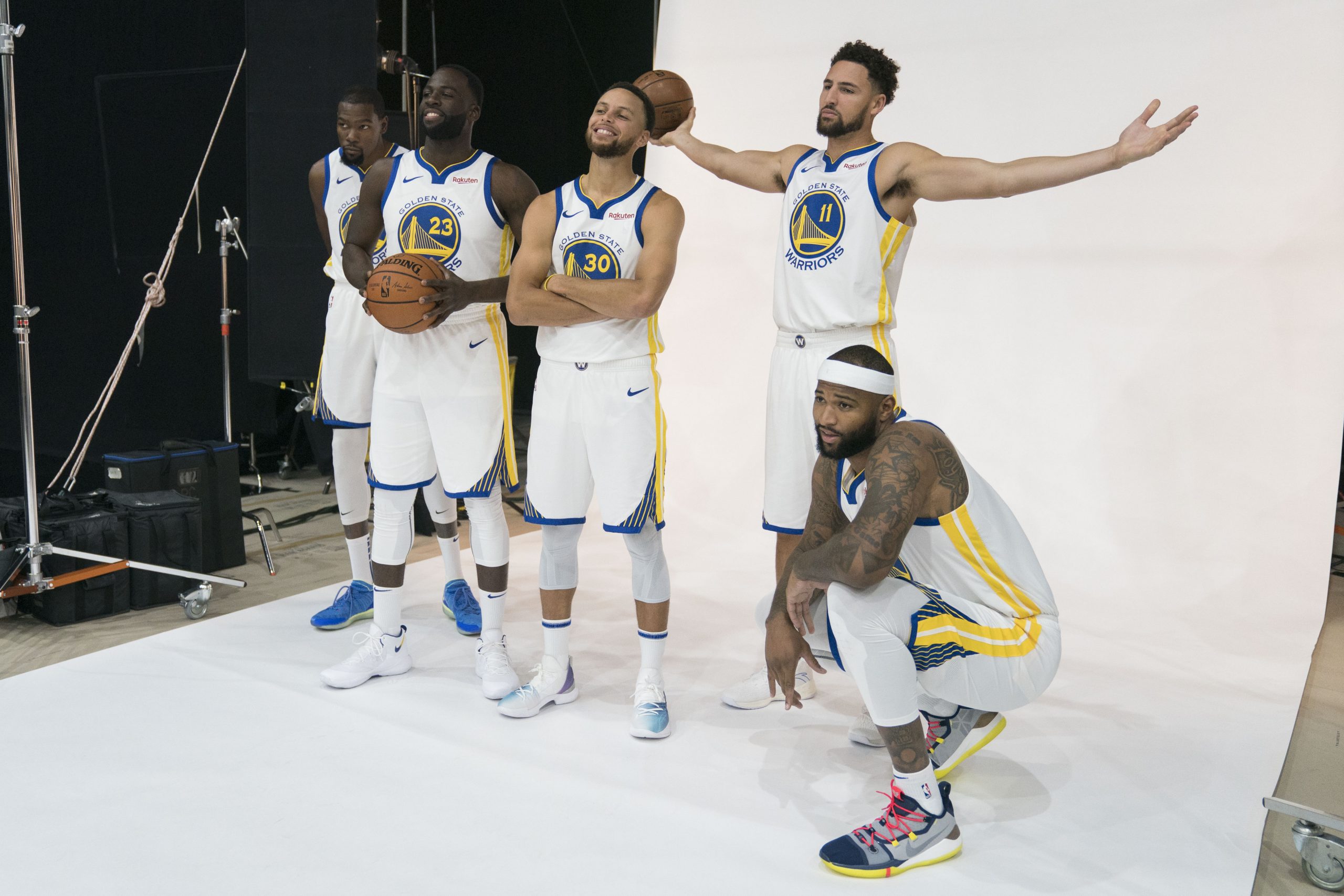 I’m going to keep this short, sweet, and Steph Curry. I can hear you already, “Is this guy seriously picking a multiple MVP winner as an X-Factor?” Yes, I am. We have all forgotten how specifically important he is to this team and I’m using my tiny platform to remind you with this PSA. Overshadowed on the biggest stage by teammate Kevin Durant’s MVP performances for the last two NBA Finals, Steph Curry is still the engine that keeps this machine moving. Curry stirring the pot will determine whether the Warriors 3-peat, which is the singular goal for this Bay area dynasty.

The obvious: Curry’s shooting gravity opens up the rest of the Warriors ball and player movement offense. I mean look at these numbers. This is no coincidence and the sample size extends to the past five years of Warriors dominance. Curry gives everyone else the spacing required to score at silly efficiency levels. Look at those numbers again. That’s an improvement in Net Rating by, not double, not triple, not quadruple, by quintuple degree and effective field goal bump from 54 percent to 61 percent. Nobody in the NBA makes his teammates better than Steph. Do we mention this enough? Probably not. That is why regardless of what combination of stars and role players rotate in and out of the Warriors rotation, the factor that will determine their ultimate success to repeat as champions remains the most obvious of candidates.

Think pieces on Curry’s value added are plentiful so let me refrain from adding to the list of the many other works that I wouldn’t be able to do justice with in a short X-Factor piece and actually add a plot twist by highlighting a few other players with expanded roles this season. Damian Jones steps into the starting center position while DeMarcus Cousins recovers from his achilles surgery. Jones spent most of last season in the G-League with the Santa Cruz Warriors building up confidence and experience. This allowed him to spend most of his rookie season to recover from a pectoral injury without the stress of having to rush back into NBA shape. Coming into this season Jones looks much quicker on his feet and that stamina will be key in keeping up with the Warriors offensive concepts and pace. Early signs are very positive as Jones has been an effective rim protector and lob finisher.

Kevon Looney is the other key big that will rotate in with Jones to fill in the big shoes of Cousins throughout a good portion of the regular season. Looney has already had experience in the Warriors regular rotation and will look to continue improving his offensive skills. Last postseason the vivid image of him struggling defending the Rockets pick and roll is still etched in my memory. He got caught in switches that left him isolated on either Harden or CP3, resulting in some easy looks for the Rockets superstar guards. The value he provides rebounding and setting screens for the Warriors shooters will still be too important for Kerr to ignore.

With the core of Curry, Thompson, Durant, Green, Iguodala all returning the final puzzle to this elaborate puzzle will be the arrival of injured superstar DeMarcus Cousins. This is the best possible problem for the coaching staff to have – a potential star center to plug in to the lineup by the second half of the regular season in time for him to acclimate himself for the postseason. In previous seasons Zaza Pachulia was serviceable in his role and McGee flashed some impressive moments but Cousins has the potential to be a problem for the rest of the NBA at the center position. Achilles injuries are notoriously difficult to recover from, especially for bigs, so expect a lot of caution and patience with his return. The positive is Cousins has always relied more on his strength and skill rather than explosiveness and he’s already participating in some 2-on-2 and 3-on-3 practices. Cousins’ arrival only raises the ceiling higher for a team that has already accomplished so much. With greater power comes greater responsibility and that responsibility falls squarely on the shoulders of the glue that drives this offense and keeps the chemistry relaxed on and off the court – Wardell Stephen Curry II.