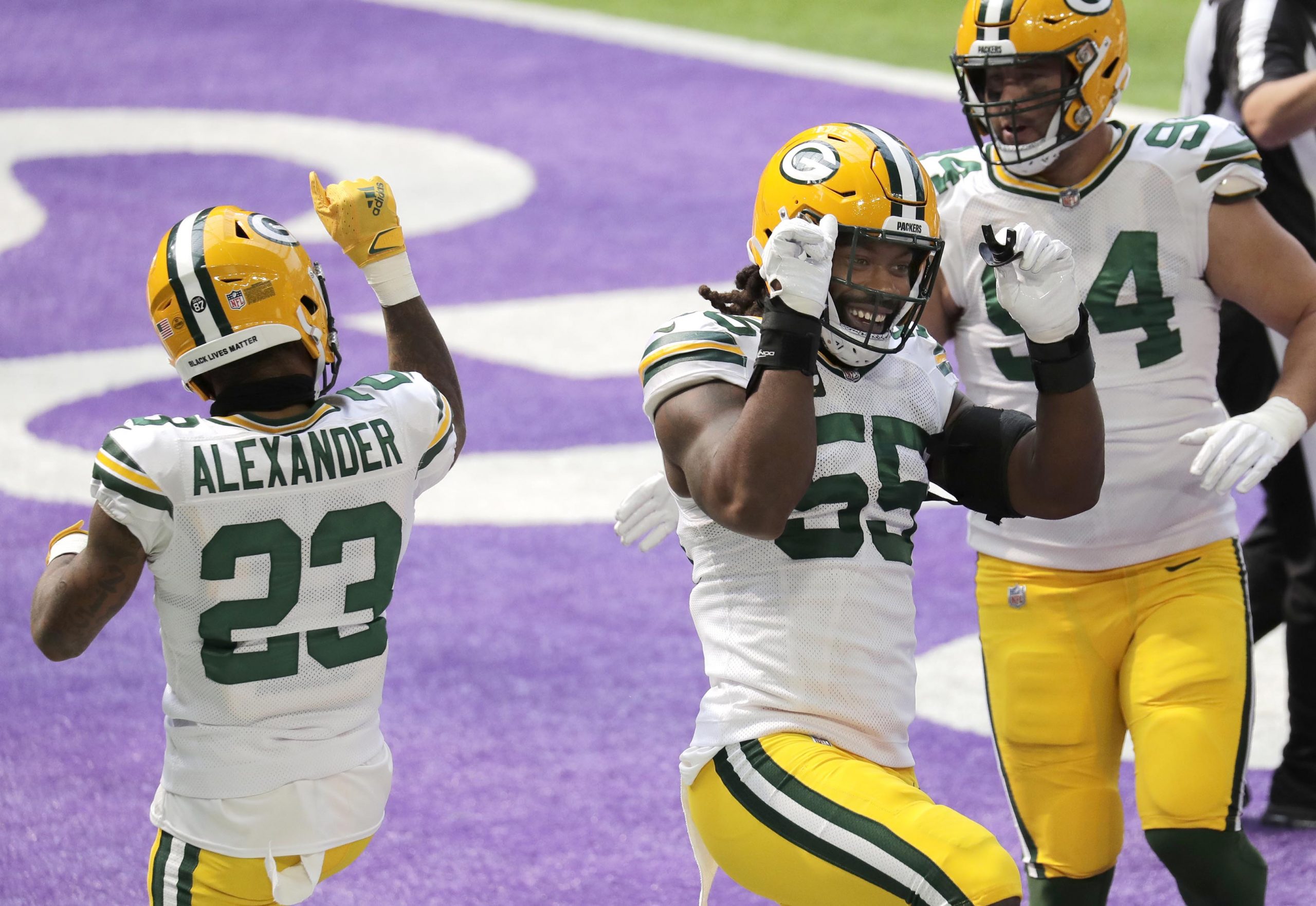 The Packers are off to a 6-2 start and have reached the halfway mark of this unusual 2020 NFL season. The offense has been strong so far this season while the defense’s performance has been inconsistent much of the time.

Here is a look at the Packers defense through the first half of the season. Grades are given to each position group with individual players discussed as part of the position analysis.

The good news is that opponents are averaging just 111 yards per game running the ball against the Packers. However, the biggest reason for that is the Packers have often had big leads which forced opponents to throw the football to try to catch up. The Packers are presently 24th in the league by allowing 4.6-yards per rush.

Kenny Clark is by far the Packers best lineman and his injury in Week 1 has clearly hurt the overall play of this group. Unfortunately, Clark has not been his usual dominant self since returning against Tampa Bay. After making the Pro Bowl a year ago, Clark has only 11 tackles in five games with no sacks and no tackles for loss. The Packers need him to return to form in the second half.

Tyler Lancaster has quietly been a steady force against the run but provides little against the pass. Montravius Adams has made a few plays behind the line of scrimmage but needs to be more consistent. Dean Lowry picked up his first sack of the year against Minnesota but has been average at best. Kingsley Keke had a two sack game against the Saints but has shown only occasional flashes since that. Billy Winn has done an adequate job of filling in when called upon.

Overall, this group has struggled against the run and provided less pressure on opposing quarterbacks than hoped for.

The Packers got outstanding play last season from the Smith Brothers who both had career seasons after signing big free agent deals. This year, Za’Darius has been the Packers best OLB and has seven sacks through eight games. He hasn’t been as dominant at getting pressure on opposing quarterbacks but still has been a strong player at edge.

Preston Smith has been a big disappointment this season. Yes, he’s dropping back into coverage more often, but with only 0.5 sacks and far fewer tackles, he’s not having anywhere near the impact he had last year. Preston also has difficulty holding his lane against the run which was a problem in 2019 as well. The Pack needs him to bounce back in the second half.

Rashan Gary has shown flashes of taking a step forward in his second season, but injuries have slowed him down. The former Michigan star had 1.5 sacks against the Lions but hasn’t managed another sack all season. He has gotten some pressure on opposing quarterbacks but needs to be much more consistent and to create some more splash plays.

Jonathan Garvin and Randy Ramsey haven’t played much but may contribute more in the second half of the season.

The Packers were hoping for improvement here after signing Christian Kirksey. Unfortunately, Kirksey was injured in Week 3 against the Saints and wasn’t playing all that well before he was hurt. Like Blake Martinez, Kirksey was making lots of tackles but they mostly came downfield. Opposing quarterbacks passed well against him and he wasn’t making impact plays or stops near or behind the line of scrimmage. The Packers expect him to return to the lineup soon and need better play from him once he does.

Rookie Krys Barnes has been one of the team’s most pleasant surprises. The undrafted UCLA alum was pressed into service after being cut after training camp and re-signed to the practice squad. He has played well in long spurts despite some rookie mistakes.

Kamal Martin was hurt late in camp after making a big impression on the coaching staff. He has shown why since returning to the lineup although he also makes his share of mental errors. They should go down as he gains experience and feels more comfortable with the defense.

Ty Summers filled in for Kirksey after his initial injury. He tries hard but grades out as a replacement level player most of the time. Oren Burks had his best game against the 49ers but won’t have much of a role on defense if everybody else is healthy. He has filled in on the outside on occasion as well.

Jaire Alexander has taken another step forward in his third season and now grades out as one of the elite cover corners in the game. Alexander has shut down some outstanding receivers this season and held them to no catches or no big plays. In Week 1 in Minnesota, Alexander had a safety and a momentum-changing pick. The only thing holding Alexander back from being a truly elite player is holding on to more interceptions. He may not get the chance since opposing quarterbacks are hesitant to throw his way.

Kevin King has been inconsistent when he’s been healthy, but he has missed four games due to a quad injury. The Packers have missed him. King is in his contract year and needs to show more in the second half to earn a lucrative new deal.

Chandon Sullivan has done a good job as the slot corner. He has one interception and continues to do a consistent job of covering receivers and minimizing gains after the catch.

Josh Jackson has taken over on the outside for King when he’s been out. Jackson has been inconsistent and continues to take too many penalties because he tends to grab receivers when he gets behind a step.

Ka’Dar Hollman tries to play physical and has done well against the run in limited action. When put in late in games, he has had some difficulties with his assignments which have resulted in big plays. Stanford Samuels has played well when he’s in the lineup but has only seen spot duty thus far.

Adrian Amos has been mostly steady and has played up to expectations. He is smart, hard-working and provides leadership but won’t make many flashy plays.

Darnell Savage has been a disappointment this season. The Packers were hoping he would make a second-year jump, but his tackling has been inconsistent, he often takes poor angles to the ball carrier and hasn’t been consistent at all.

Raven Greene provides good run defense as the hybrid S/ILB and came up with a big interception. He struggles to stay healthy but when he’s in the game, the Packers defense does improve a bit, especially against the run. Will Redmond struggles against the run but plays better in pass coverage and when he’s healthy.

Mason Crosby has been perfect on field goal attempts this season while missing just one extra point. He’s accomplished this despite fighting through Covid-19 when camp started and struggling through injuries that make the team question whether he can be ready to kick each week.

J.K. Scott is averaging 46.0 yards per punt and has been consistent when called upon. He did have one punt blocked but it was mostly due to poor blocking by Dexter Williams on the play. Scott also took over on kickoffs with Crosby struggling. The results have been mostly mixed.

Special teams coverage has been better this season after being a problem area in recent seasons. It’s not spectacular but has been more consistent and hasn’t allowed any big, game-changing returns.

Tyler Ervin hasn’t been as productive on returns as he was last season. When he’s been hurt, Darrius Shepherd has filled in and has slightly better numbers than Ervin although he’s not as much of a threat to break a long return. 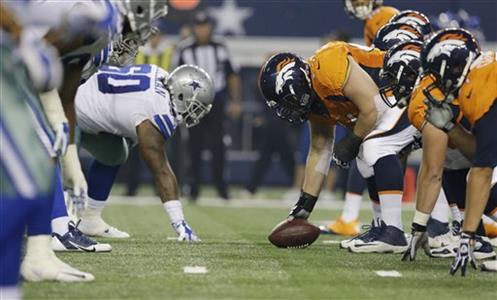