Is Jordan Love Ready To Be Packers’ Number Two Quarterback? 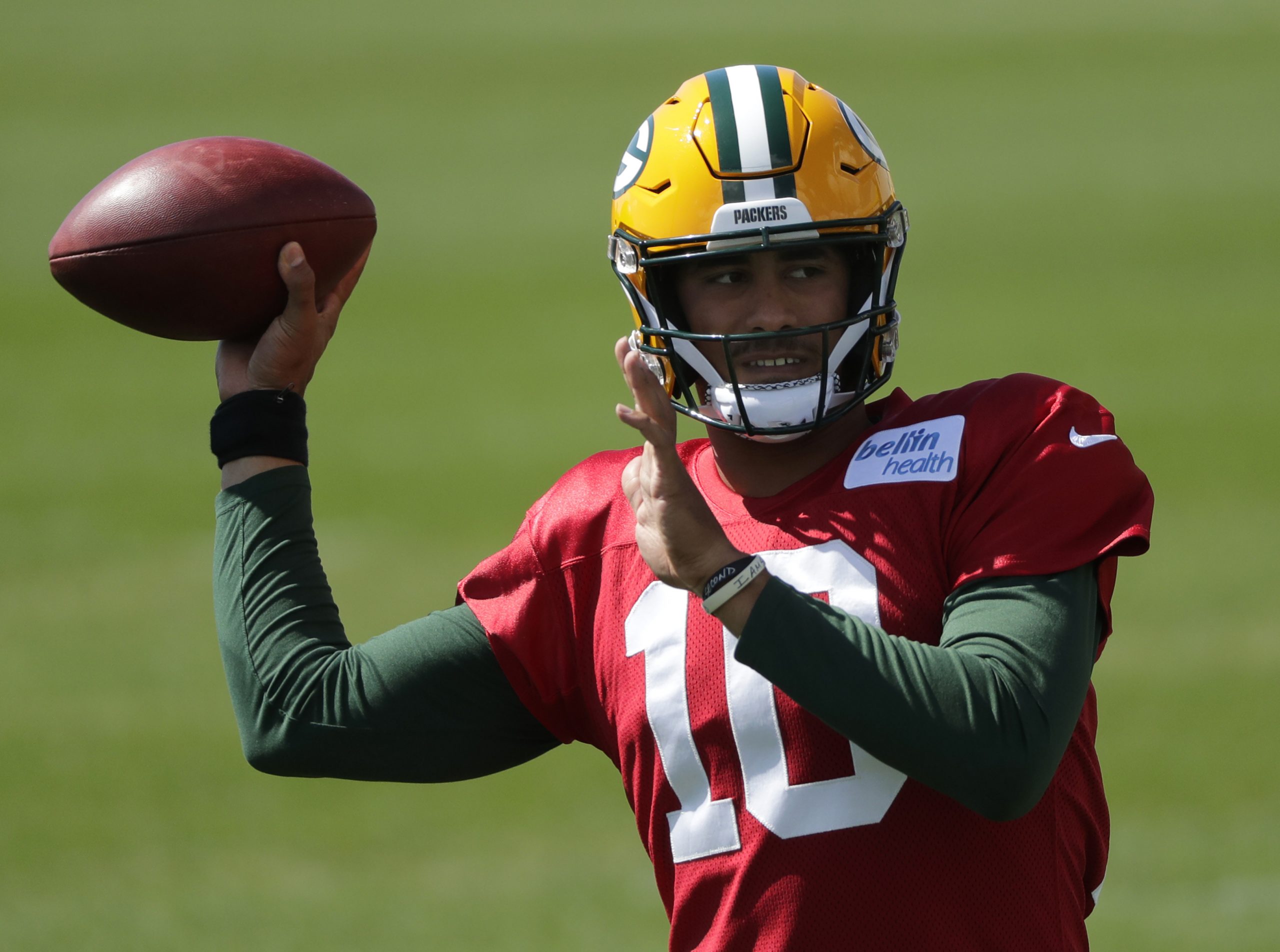 The Green Bay Packers announced that they will not offer backup quarterback Tim Boyle a tender offer thus making Boyle an unrestricted free agent. While it is still possible that nobody else signs Boyle and he returns to the Packers, that is unlikely. This announcement makes it likely that 2020 first-round pick Jordan Love will take over as the Packers backup quarterback next season.

The Packers traded up to select Love last season, trading away a fourth-round pick in the process. Because of the Covid-19 pandemic, Love did not have normal preparation for his rookie season. There were no OTAs, minicamps or preseason games while training camp was shorter than usual and featured fewer practices in pads.

As a result, Love remained third on the Packers depth chart at quarterback throughout his rookie season. He was not on the active roster for any of the Packers games during the regular season or their playoff contests.

Scouts and coaches saw the potential in Love with his strong arm and athletic ability but they also knew he would need time to develop before he was ready to start in the NFL. Not having a normal offseason and preseason last year certainly set Love back a bit. But now, with the Packers parting ways with Boyle, it appears they are ready to trust the backup spot to the second-year man out of Utah State in 2021.

The Packers appear confident that Love is ready for the job. In December, quarterbacks coach Luke Getsy praised Love and touted the progress he had made over the course of the season. “He’s done a really good job with the mental part of the game,” Getsy said. “We spend time each and every day honing-in on his fundamentals and things like that, trying to get them tighter. He takes a bunch of reps with the practice squad so we use those as live reps and try to relate the plays that other teams run to the plays that we run so that he’s getting somewhat close to a live bullet each and every day. So that part of it’s been really good. And then the one-on-one time we get on the practice field each and every day has been very beneficial. Nothing compares to getting live reps, but as far as from where he was in training camp to where he is now, I think he’s much farther along and understands what we’re trying to accomplish in our offense.”

Wide receiver Allen Lazard also noticed improvement from Love in practice as the season progressed. “One thing that I’ve noticed about Jordan is him just developing every single day and getting more comfortable,” Lazard explained. “Obviously with all the external things going on, this is a crazy year and everything, and I think he’s been able to handle everything very well. Especially with the virtual meetings, coming in right away and trying to learn a very intricate offense, especially with Aaron Rodgers kind of just leading the whole pack and having his whole playbook open and trying to pick up little notes here and there. I think Jordan’s done a great job with his role this and trying to sit back and eat up as much information as he can.”

If the Packers make Love the backup this season, it shows they have a certain amount of confidence in their second-year signal caller. It means that if something were to happen to starter Aaron Rodgers, the Packers would be relying on Love to take over and lead the team. How he performs during the preseason will go a long way towards determining how much confidence the coaching staff will have in Love. It will be a test to see if he’s ready for the increased responsibility.

The Packers may still re-sign Boyle if there’s no market for him elsewhere, or they could draft a quarterback on the third day of the draft or sign an inexpensive veteran backup, depending on what the market price will be.

It is more likely that the Packers may keep only two quarterbacks on the active roster in 2021. That would likely mean they could sign a rookie quarterback to the practice squad for depth purposes. This is what head coach Matt LaFleur did in 2019, his first season in the NFL. Boyle was the only backup on the roster. The Packers still had rookie Manny Wilkins available on the practice squad if they needed him.

Green Bay has used their first round pick on a quarterback four times since the NFL/AFL merger in 1970. They selected Jerry Tagge from Nebraska in 1972, Cal’s Rich Campbell in 1981, Rodgers in 2005 and now Love in 2020. Of the previous three, only Rodgers became a quality starter in the NFL. Tagge started 12 games between 1972 and 1974 while Campbell never started a game in his four-year NFL career. Certainly, they are hoping Love follows Rodgers’ model and not those of Tagge and Campbell.

The likely departure of Boyle puts a lot more responsibility on Love’s shoulders. The Packers will quickly see whether their quarterback of the future is ready to handle it. The next step in the development or Jordan Love starts now.