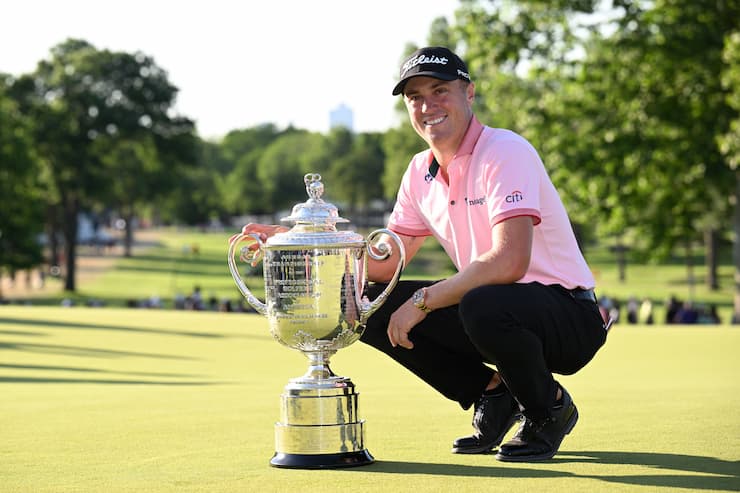 What Thomas was able to accomplish on Sunday in Tulsa was simply magical. No one expected him to take the title heading into the final round. Heading into the 55th hole, he was in seventh place, at -2, and seven strokes back of the leader Mito Pereira of Chile.

Related: 2022 PGA Championship Live Updates For The Third Round At Southern Hills

In the fourth round, Thomas was consistent, while Pereira struggled, like he did at times in the third round on Saturday. On the front nine, Thomas was actually only even par. He birdied the fifth and ninth holes, and bogeyed the third and sixth holes. On the back nine, Thomas did not have a hole over par. He birdied the 11th, 12th, and 17th holes, to finish his round at -3. Thomas went from -2 to -5.

Pereira’s struggles were signified the most on the 18th hole. With an attempt to win the tournament on the final hole, all Pereira needed was a par to win the PGA Championship or a bogey to force a playoff. However nerves got to the Chilean, as he went into the water with his tee shot and settled for double bogey. As a result, Thomas and fellow American Will Zalatoris entered a playoff at -5. Cam Young and Pereira finished at -4. England’s Matt Fitzpatrick and Tommy Fleetwood, and American Chris Kirk finished at -3. Meanwhile Rory McIlroy of Northern Ireland finished at -2.

Related: 2022 PGA Championship Live Updates For The Fourth Round At Southern Hills

Thomas became only the second golfer ever to come back from seven shots heading into the final round of the PGA Championship and take the title. The first was John Mahaffey of Kerrville, Texas in 1978.