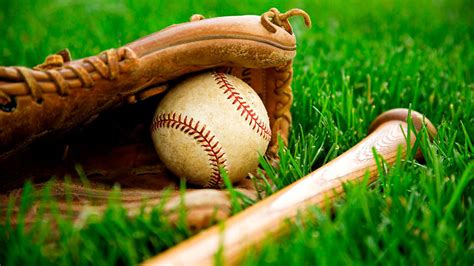 Major League Baseball may have shut everything down just in the nick of time.

The following day, after a conference call with all 30 MLB owners, MLB Commissioner Rob Manfred stated that, as of 4PM (ET) on March 12, 2020, Spring Training was cancelled and Opening Day would be postponed.

Then on March 25th Commissioner Manfred said in a press briefing that the 2020 MLB season itself could be completely cancelled “if the coronavirus does not pass.”

The deadly pandemic had spread so quickly by mid-March that it was only two weeks between the Post’s initial call for a shutdown and the Commissioner’s warning that there might not be a 2020 baseball season.

But by then a number of minor league players and baseball front office employees had already been infected with the virus.

On March 24th the Boston Red Sox reported that a player in their minor league system tested positive, and on March 29th it was announced that two Chicago Cubs employees also tested positive.

The week that MLB took action to shut down its operations, the NHL (National Hockey League), MLS (Major League Soccer), US Soccer, the NCAA (college basketball), and various tennis associations also suspended play. While these moves were both necessary and positive, we know it won’t stop athletes from coming down with the virus.

After two members of the NBA’s Utah Jazz tested positive last month, it was ominously announced that those players had just finished playing ten games over the last ten days.

As we begin the month of April 2020, there is one terrible certainty: pandemic health professionals have said the toll of the virus in the United States and around the world is about to get exponentially bad. And it won’t magically end in May.

To get through the next two months is critical for countries, for families, and for individuals. Being smart about this disastrous pandemic and following the lead of health and science professionals is the key to avoiding COVID-19 infection.

And informed macro decisions made for the greater good of the country and the world will be mandatory if there’s going to be a best-case survival scenario.

Whatever we’ve done until now, it’s time to double down. As we’ve been told by the Centers for Disease Control health professionals: tighten up personal/family safety and observe social distancing; wash hands often; and keep your fingers away from your nose, mouth, eyes, and ears. And then audit your behavior every day to ensure these safe practices stay firmly in place.

The goal is to get through the next 60 days safely, because (amazingly) there is actually going to be an “after” on the other side.

Baseball’s last Spring Training game was played on March 12, 2020 between the Atlanta Braves and the Detroit Tigers. Although the contest happened in a world already deep in disaster, it seems now like it’s from another time and a misty faraway place.

The Braves and Tigers played a full 9 innings that day and Atlanta won 5-3, after four other Spring games had been completed that same Thursday.

Attending baseball’s final game before the shutdown were 6,137 fans, basking in the stands that afternoon at Detroit’s Lakeland, Florida Spring Training complex.

The game was played in three hours and twelve minutes, and I swear I’ll never again complain about the length of a Major League Baseball game.