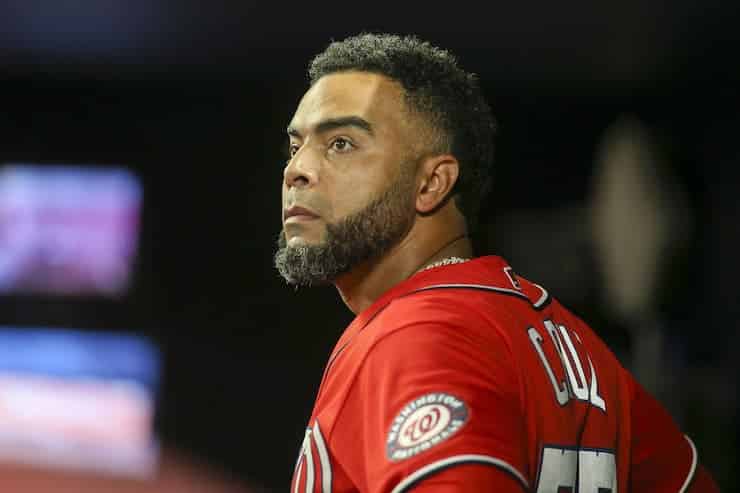 One of the biggest stories in Major League Baseball so far this season is that hitting is down across the board. One glimpse at player’s statistics, and it is frequent to see hitters batting below the Mendoza line. Among the players who are struggling at the moment are in fact, designated hitters.

Don’t forget there are 15 more designated hitters in Major League Baseball this season, as the National League no longer has the pitchers hit as of 2022. However, not many people expected so many designated hitters struggle in basically the only thing they are expected to do, and that is hit.

As of Monday, there were 11 designated hitters who have had a minimum of 3.1 plate appearances per game. Among those 11 hitters, three are hitting below .200. They are Kyle Schwarber of the Philadelphia Phillies at .177, Franmil Reyes of the Cleveland Guardians at .172, and Nelson Cruz of the Washington Nationals at .169.

Schwarber is a career .235 hitter, and lately, he has been extremely frustrated with the umpiring. On Sunday, in the Phillies’s Sunday Night Baseball 1-0 loss to the Milwaukee Brewers, he got ejected in the ninth inning for arguing a strike that he did not think was in the strike zone.

Reyes is a career .257 hitter, and has two Major League seasons with 30 home runs under his belt. However in 2022, Reyes only has two extra base hits in 61 plate appearances.

Cruz meanwhile is clearly battling Father Time. At 41 years of age, the best years for Cruz are definitely behind him. The Nationals should be developing their younger players a lot more rather than continuingly giving Cruz at bats. Yes, I know he had 32 home runs and 86 runs batted in last season in Minnesota and Tampa Bay last season, but Cruz only batted .176 with the Rays in the 2021 ALDS.

Related: MLB and MLBPA come to a deal on a new Collective Bargaining Agreement