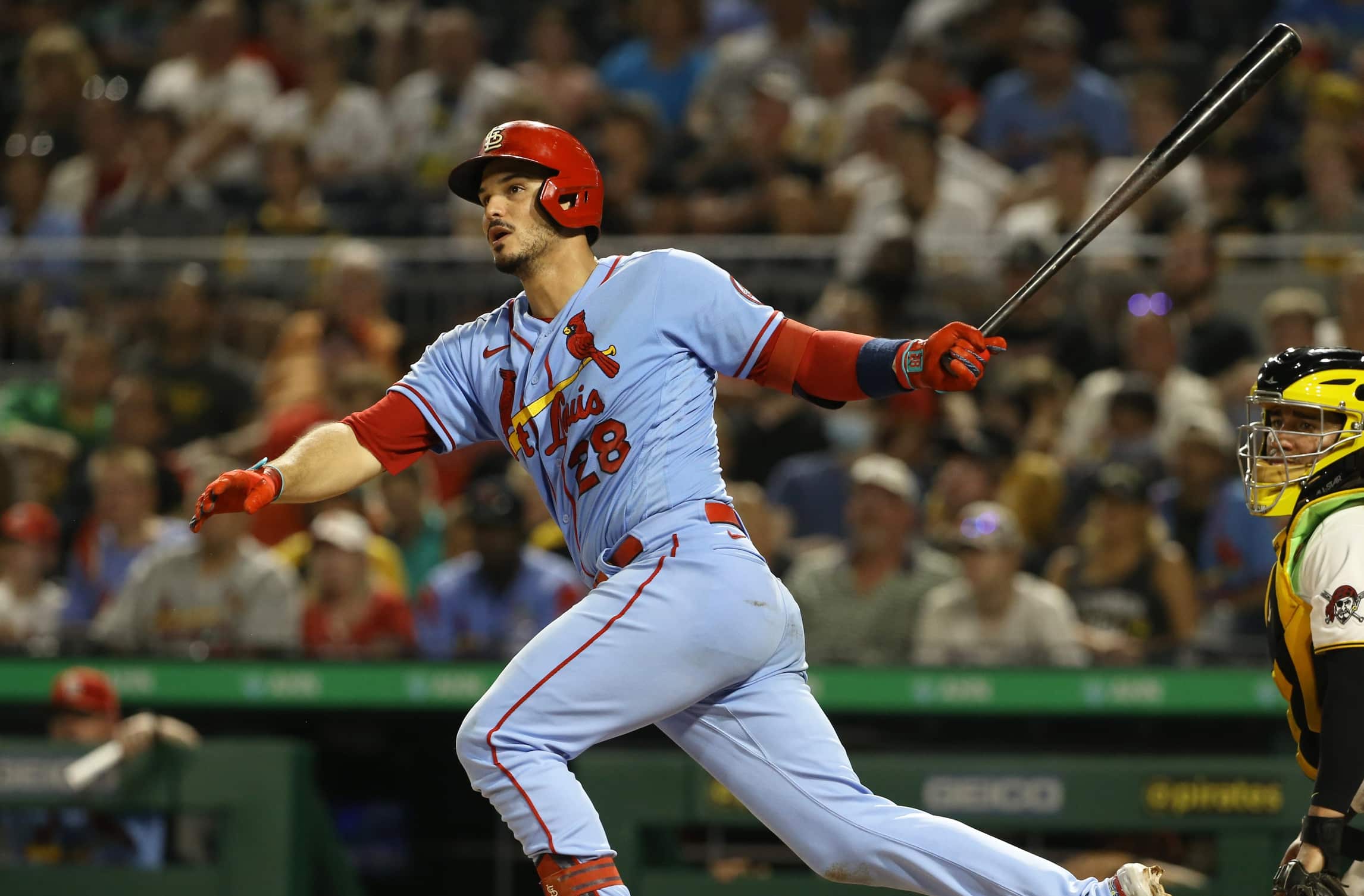 St. Louis Cardinals third baseman Nolan Arenado of Newport Beach, California, and Houston Astros first baseman Alex Bregman of Albuquerque, New Mexico were named the National League and the American League players of the week respectively on Monday. This is the first time that Major League Baseball has presented the players of the week to the American League and National League since MLB announced that the designated hitter will permanently occur in the senior circuit, as part of the new collective bargaining agreement.

In three games, Arenado batted .500 with six hits in 12 at bats. He had three doubles, two home runs and one single as the Cardinals won two of three games on the weekend against the Pittsburgh Pirates. The three doubles came in a 6-2 Cardinals win over the Pirates on Saturday. Arenado also scored four runs and had seven runs batted in, one walk and 15 total bases. He has an on base percentage of .538, a slugging percentage of 1.250, and an OPS (on base plus slugging percentage) of 1.788. Arenado currently leads Major League Baseball in doubles and slugging percentage, and the National League in home runs, runs batted in and total bases.

In four games, Bregman batted .429 with two home runs and six runs batted in. He also scored four runs, and had six hits, 12 total bases, with an on base percentage of .429, and a slugging percentage of .857. Bregman was part of an Astros team that won three of four games against the Los Angeles Angels. In the Astros’s first two games of the season, a 3-1 Houston win over Los Angeles on April 7, and in a 13-6 Houston win over Los Angeles on April 8, Bregman hit a dinger in each contest.

The game Bregman only had one at bat, Houston struggled offensively mightily. It came in a 2-0 Houston loss to the Angels, as the Astros had no answer for Angels starting pitcher Noah Syndergaard.